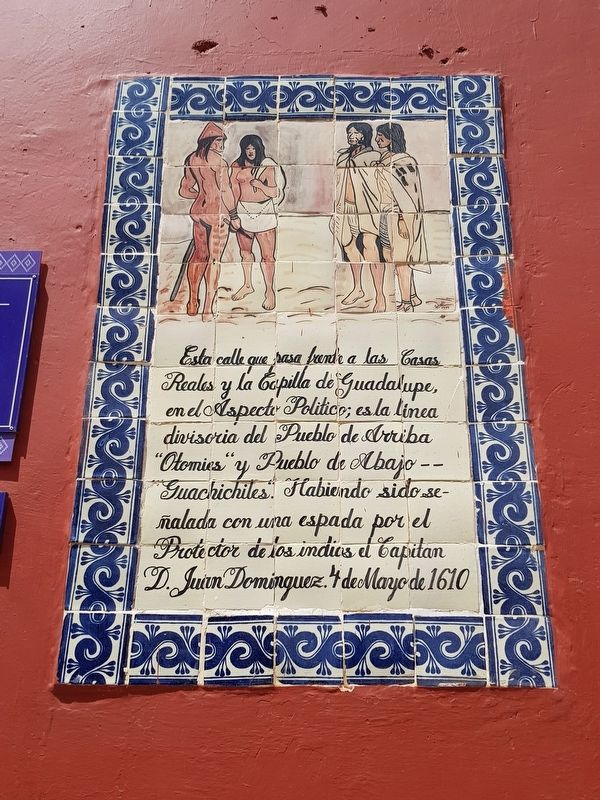 Photographed By J. Makali Bruton, March 16, 2019
1. Otomíes and Guachichiles Marker
Inscription.
English translation: , This street that passes here in front of the Royal Treasury (Casas Reales) and the Chapel of Guadalupe was the political dividing line between the "Otomíes", or Upper Town, and the "Guachichiles", or Lower Town. This line was marked with a sword by the Protector of the Indians, Captain Juan Domínguez on May 4, 1610. . This historical marker was erected in 1999. It is in Santa María del Río San Luis Potosí Mexico