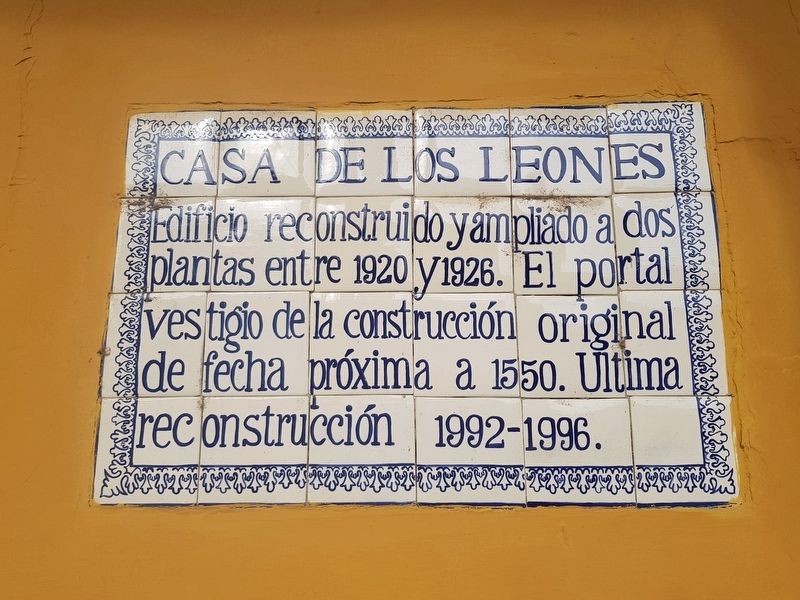 Photographed By J. Makali Bruton, May 4, 2019
1. Casa de los Leones Marker
Inscription.
English translation: , House of the Lions , This building was reconstructed and enlarged to two floors between 1920 and 1926. The entryway is a remnant of the original construction from around 1550. The last reconstruction was done from 1992-1996. . This historical marker is in Granada Nicaragua