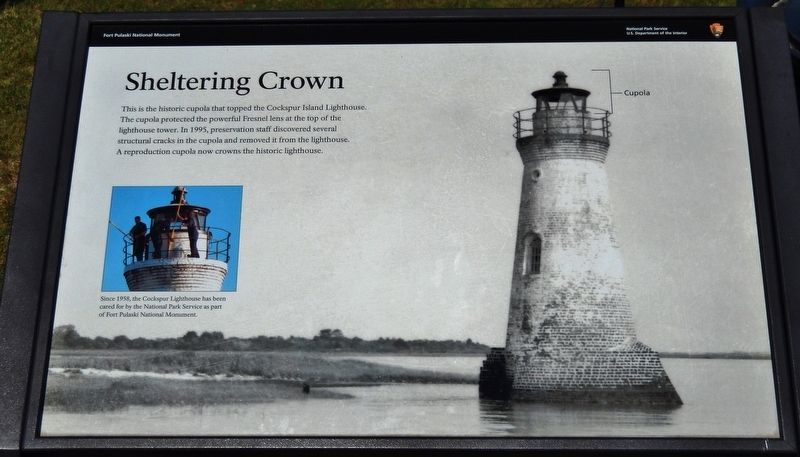 Photographed By Cosmos Mariner, April 30, 2019
1. Sheltering Crown Marker
Inscription.
Sheltering Crown. Fort Pulaski National Monument. This is the historic cupola that topped the Cockspur Island Lighthouse. The cupola protected the powerful Fresnel lens at the top of the lighthouse tower. In 1995, preservation staff discovered several structural cracks in the cupola and removed it from the lighthouse. A reproduction cupola now crowns the historic lighthouse., Since 1958, the Cockspur Lighthouse has been cared for by the National Park Service as part of Fort Pulaski National Monument. . This historical marker was erected by National Park Service, U.S. Department of the Interior. It is Near Tybee Island in Chatham County Georgia

Since 1958, the Cockspur Lighthouse has been cared for by the National Park Service as part of Fort Pulaski National Monument.

Topics and series. This historical marker is listed in these topic lists: Communications • Forts and Castles • Parks & Recreational Areas • Waterways & Vessels. In addition, it is included in the Lighthouses series list. 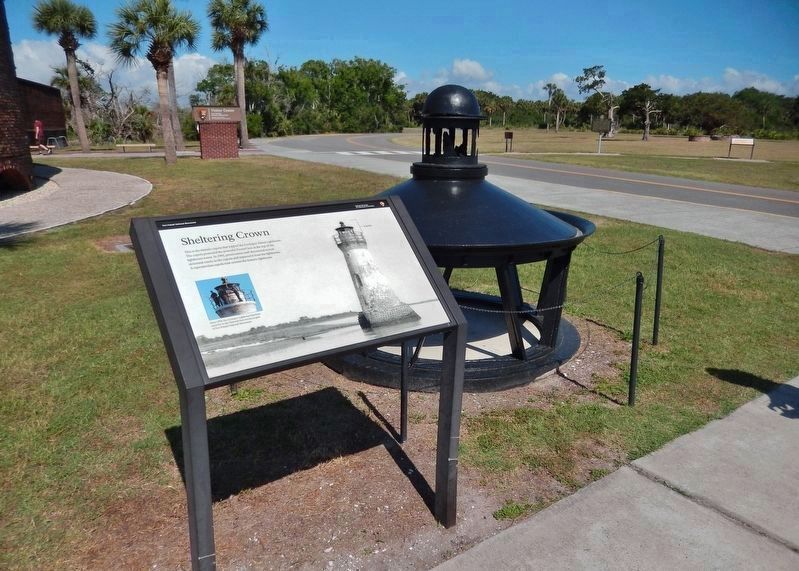 Click or scan to see
this page online
along the walkway between the Visitor Center and the fort. Touch for map. Marker is in this post office area: Tybee Island GA 31328, United States of America. Touch for directions.

Also see . . .
1. Cockspur Island Lighthouse. Situated on an islet off the southeastern tip of Cockspur Island marking the South Channel of the Savannah River, the Cockspur Lighthouse is stands twelve miles east of the port of Savannah. The first brick tower, used as a daymark, was built on Cockspur Island between March 1837 and November 1839. Tragedy struck in 1854 when the structure was destroyed by a hurricane. The tower was rebuilt and enlarged on the same foundation the next year. On April 10, 1862, Union forces in eleven batteries stretching along the beach at Tybee Island, started a long range bombardment of Fort Pulaski. Thirty-six guns participated in a thirty-hour siege of the fort with the Cockspur Lighthouse 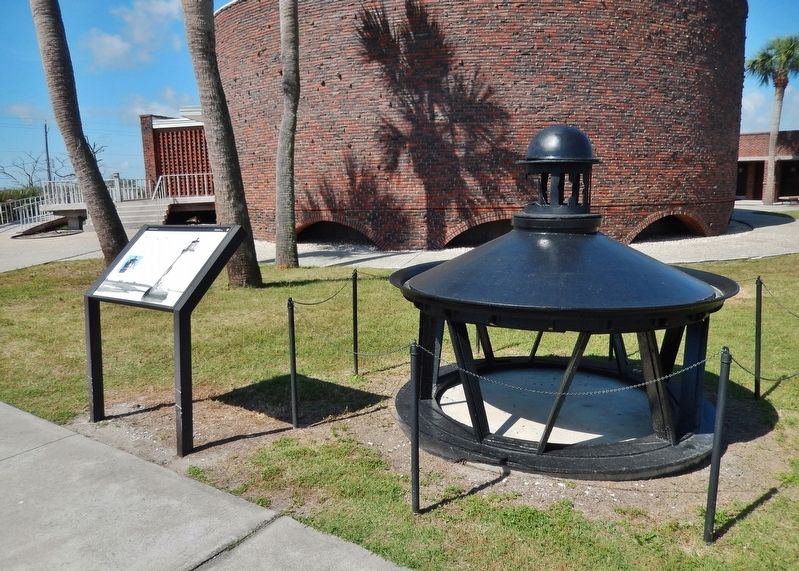