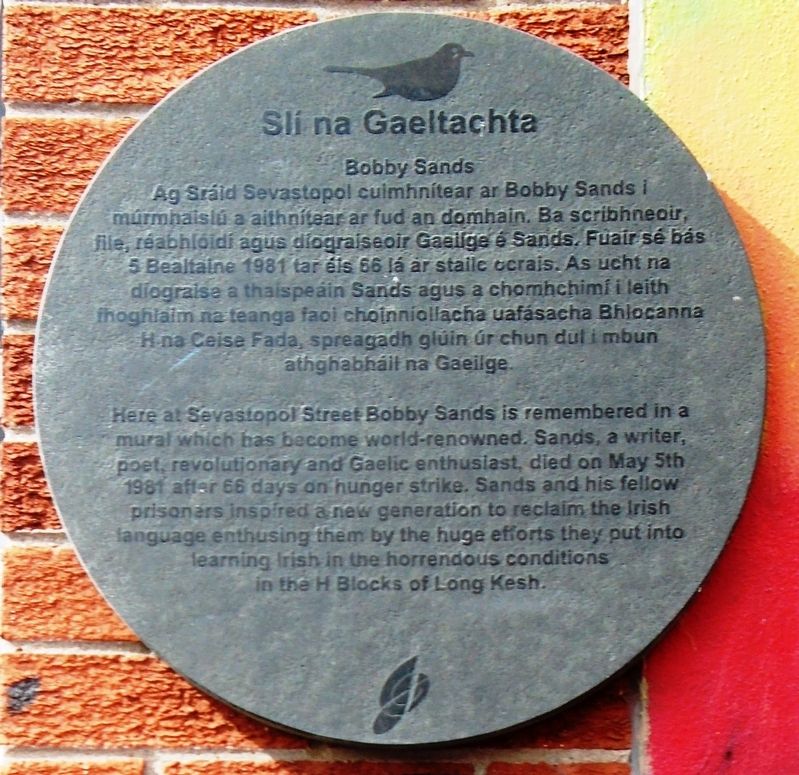 Photographed By William Fischer, Jr., May 13, 2019
1. Bobby Sands Marker
Inscription.
Here at Sevastopol Street Bobby Sands is remembered in a mural which has become world-renowned. Sands, a writer, poet, revolutionary and Gaelic enthusiast, died on May 5th 1981 after 66 days on hunger strike. Sands and his fellow prisoners inspired a new generation to reclaim the Irish language enthusing them by the huge efforts they put into learning Irish in the horrendous conditions in the H Blocks of Long Kesh.

Everyone Republican or otherwise has their own particular role to play

...our revenge will be the laughter of our children

"I'll wear no convicts uniform, nor meakly serve my time, that Britain might make Irelands fight 800 years of crime......... . This historical marker is in Belfast Northern Ireland United Kingdom