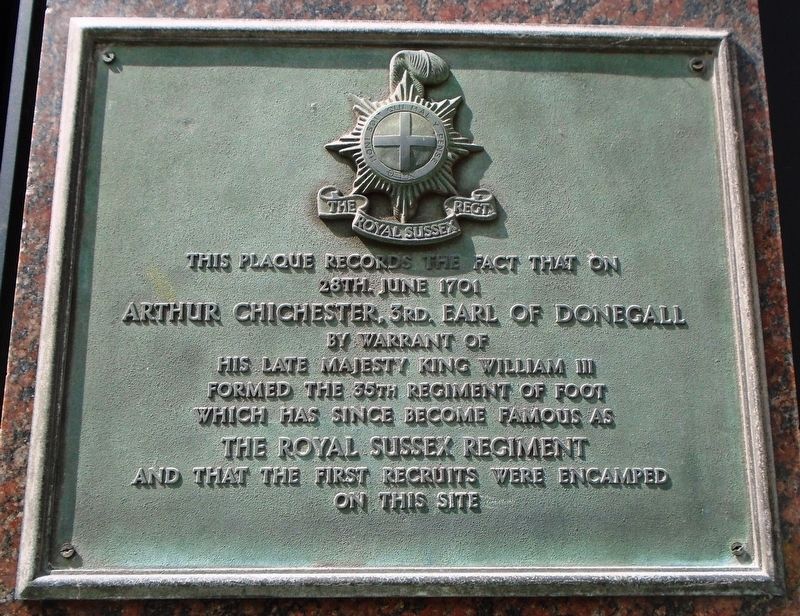 This plaque records the fact that on
28th. June 1701
Arthur Chichester, 3rd. Earl of Donegall
by warrant of
his late Majesty King William III
formed the 35th Regiment of Foot
which has since become famous as
The Royal Sussex Regiment
and that the first recruits were encamped
on this site 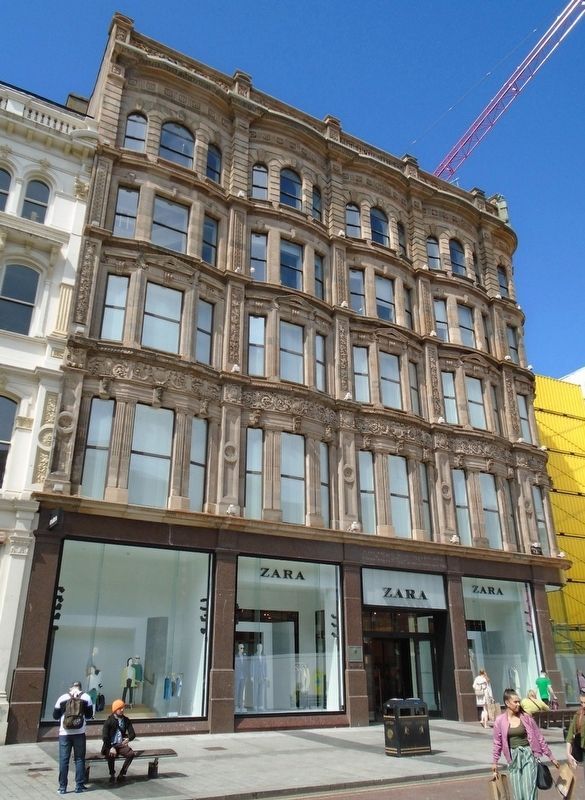