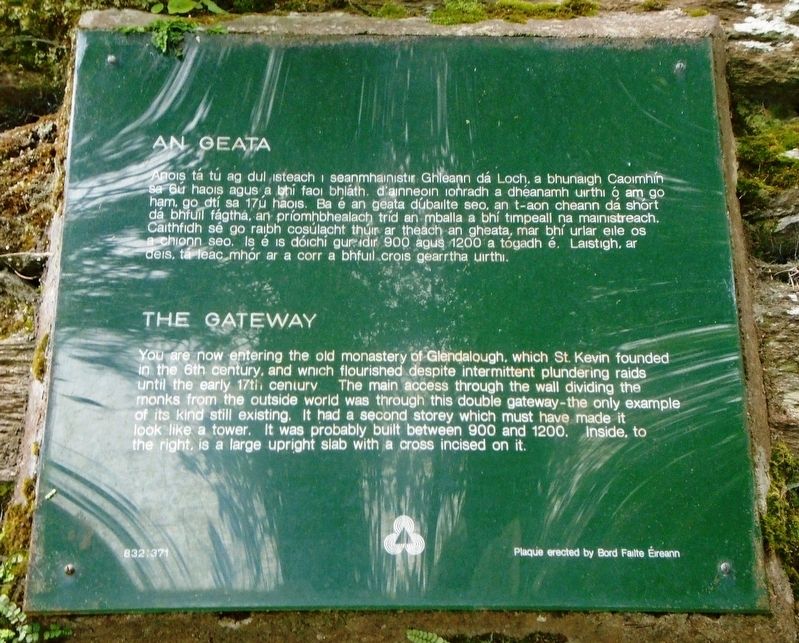 Photographed By William Fischer, Jr., May 16, 2019
1. An Geata / The Gateway Marker
Inscription.
The Gateway

You are now entering the old monastery of Glendalough, which St. Kevin founded in the 6th century, and which flourished despite intermittent plundering raids until the early 17th century. The main access through the wall dividing the monks from the outside world was through this double gateway-the only example of its kind still existing. It had a second storey which must have made it look like a tower. It was probably built between 900 and 1200. Inside, to the right, is a large upright slab with a cross incised on it. . This historical marker was erected by Bord Failte Éireann. It is in Glendalough in County Wicklow Leinster Ireland