Monument to the Mexican Merchant Marine 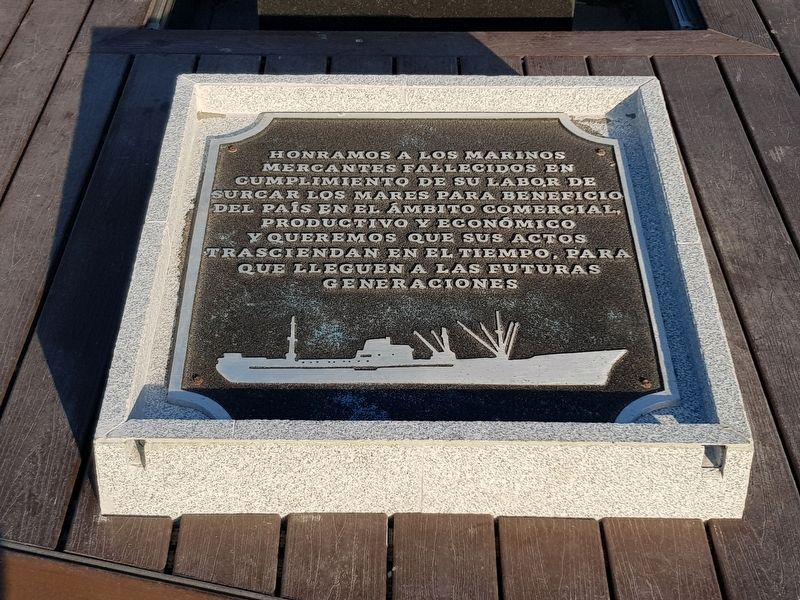 By J. Makali Bruton, April 21, 2019
1. Monument to the Mexican Merchant Marine Marker
Inscription.
English translation: . We honor the members of the Merchant Marine fallen in fulfillment of their work to sail the seas for the commercial, productive and economic benefit of the country and we want their actions to transcend in time, so that they reach future generations . This historical marker is in Veracruz in Municipality of Veracruz Mexico