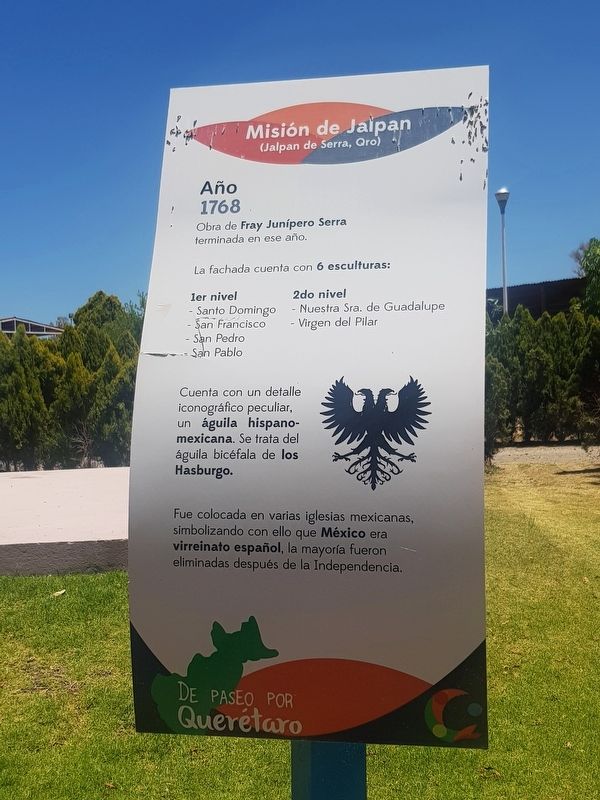 Photographed By J. Makali Bruton, April 18, 2019
1. The Mission at Jalpan Marker
Inscription.
English translation: , The Mission at Jalpan , (Jalpan de Serra, Querétaro) , 1768 ∙ It was the work of Friar Junípero Serra and completed in that year. , , The facade has six sculptures: , 1st level – Saint Dominic, Saint Francis, Saint Peter and Saint Paul , 2nd level - Our Lady of Guadalupe and Our Lady of the Pillar , , The façade includes a peculiar iconographic detail of a Spanish-Mexican eagle. It is the double-headed eagle of the Hapsburgs. It was placed on several Mexican churches, symbolizing that Mexico was governed by a Spanish viceroyalty, although most were eliminated after Independence. . This historical marker is Near Santa Rosa Jáuregui in Querétaro Mexico