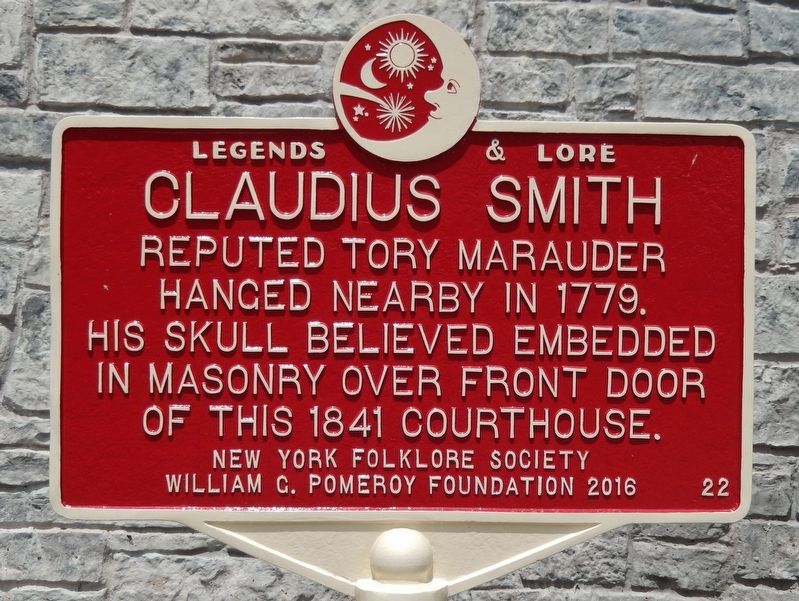 Photographed By Cosmos Mariner, June 29, 2019
1. Claudius Smith Marker
Inscription.
Claudius Smith. .
Reputed Tory marauder hanged nearby in 1779. His skull believed embedded in masonry over front door of this 1841 courthouse.. . This historical marker was erected in 2016 by New York Folklore Society and William C. Pomeroy Foundation. It is in Goshen in Orange County New York

Reputed Tory marauder
hanged nearby in 1779.
His skull believed embedded
in masonry over front door
of this 1841 courthouse.

Topics and series. This historical marker is listed in these topic lists: Colonial Era • Law Enforcement • War, US Revolutionary. In addition, it is included in the William G. Pomeroy Foundation Legends & Lore Series series list. A significant historical year for this entry is 1779.

Location. 41° 24.165′ N, 74° 19.31′ W. Marker is in Goshen, New York, in Orange County. Marker is on Main Street (State Highway 207) south of Court Lane, on the right when traveling south. Located near the SW corner of the 1841 Orange County Courthouse, facing Main St. Touch for map. Marker is at or near this postal address: 99 Main Street, Goshen NY 10924, United States of America. Touch for directions. 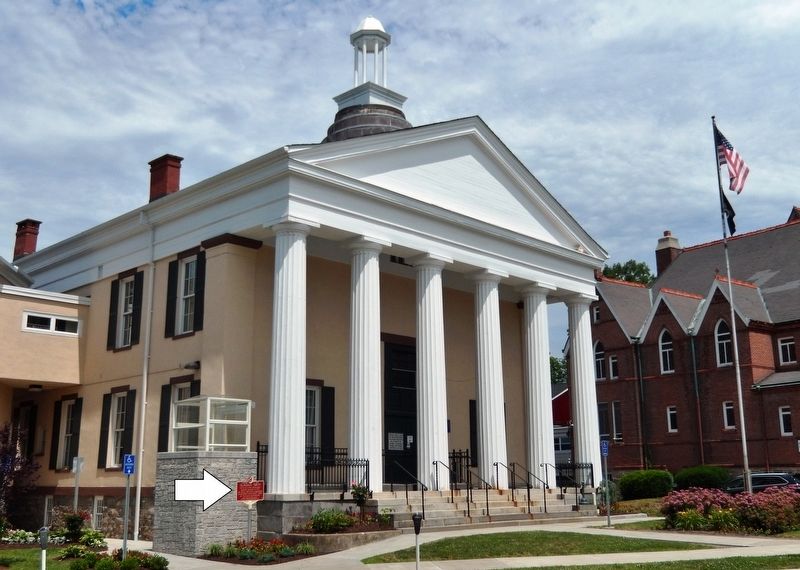 Also see . . .  Claudius Smith, "Cowboy of the Ramapos", hangs. History website entry:
Among the bands of marauders were “cowboys” sympathetic to the British cause and “skinners” sympathetic to the Patriot cause. The leader of the Ramapo cowboys was Claudius Smith. Smith had been captured once, confined to Goshen Jail and escaped, but his luck ran out. On Oct. 31, 1778, a proclamation was issued offering a reward for the capture of Claudius Smith and two of his sons. Austin and Claudius were captured separately on Long Island in November 1778. Smith's trial was held Jan. 2, 1779, at Goshen. Smith pleaded not guilty and was tried by a jury consisting of 18 men, upon which a verdict of guilty was rendered. On Jan. 13, Smith was brought before the judge and jury where sentence was pronounced, "that he should be hanged by the neck until he is dead." (Submitted on July 2, 2019, by Cosmos Mariner of Cape Canaveral, Florida.) 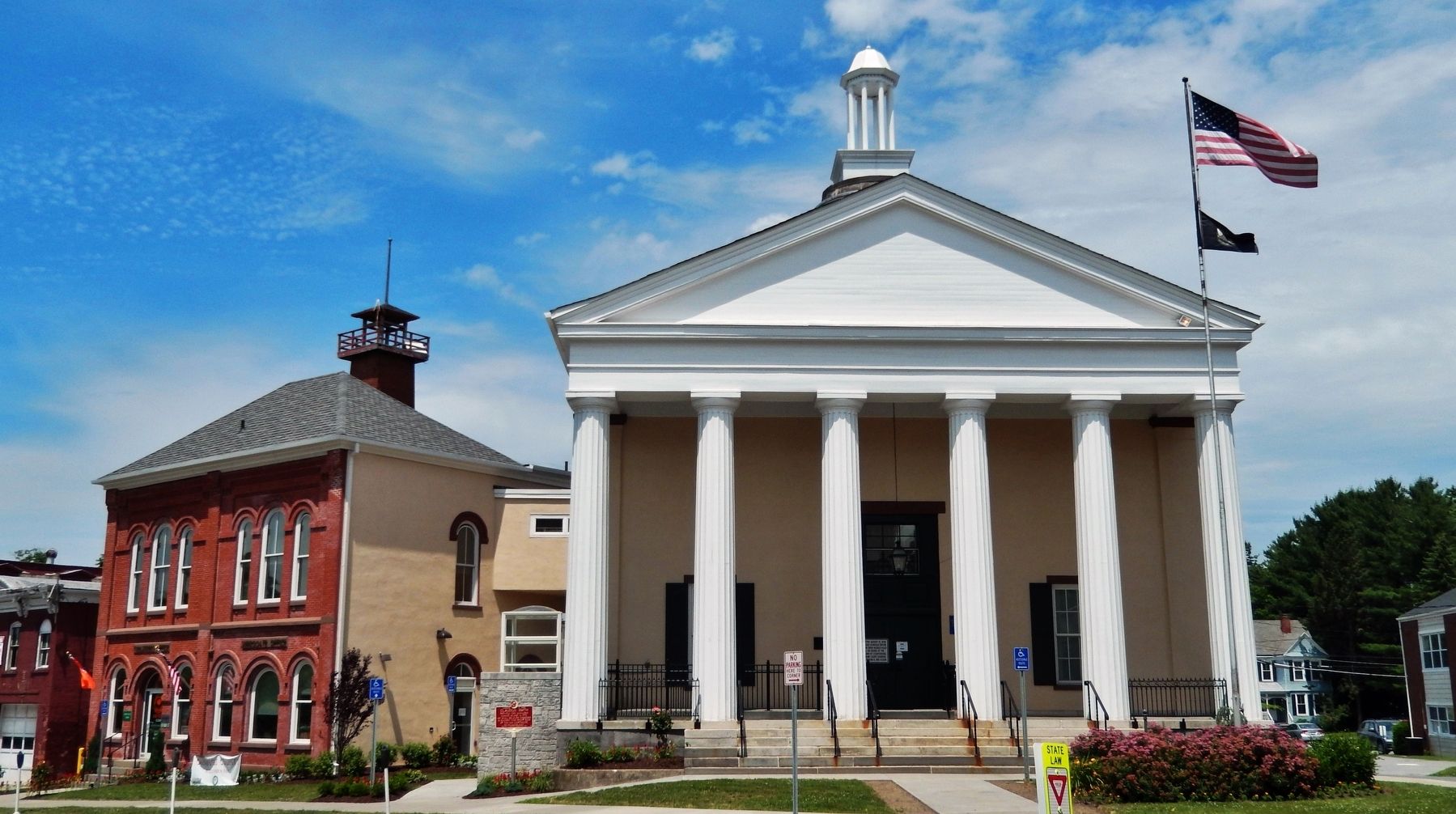