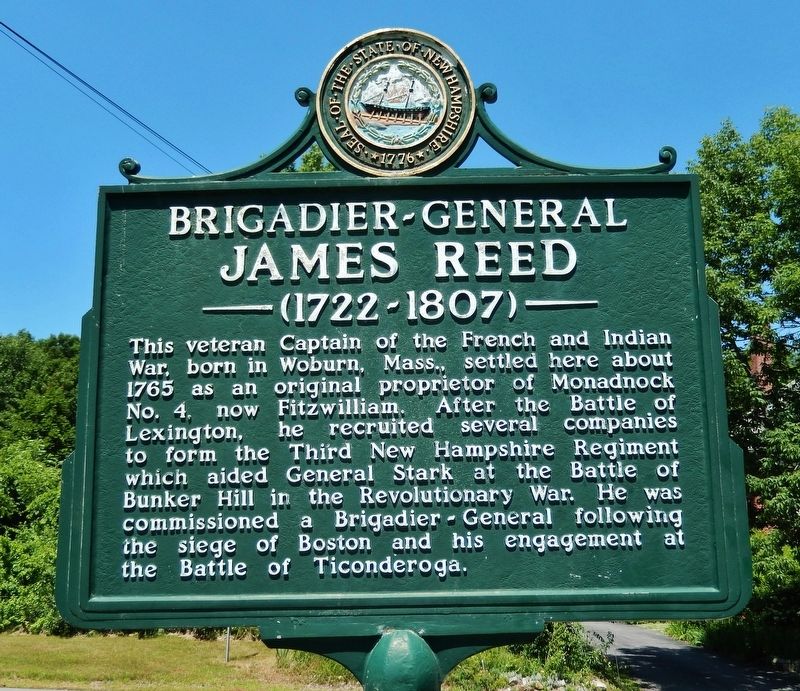 This veteran Captain of the French and Indian War, born in Woburn, Mass., settled here about 1765 as an original proprietor of Monadnock No. 4, now Fitzwilliam. After the Battle of Lexington, he recruited several companies to form the Third New Hampshire Regiment which aided General Stark at the Battle of Bunker Hill in the Revolutionary War. He was commissioned a Brigadier General following the siege of Boston and his engagement at the Battle of Ticonderoga.

Topics. This memorial is listed in these topic lists: Colonial Era • Settlements & Settlers • War, French and Indian • War, US Revolutionary.

Other nearby markers. At least 8 other markers are within 4 miles of this marker, measured 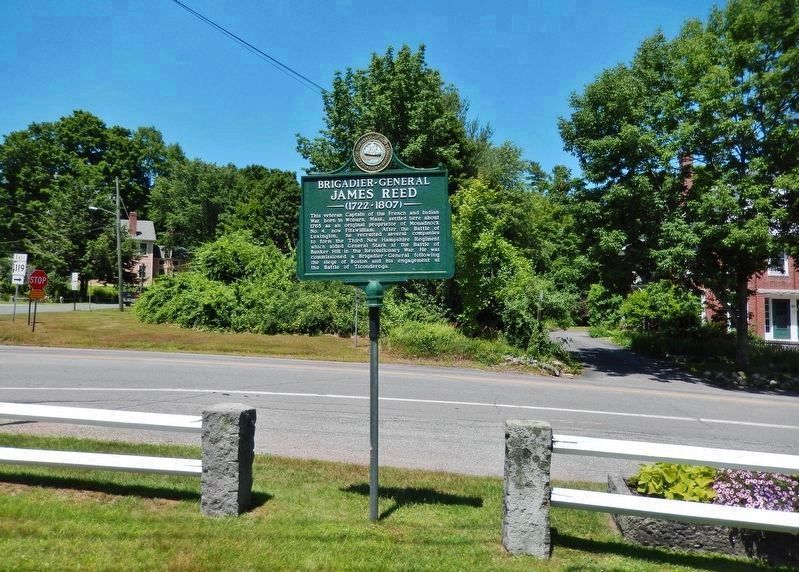 Related markers. Click here for a list of markers that are related to this marker. Brigadier General James Reed