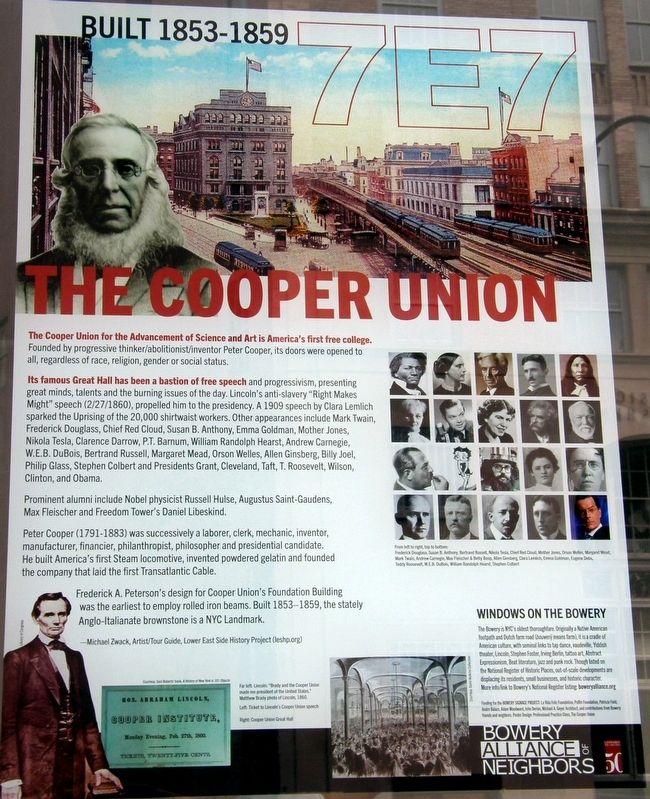 The Cooper Union for the Advancement of Science and Art is America’s first free college. Founded by progressive thinker/abolitionist/inventor Peter Cooper, its doors were opened to all, regardless of race, religion, gender or social status. 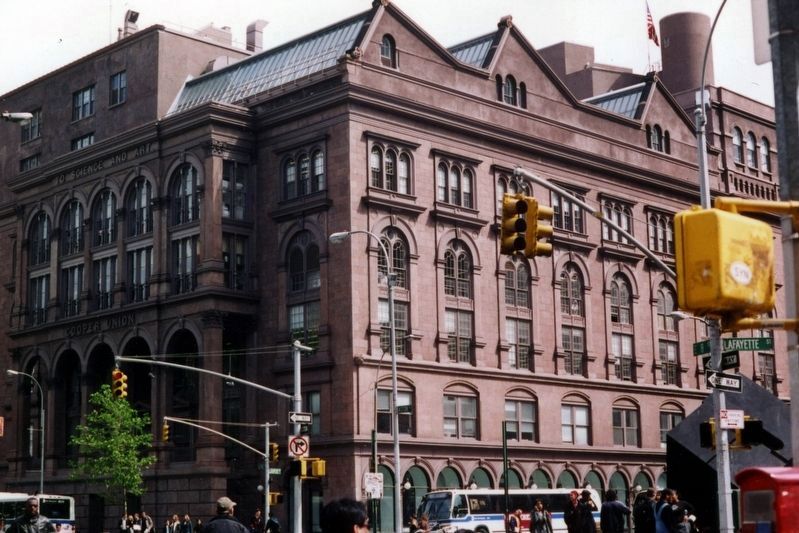 Frederick A. Peterson’s design for Cooper Union’s Foundation Building was the earliest to employ rolled iron beams. Built 1854-1859, the stately Anglo-Italianate brownstone is a NYC landmark.

Erected 2016 by Bowery Alliance of Neighbors. 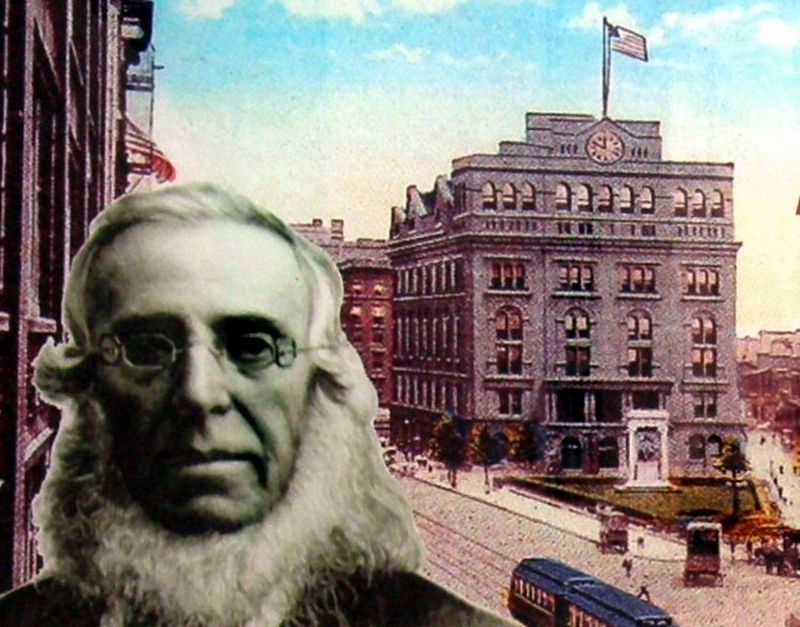 More about this marker. One of more than sixty entries in the “Windows on the Bowery” series.

Regarding The Cooper Union. The building is listed in the "AIA (American Institute of Architects) Guide to New York City, Fifth Edition". 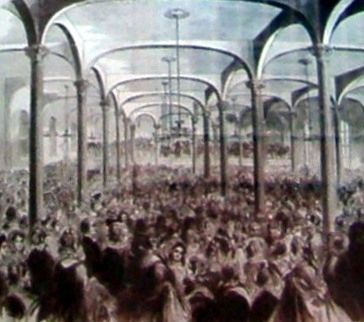 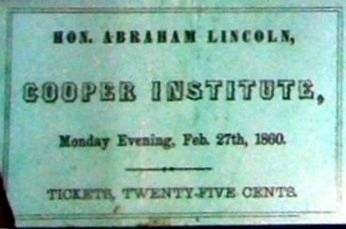 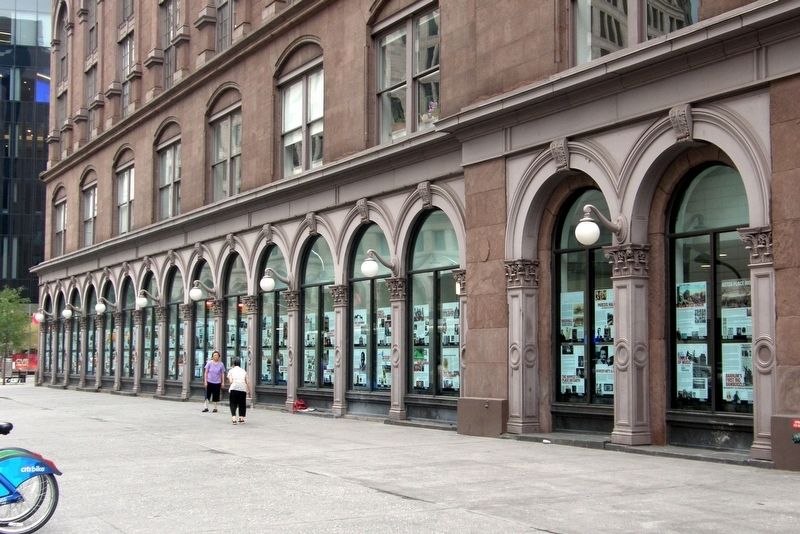