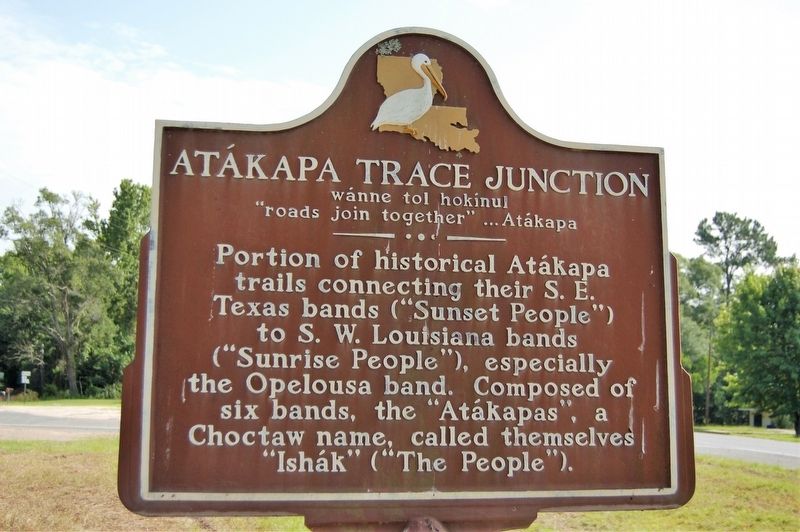 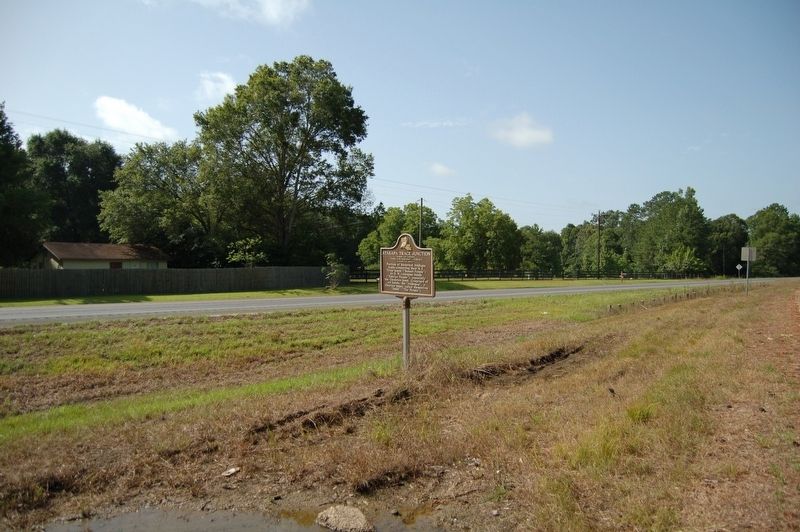 More about this marker. Located in a median between the southern terminus of Highway 111 and US 190.

2. Library of Congress historical document showing the lives of Atakapa Indians. Because the document is difficult to read, I used the text to speech for easy listening. (Submitted on July 31, 2020, by Kenneth Ramagost of Unknown, Louisiana.)

Additional commentary.
1. An American officer's record of staying with the Atakapas.
Atakapa Indians are inhabitants of south-east Texas and south Louisiana to the Atchafalaya Basin east side and considered the majority Indian population for this area before the Revolutionary War. They were heroes of the War because 180 traveled with Acadians via Bayou Goula to the Fort of Baton Rouge helping Bernardo De Galvez become victorious over the British in one of the most important battles of the war. [Also 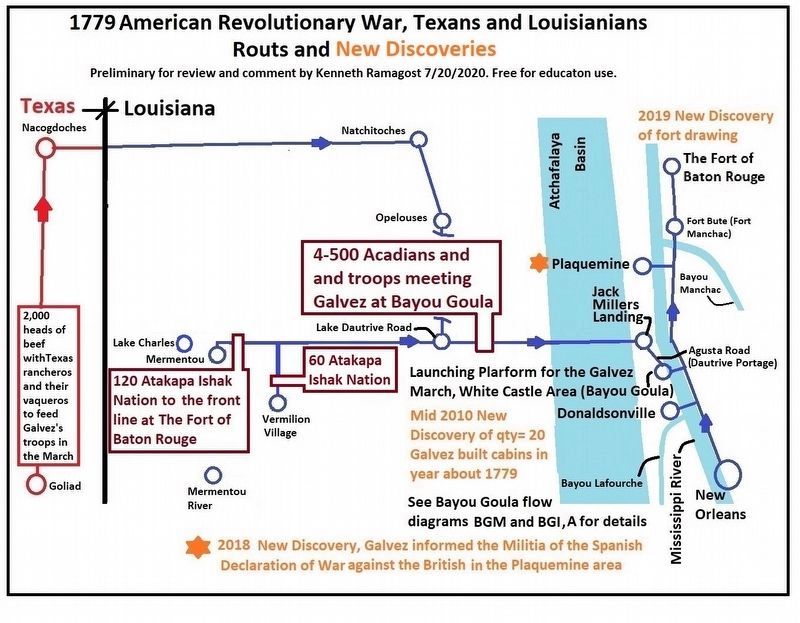 The second link written by Dr. J. O. Dyer shares an American officer's short stay with the Atakapa in the early 1800s. The Atakapa settling in Louisiana for thousands of years was a tough living and this officer's observations were recorded in graphic details. These details were common among many tribes but the Atakapa were gentle people.

They were almost destroyed by northern tribes being the only tribe which sold land to the Louisiana colonies. I needed to repeatedly review the report because it showed how south Louisianans existed as Indian fishermen with many of their livelihood methods. This is Louisiana's immigrant common grounds literally and figuratively, an environment of brothers and sisters and I believe recognized as everyone's Ancestors by spirit and blood. [See link 2 above for the Library of Congress document.]
— Submitted July 31, 2020, by Kenneth Ramagost of Unknown, Louisiana.
Credits. This page was last revised on August 1, 2020. It was originally submitted on July 21, 2019, by Cajun Scrambler of Assumption, Louisiana. This page has been viewed 161 times since then and 27 times this year. Photos:   1, 2. submitted on July 21, 2019.   3. submitted on July 31, 2020, by Kenneth Ramagost of Unknown, Louisiana.
Share this page.