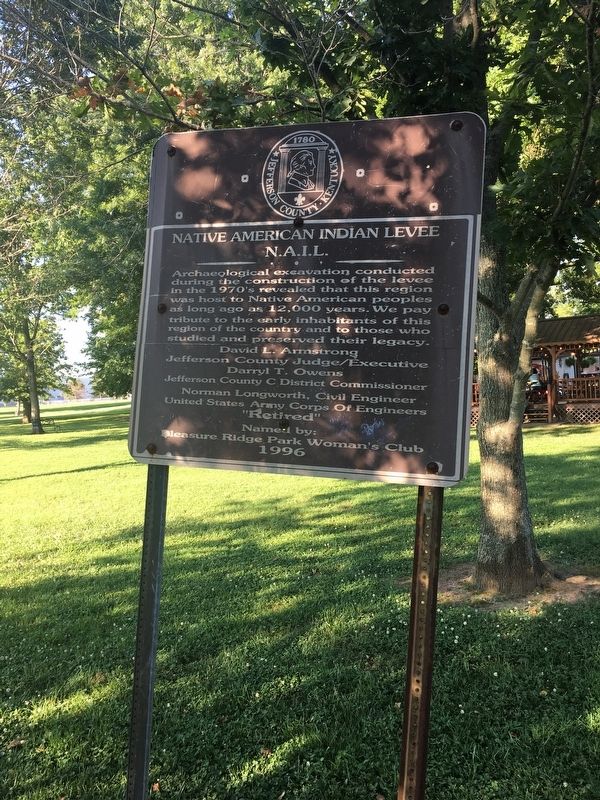 Archaeological excavation conducted during the construction of the levee in the 1970's revealed that this region was host to Native American peoples as long ago as 12,000 years. We pay tribute to the early inhabitants of this region of the country and to those who studied and preserved their legacy.

Location. 38° 7.159′ N, 85° 53.903′ W. Marker is in Louisville, Kentucky, in Jefferson County. Marker is behind Mike Linnig's Restaurant on the Louisville Loop trail. Touch for map. Marker is at or near this postal address: 9308 Cane Run Road, Louisville KY 40258, United States of America. Touch for directions.

Other nearby markers. At least 8 other markers are within 7 miles of this marker, measured as