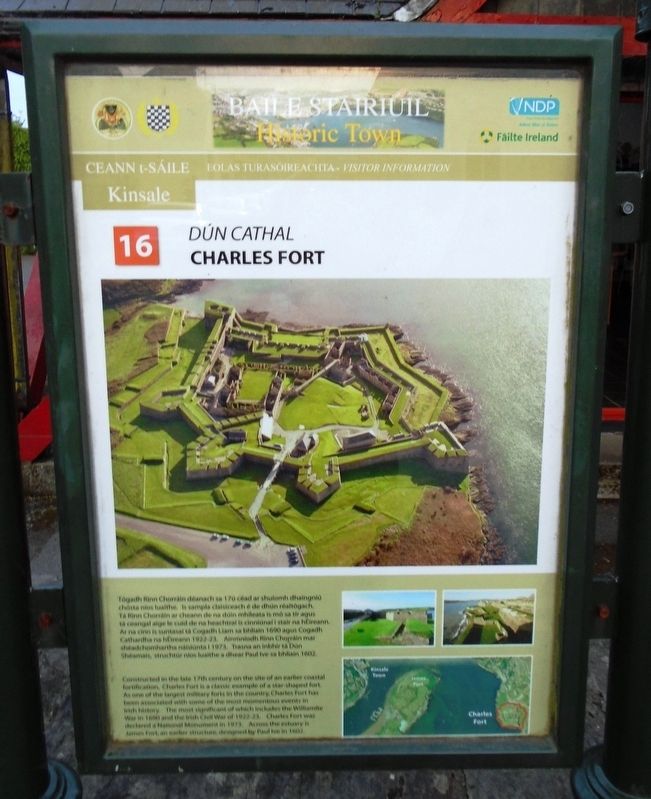 Photographed By William Fischer, Jr., May 17, 2019
1. Dún Cathal / Charles Fort Marker
Inscription.
Constructed in the late 17th century on the site of an earlier coastal fortification, Charles Fort is a classic example of a star-shaped fort. As one of the largest military forts in the country, Charles Fort has been associated with some of the most momentous events in Irish history. The most significant of which includes the Williamite War in 1690 and the Irish Civil War of 1922-23. Charles Fort was declared a National Monument in 1973. Across the estuary is James Fort, an earlier structure, designed by Paul Ive in 1602. . This historical marker was erected by Town of Kinsale, Cork County Council, National Development Plan, and Fáilte Ireland. It is in Kinsale in County Cork Munster Ireland