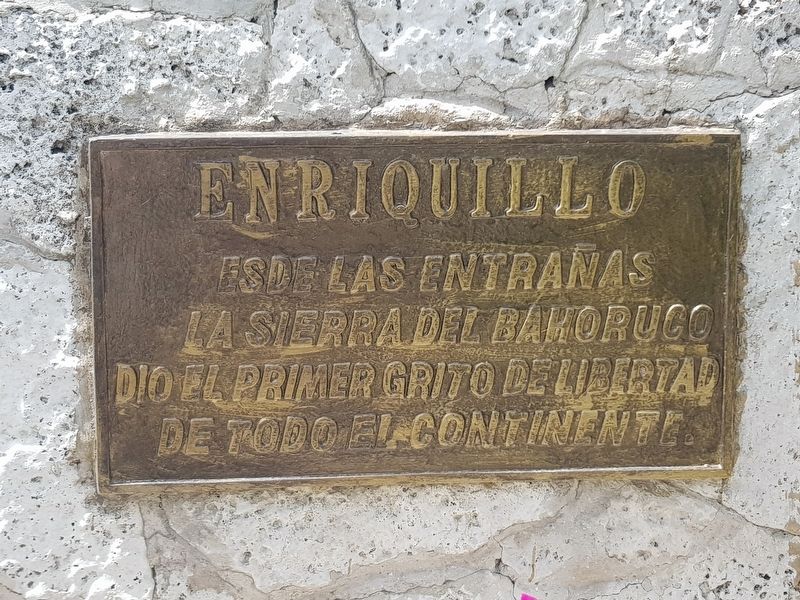 Photographed By J. Makali Bruton, July 10, 2019
1. Enriquillo Marker
Inscription.
English translation: , Enriquillo , From the depths of the Sierra del Bahoruco, he gave the first cry of freedom for all of the continent. . This memorial is Near La Colonia in Mella Independencia Dominican Republic