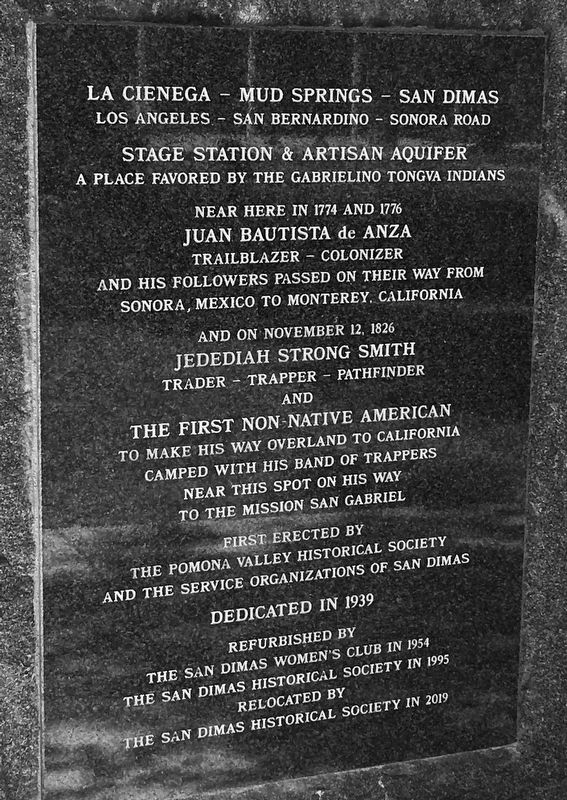 La Cienega — Mud Springs — San Dimas.
Los Angeles - San Bernardino - Sonora Road stage station & artesian aquifer, a place favored by the Gabrielino Tongva Indians. Near here in 1774 and 1776 Juan Bautisa de Anza, trailblazer — colonizer, and his followers passed on their way from Sonora, Mexico to Monterey, California. And on November 12, 1826 Jedediah Strong Smith, trader — trapper — pathfinder, one of the most heroic pioneers of the nation, and the first non-native American to make his way overland to California, camped with his band of trappers near this spot on his way to the Mission San Gabriel.

Topics. This historical marker is listed in these topic lists: Native Americans • 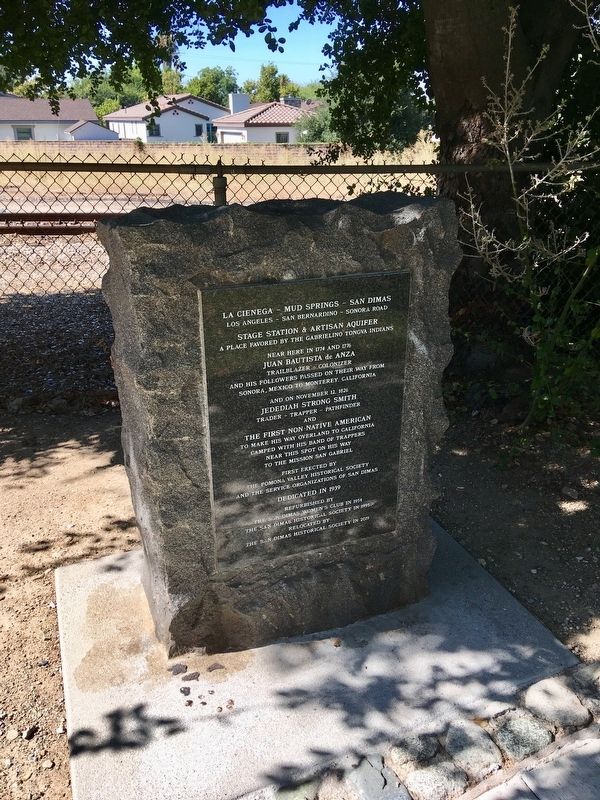 Location. 34° 6.387′ N, 117° 48.621′ W. Marker is in San Dimas, California, in Los Angeles County. Marker is on Bonita Avenue east of Cataract Avenue, on the right when traveling east. Located in Rhoads Park. Touch for map. Marker is at or near this postal address: 210 W Bonita Ave, San Dimas CA 91773, United States of America. Touch for directions.

Regarding Birthplace of San Dimas. The town was originally called Mud Springs. The springs were located near Arrow Highway and San Dimas Canyon Road, the location of the first marker in 1939. The 1995 marker was located 0.3 miles west of there, before it went missing. 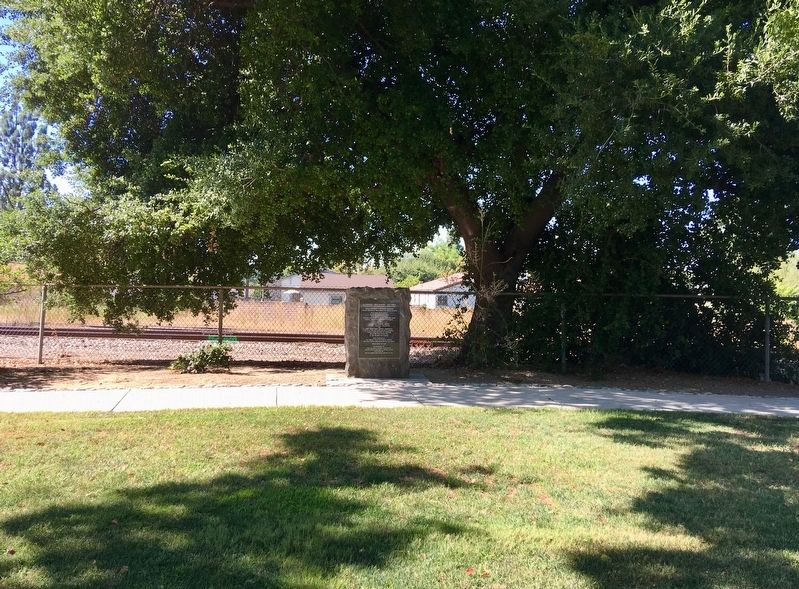