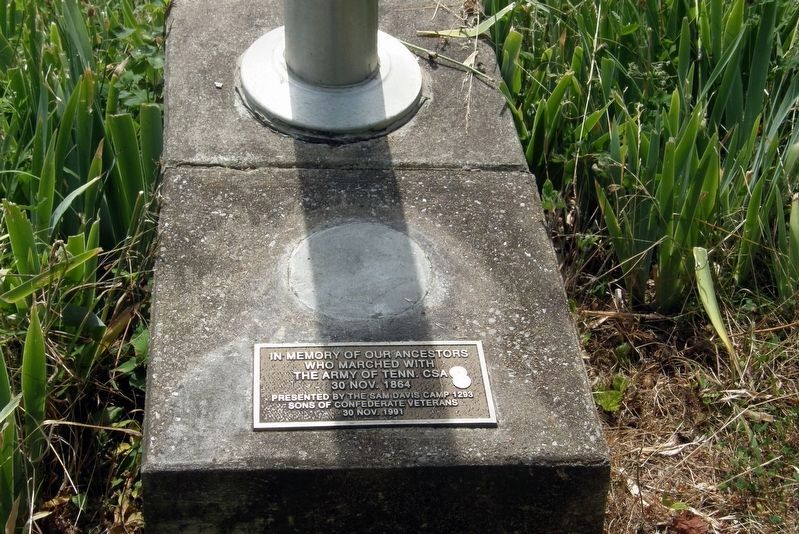 Photographed By Larry Gertner, June 16, 2019
1. Our Ancestors Marker
It appears that some kind of medallion above the plaque was removed.
Inscription.
Our Ancestors. . In memory of our ancestors who marched with the Army of the Tenn. CSA , 30 Nov. 1864 , Presented by Sam Davis Camp 1293 , Sons of Confederate Veterans , 30 Nov. 1991 . This memorial was erected in 1991 by Sons of Confederate Veterans. It is in Franklin in Williamson County Tennessee

Erected 1991 by Sons of Confederate Veterans.

Topics. This memorial is listed in these topic lists: Fraternal or Sororal Organizations • War, US Civil.

Location. 35° 53.316′ N, 86° 52.674′ W. Marker is in Franklin, Tennessee, in Williamson County. Memorial can be reached from Columbia Avenue (U.S. 31) near Mach C. Hatcher Memorial Parkway (Tennessee Route 397), on the right when traveling south. Touch for map. Marker is at or near this postal address: Winstead Hill Park, Franklin TN 37064, United States of America. Touch for directions. 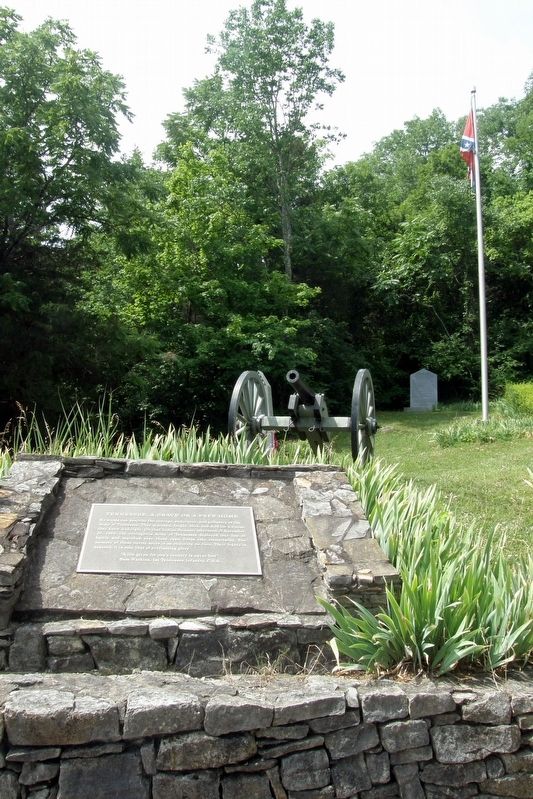 Photographed By Larry Gertner, June 16, 2019
2. Our Ancestors Marker
The marker is set into the base of the flagpole.

More about this marker. The 127th anniversary of the Battle of Franklin. 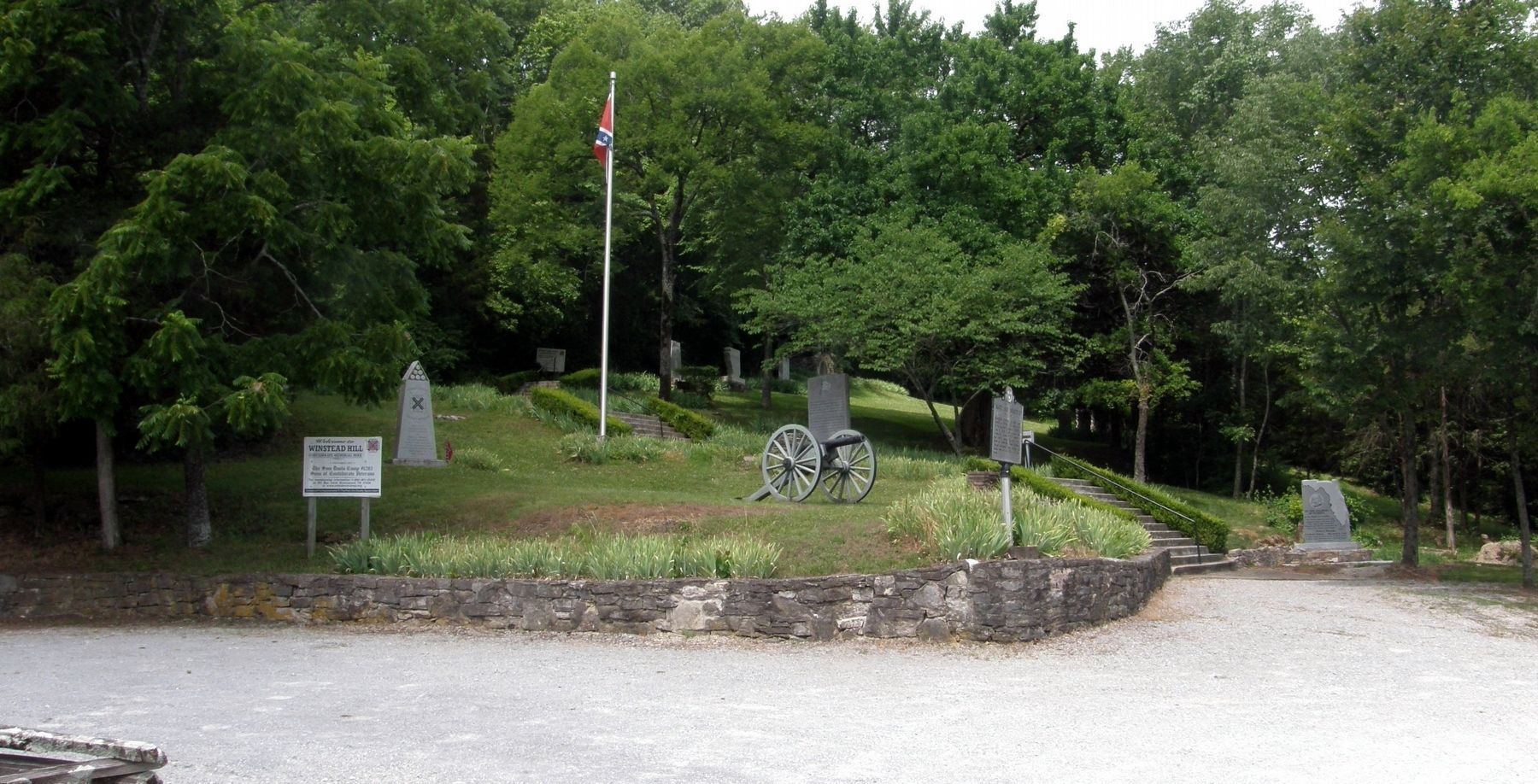