Established in 1893 on the grounds of the county almshouse and poor farm, the Ramsey County Cemetery was a "Potter's Field" for indigent persons, the homeless, and patients at Ancker Hospital who died without friends or relatives to pay funeral costs. No provision was made to provide headstones and with few exceptions graves were unmarked. When the cemetery closed in 1923 there had been 2,991 recorded burials. Afterwards, the burial ground reverted to agricultural use as part of the poor farm. In 2001, the 2.45 acre site was designated a heritage park by the Ramsey County Board of Commissioners.

After the last burial in December, 1923, the old potter's field was quickly forgotten, except for one grave. Conrad Samuelson cared for the grave of his friend, Elmer Dahl, who had died in 1922. A makeshift memorial was built with old bricks and flowers and two spruce trees placed in the middle. When Samuelson died, he wished to be buried next to his friend. He was buried on June 29, 1936 at Elmhurst Cemetery. 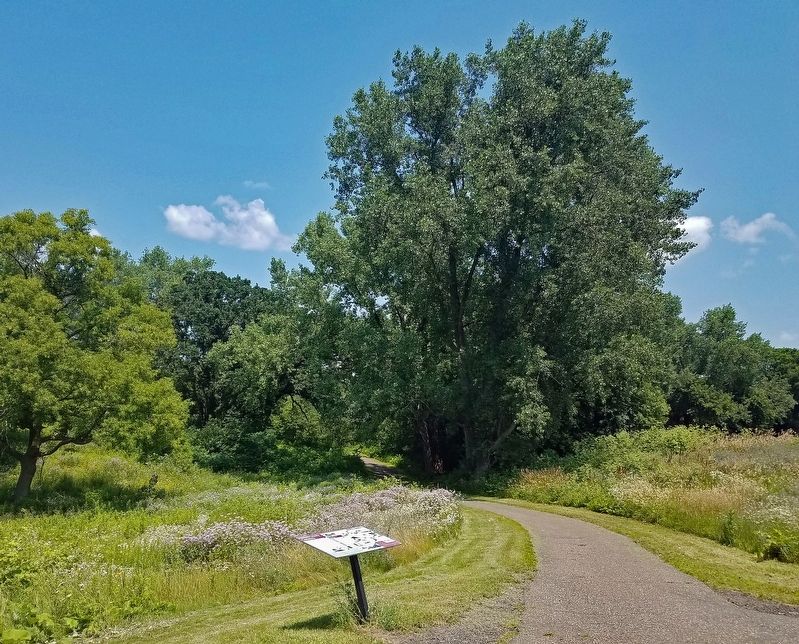 Location. 45° 0.092′ N, 93° 1.468′ W. Marker is in Maplewood, Minnesota, in Ramsey County. Marker can be reached from White Bear Avenue north of Frost Avenue, on the right when traveling north. Marker is at the trail intersection in the middle of the cemetery site, which is just north of the horseshoe courts and the historic Ramsey County Poor Farm Barn. There is a parking lot at the horseshoe courts. The marker is also accessible from the north from the Gateway State Trail and the trail network around the Maplewood government complex. Touch for map. Marker is in this post office area: Saint Paul MN 55109, United States of America. Touch for directions. 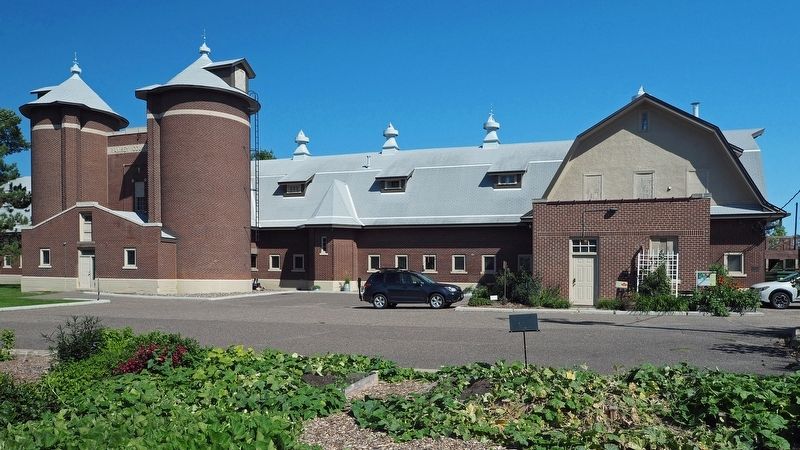