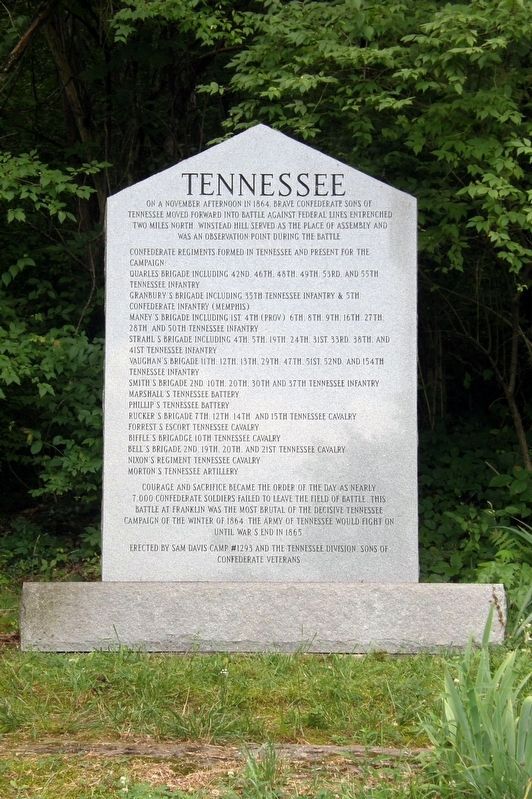 On a November afternoon in 1864 brave Confederate sons of Tennessee moved forward into battle against Federal lines entrenched two miles north. Winstead Hill served as the place of assembly and was an observation point during the battle. 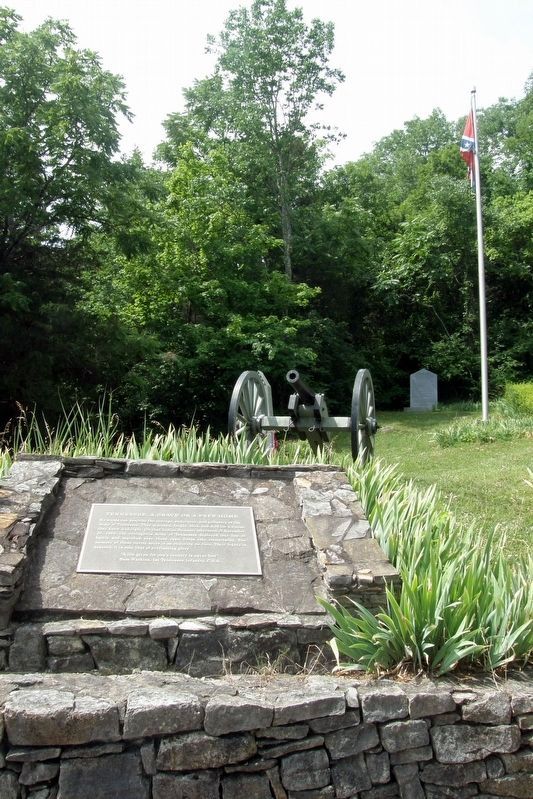 Photographed By Larry Gertner, June 16, 2019
2. Tennessee Marker
In the far distance, behind the flagpole.

Courage and sacrifice became the order of the day as nearly 7,000 Confederate soldiers failed to leave the field of battle. This Battle of Franklin was the most brutal of the decisive Tennessee Campaign of the winter of 1864. The Army of Tennessee would fight until war’s end in 1865.

Erected by Sam Davis Camp #1293 and the Tennessee Division, Sons of Confederate Veterans

Erected by Sons of Confederate Veterans.

Topics. This memorial is listed in this topic list: War, US Civil. A significant historical date for this entry is November 30, 1864.

Location. 35° 53.314′ N, 86° 52.674′ W. Marker is in Franklin, Tennessee, in Williamson County. Memorial is on Columbia Pike (U.S. 31) 0.2 miles south of Mack C Hatcher Memorial Parkway, on the right when traveling south. Touch for map. Marker is at or near this postal address: Winstead Hill Park, Franklin TN 37064, United States of America. Touch for directions.