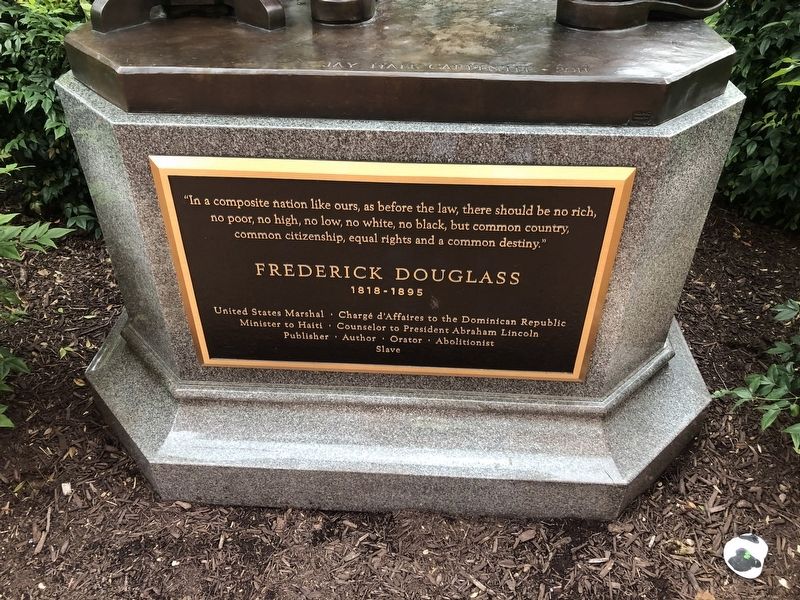 By Devry Becker Jones, August 24, 2019
1. Frederick Douglass Marker
Inscription.
"In a composite nation like ours, as before the law, there should be no rich, no poor, no high, no low, no white, no black, but common country, common citizenship, equal rights and a common destiny." United States Marshal · . This historical marker is in Easton in Talbot County Maryland