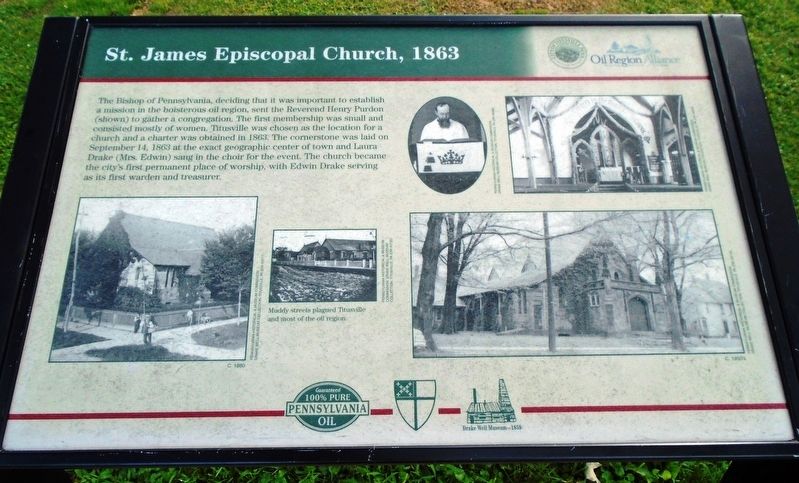 The Bishop of Pennsylvania, deciding that it was important to establish a mission in the boisterous oil region, sent the Reverend Henry Purdon (shown) to gather a congregation. The first membership was small and consisted mostly of women. Titusville was chosen as the location for a church and a charter was obtained in 1863. The cornerstone was laid on September 14, 1863 at the exact geographic center of town and Laura Drake (Mrs. Edwin) sang in the choir for the event. The church became the city's first permanent place of worship, with Edwin Drake serving as its first warden and treasurer.

. Muddy streets plagued Titusville and most of the oil region.

. C. 1950s . This historical marker was erected by Oil Region Alliance and City of Titusville. It is in Titusville in Crawford County Pennsylvania