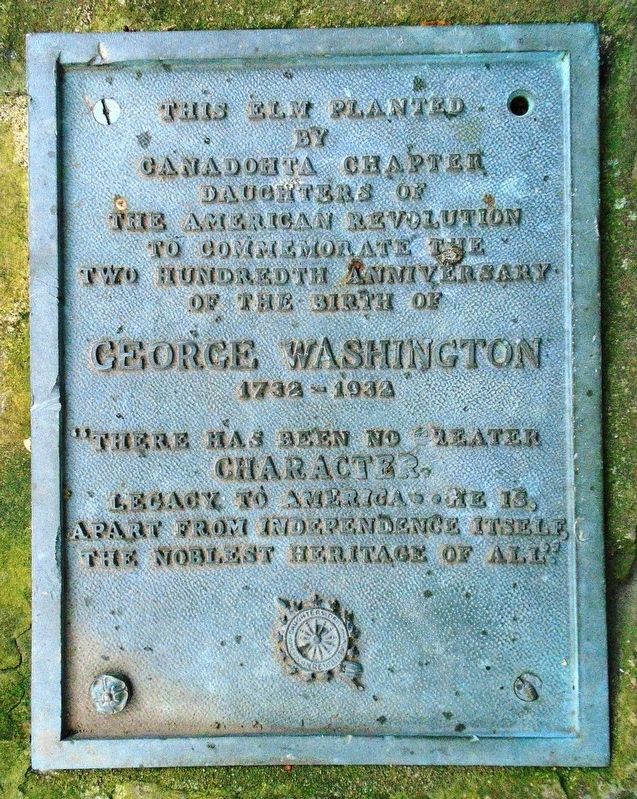 Photographed By William Fischer, Jr., August 12, 2019
1. Birth of George Washington Bicentennial Marker
Inscription.
This elm planted by Canadohta Chapter Daughters of the American Revolution to commemorate the two hundredth anniversary of the birth of

"There has been no greater character, legacy to America · · he is, apart from independence itself, the noblest heritage of all.". . This historical marker was erected in 1932 by Canadohta Chapter, Daughters of the American Revolution. It is in Titusville in Crawford County Pennsylvania