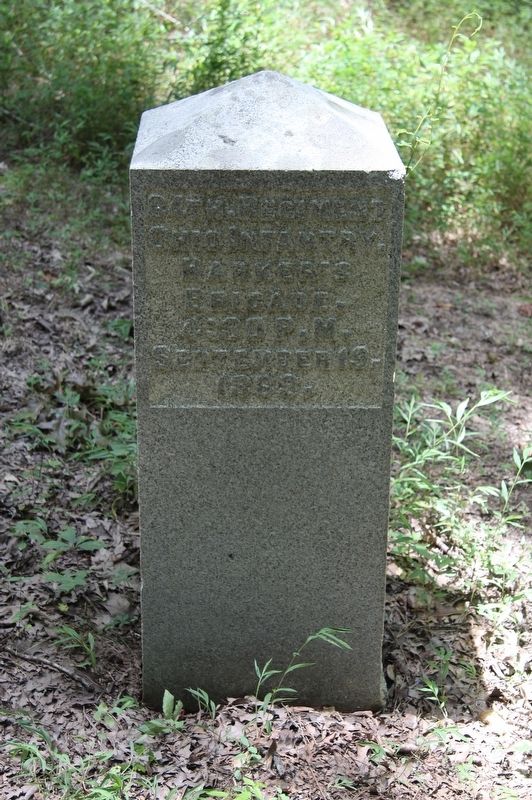 Location. 34° 54.431′ N, 85° 15.569′ W. Marker is near Fort Oglethorpe, Georgia, in Catoosa County. Marker can be reached from LaFayette Road south of Brotherton Road, on the left when traveling south. This marker is located in the National Military Park that preserves the site of the Chickamauga Battlefield, and is situated along one of the park hiking trails that is in the woods east of the LaFayette Road. Touch for map. Marker is in this post office area: Fort Oglethorpe GA 30742, United States of America. Touch for directions. 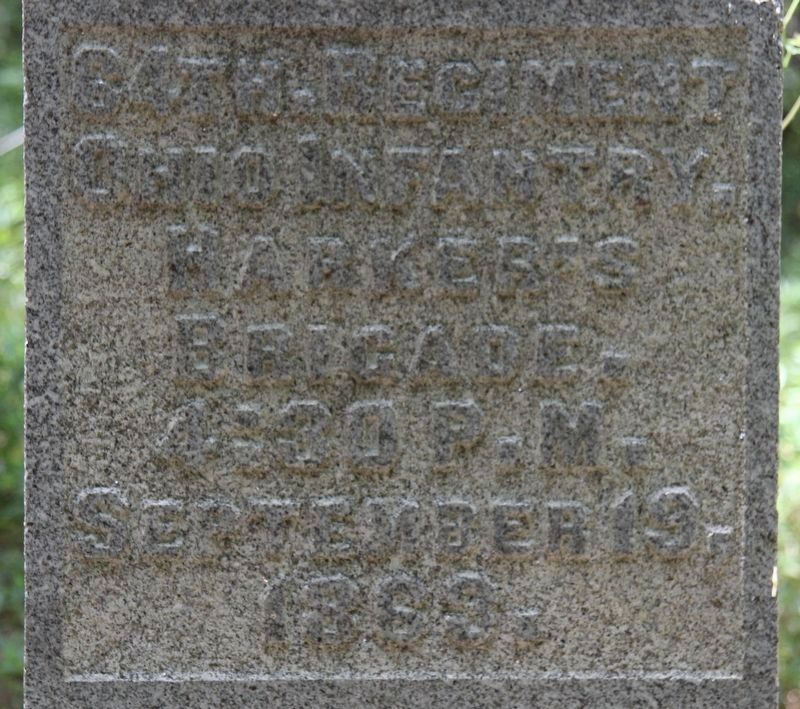 According to the description information provided by the National Park Service, this marker is, “A 1'6" x 1'6" x 3' high granite obelisk with a raised letter inscription. Marks regiment's position northeast of Viniard House, on September 19, 1863, at 4:30 p.m." 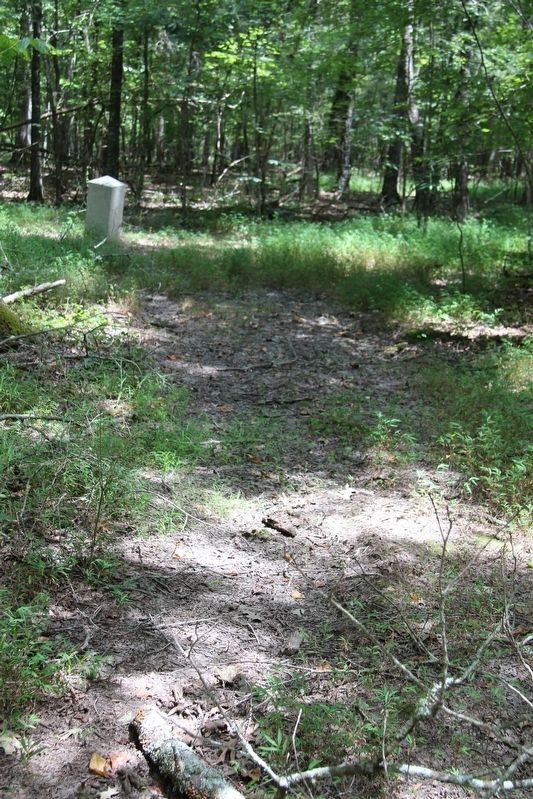 Photographed By Dale K. Benington, August 11, 2019
3. 64th Ohio Infantry Marker
Distant view of the marker, off to the east of the primary trail, situated along a secondary trail. 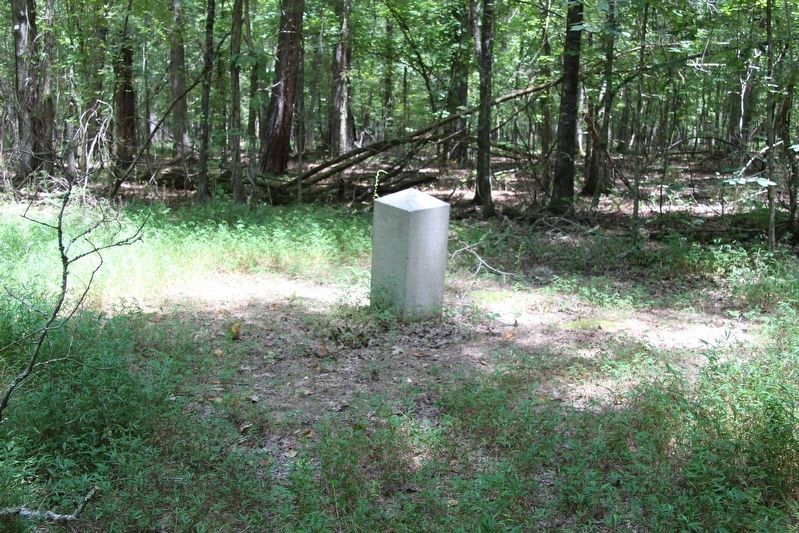 Photographed By Dale K. Benington, August 11, 2019
4. 64th Ohio Infantry Marker
View of the marker, in a clearing, at the end of a secondary trail. 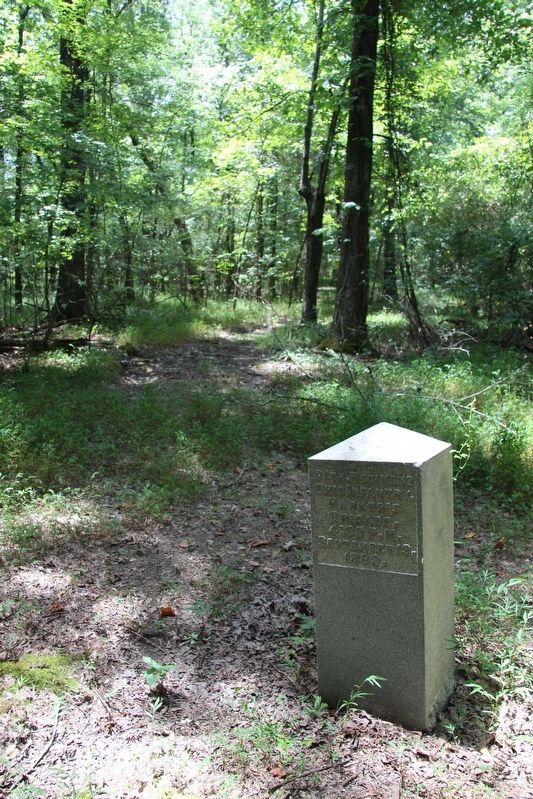 Photographed By Dale K. Benington, August 11, 2019
5. 64th Ohio Infantry Marker
View of the marker, looking west, back along the the secondary trail, back towards the primary hiking trail. 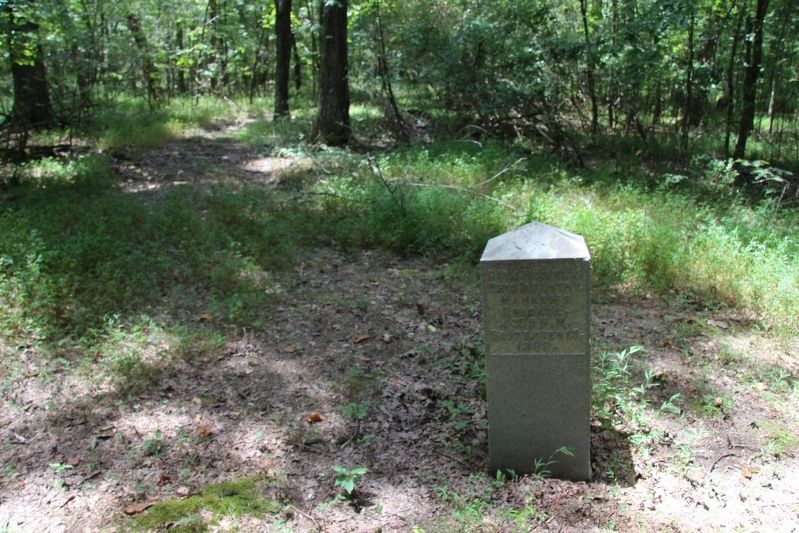