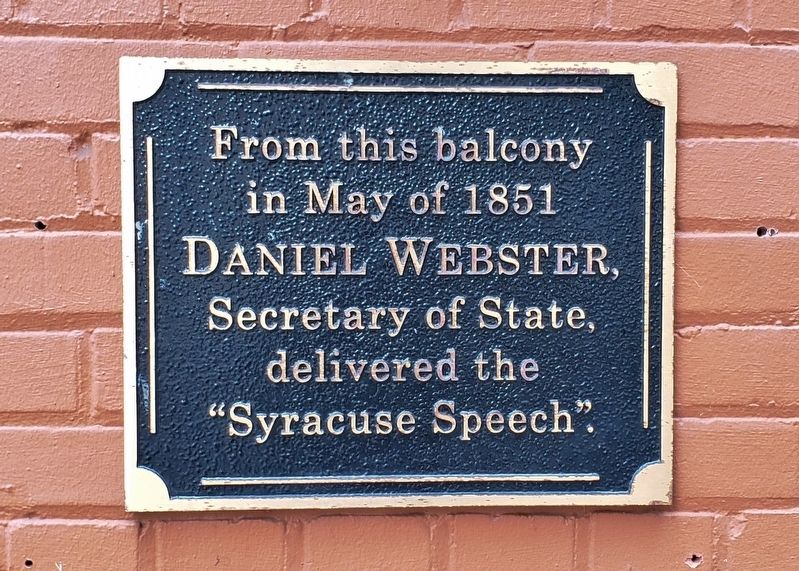 From this balcony
in May of 1851
Daniel Webster
Secretary of State
delivered the
”Syracuse Speech”.

Topics. This historical marker is listed in these topic lists: Abolition & Underground RR • African Americans • Civil Rights. A significant historical date for this entry is May 26, 1851.

Location. 43° 2.987′ N, 76° 8.966′ W. Marker is in Syracuse, New York, in Onondaga County. Marker is on Montgomery Street north of East Washington Street, on the right when traveling south. Marker is mounted at eye-level, directly on east wall of the Courier Building, below the subject balcony. The marker is directly across Montgomery Street from the Syracuse City Hall building. Touch for map. Marker is at or near this postal address: 210 Montgomery Street, Syracuse NY 13202, United States of America. Touch for directions. 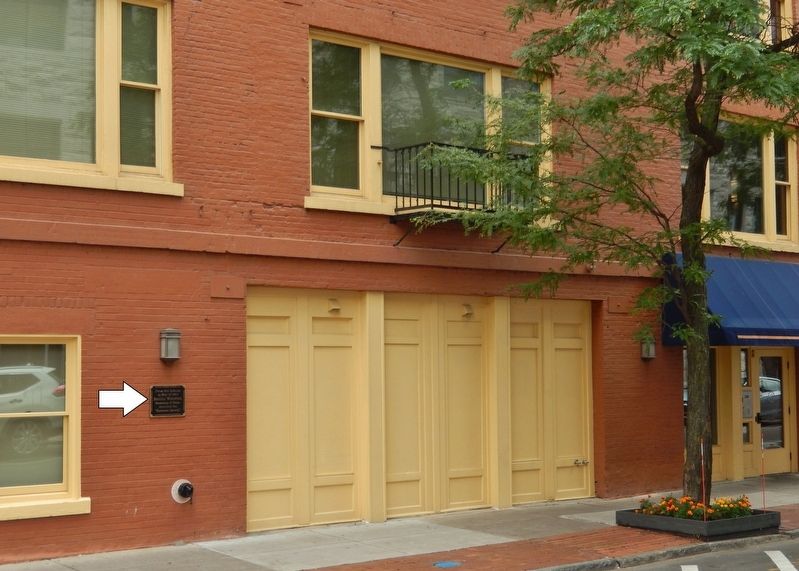 Related markers. Click here for a list of markers that are related to this marker. Syracuse Freedom Trail & Underground Railroad

Also see . . .  Syracuse, as Webster Saw It. Daniel Webster, as secretary of state for President Millard Fillmore, came to Syracuse in May 1851 to offer a warning. Syracuse had become a national hotbed of the movement to abolish slavery, and African-Americans escaping bondage in the South often passed through the city en route to Canada and freedom. To Webster, this city was "a laboratory of abolitionism, libel, and treason." On May 26, he stood on a small metal balcony on the Courier Building - at what is now Montgomery and Washington streets - and issued a warning to the crowd below: Any violation of the Fugitive Slave Law, which called for returning those in flight into bondage, would be "treason, treason and nothing else." (Submitted on September 4, 2019, by Cosmos Mariner of Cape Canaveral, Florida.) 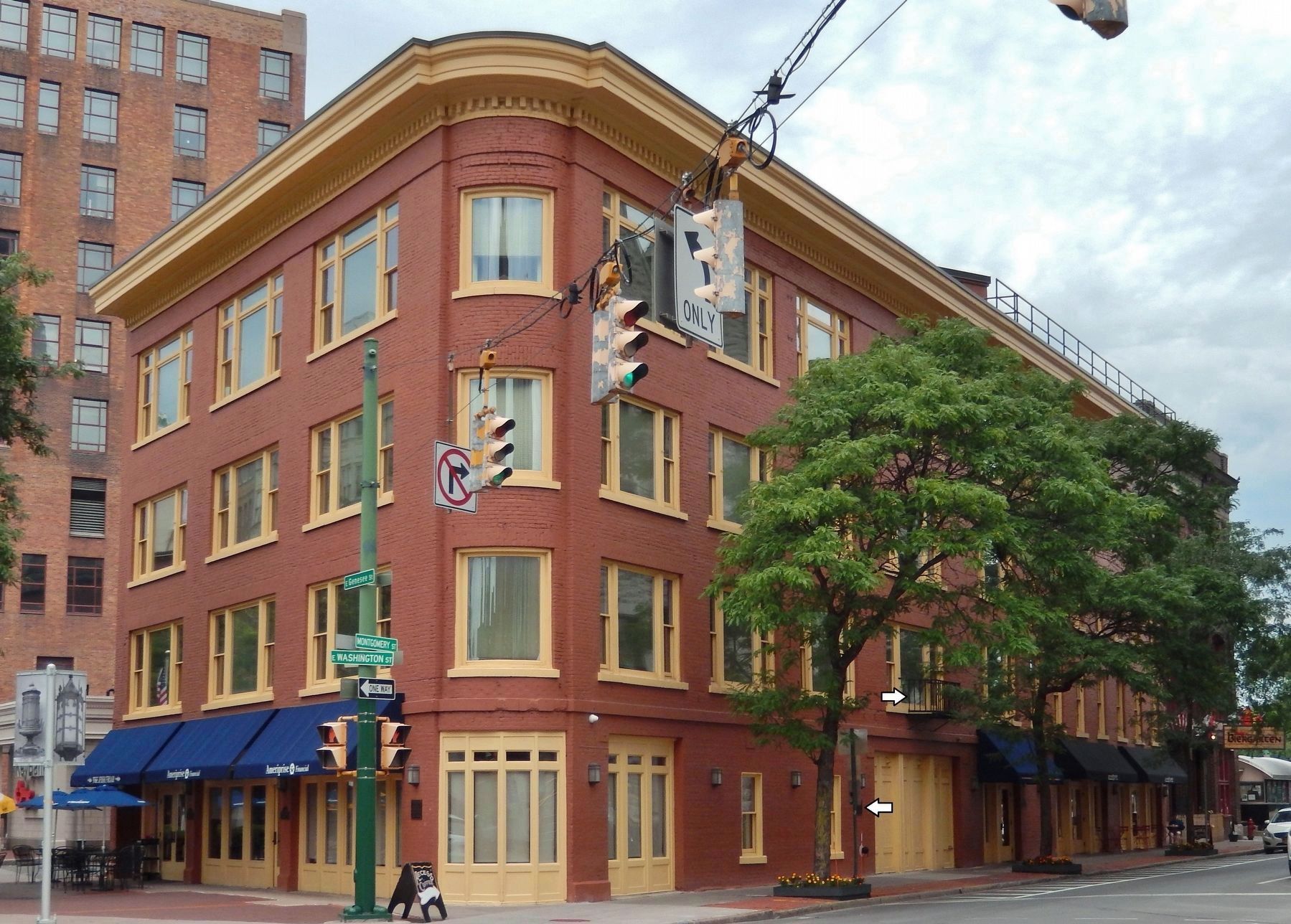