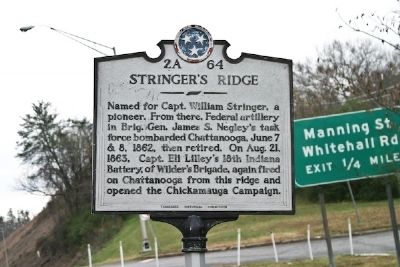 Topics and series. This historical marker is listed in this topic list: War, US Civil. In addition, it is included in the Tennessee Historical Commission series list. A significant historical date for this entry is June 7, 1904.

Location. Marker has been reported missing. It was located near 35° 4.37′ N, 85° 19.292′ W. Marker was in Chattanooga, Tennessee, in Hamilton County. Marker was on U.S. 27, on the right when traveling south. Touch for map. Marker was in this post office area: Chattanooga TN 37405, United States of America. Touch for directions.

Other nearby markers. At least 8 other markers are within 2 miles of this location, measured as the crow flies. Wilder's Artillery Position (approx. 0.2 miles away); Union Army Hospital (approx. 0.8 miles away); Hill Overlooks & Industrial Past 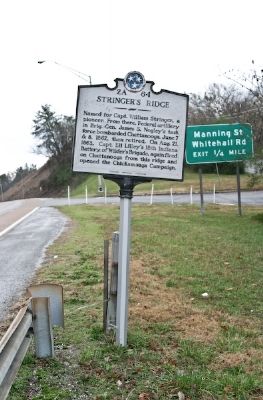 Additional commentary.
1. Additional Information on the Marker Location
Marker is located between the two south-bound on-ramps from Whitehall Road and Dayton Boulevard, approximately 1/4 mile north of the Manning Road exit. It is accessible by parking on Whitehall Road near its intersection with Ladd Avenue, to the right of the Manning Street exit sign shown in the photos.
— Submitted March 18, 2010, by Lee Hattabaugh of Capshaw, Alabama.
2. Missing!
On 24 December 2010, I noticed the marker has disappeared. I was unable to get a picture at the time, but plan to do so in the near future. If anyone has information related to this, please let us know! 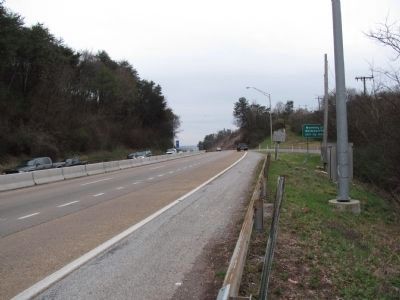 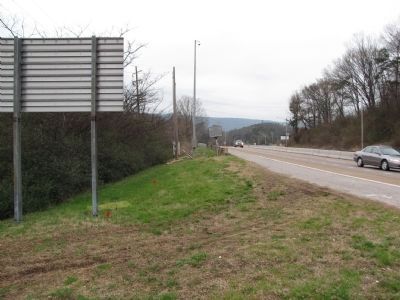 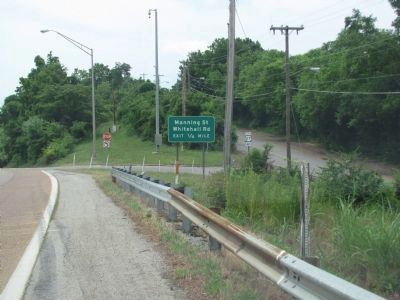 Photographed By Lee Hattabaugh, June 19, 2011
5. Stringer's Ridge Marker is Missing!
It appears to have been hit by a car or something. The post is still there (bent over), but the guard rail has been repaired. 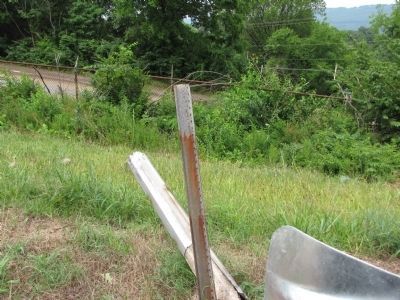