Rim of the Valley Trail 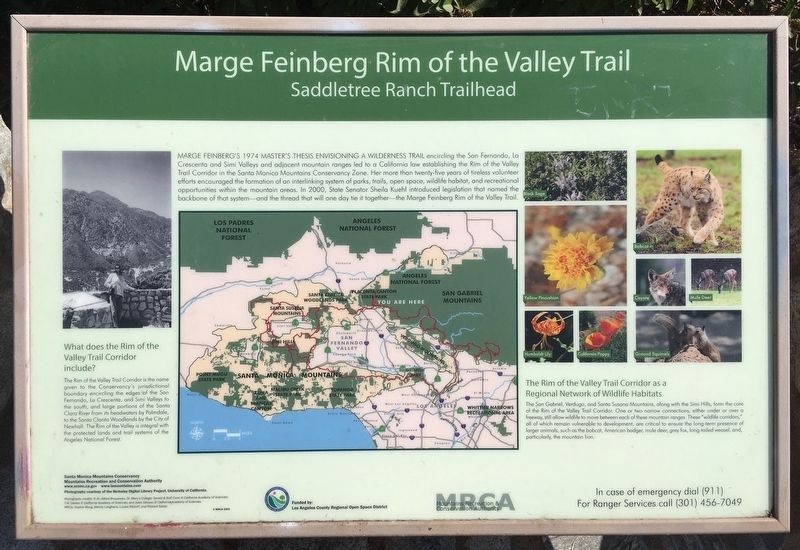 Marge Feinberg’s 1974 Master’s Thesis envisioning a wilderness trail encircling the San Fernando, La Crescenta and Simi Valleys and adjacent mountain ranges led to a California law establishing the Rim of the Valley Trail Corridor in the Santa Monica Mountains Conservancy Zone. Her more than twenty-five years of tireless volunteer efforts encouraged the formation of an interlinking system of parks, trails, open space, wildlife habitat, and recreational opportunities within the mountain areas. In 2000, State Senator Sheila Kuehl introduced legislation that named the backbone of that system and the thread that will one day tie it together the Marge Feinberg Rim of the Valley Trail.

What does the Rim of the Valley Trail Corridor include?

The Rim of the Valley Trail Corridor is the name given to the Conservancy's jurisdictional boundary encircling the edges of the San Fernando, La Crescenta, and Simi Valleys to the south, and large portions of the Santa Clara River from its headwaters by Palmdale, to the Santa Clarita Woodlands by the City of Newhall. The Rim of the Valley is integral with the protected lands and 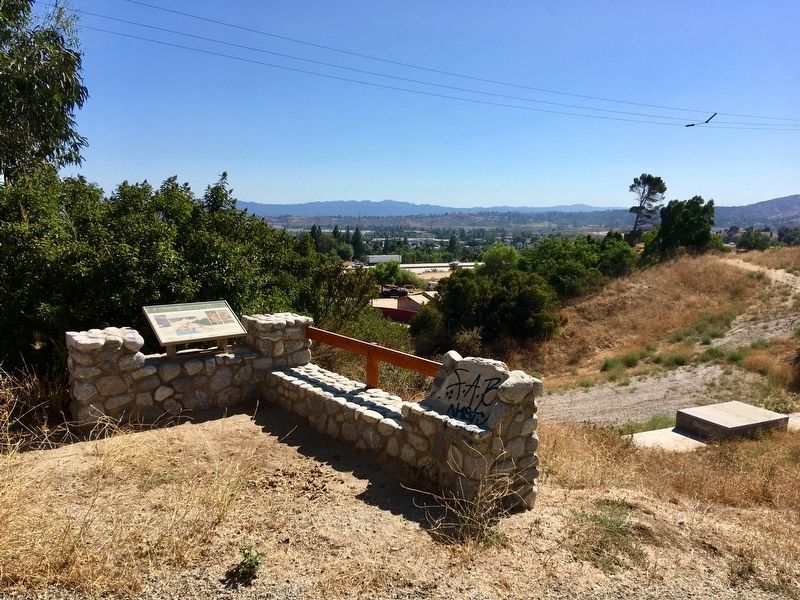 Click or scan to see
this page online
trail systems of the Angeles National Forest.

The San Gabriel, Verdugo, and Santa Susana Mountains, along with the Simi Hills, form the core of the Rim of the Valley Trail Corridor. One or two narrow connections, either under or over a freeway, still allow wildlife to move between each of these mountain ranges. These "wildlife corridors," all of which remain vulnerable to development, are critical to ensure the long-term presence of larger animals, such as the bobcat, American badger, mule deer, grey fox, long-tailed weasel, and, particularly, the mountain lion.

Topics. This historical marker is listed in these topic lists: Animals • Environment • Parks & Recreational Areas • Women. A significant historical year for this entry is 1974.

Location. 34° 19.504′ N, 118° 28.55′ W. Marker is in Sylmar, California, in Los Angeles County. Marker can be reached from Glenoaks Boulevard north of Foothill Boulevard, on the left when traveling north. Located in Stetson Ranch Park equestrian center, northwest of the show ring, 200 feet up a trail. Touch for map. Marker 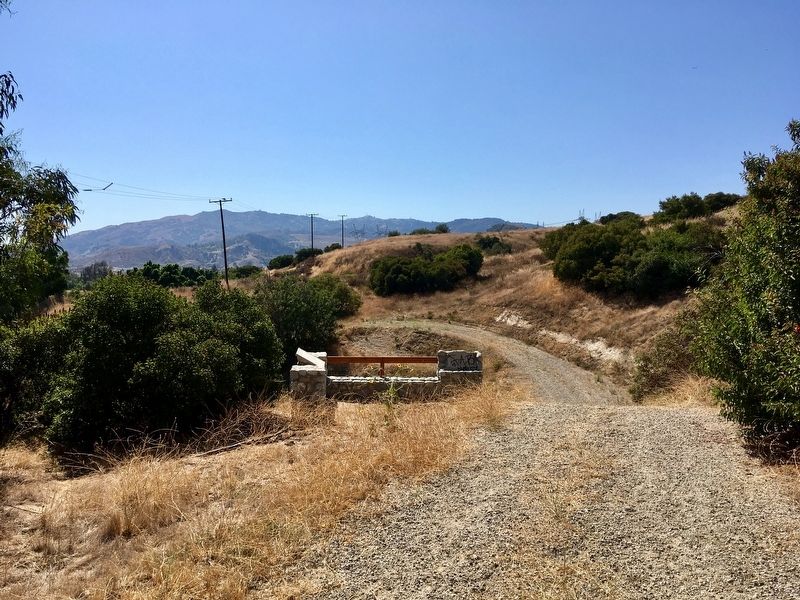 Photographed By Craig Baker, August 27, 2019
3. Rim of the Valley Trail Marker
is at or near this postal address: 15455 Glenoaks Boulevard, Sylmar CA 91342, United States of America. Touch for directions. 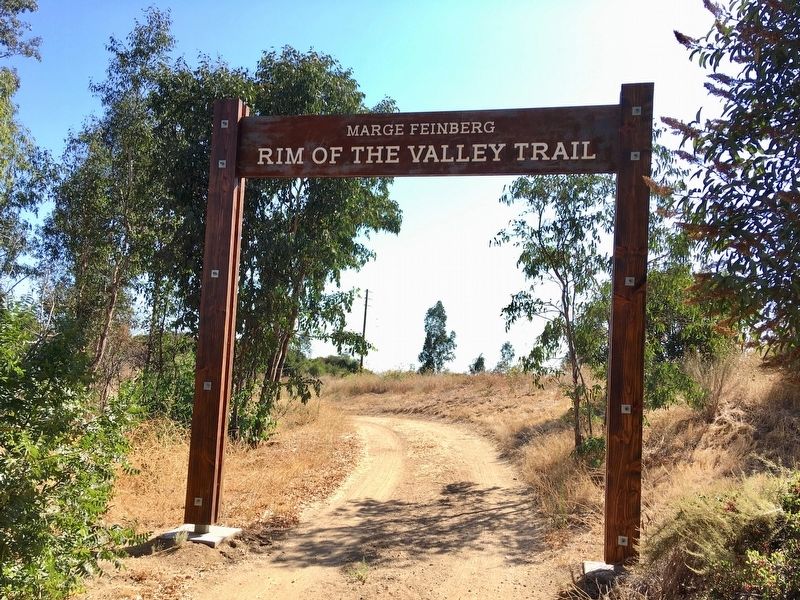