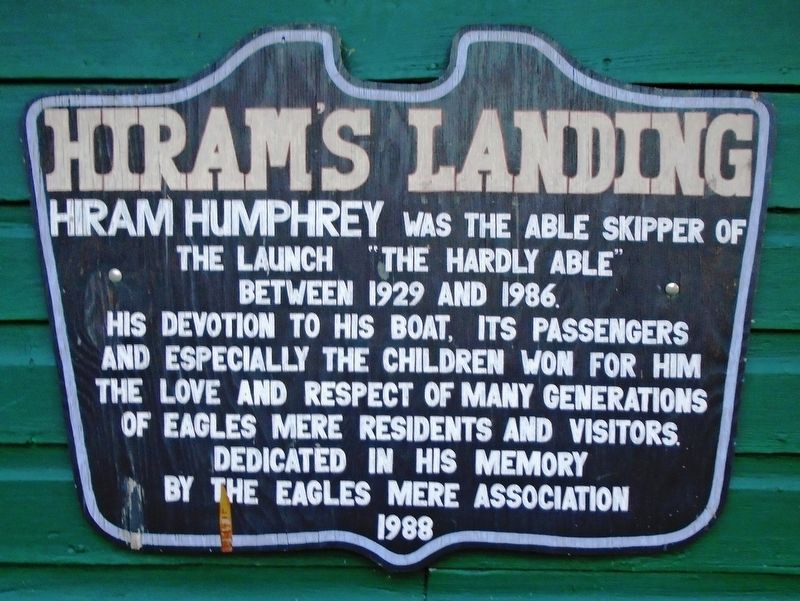 Photographed By William Fischer, Jr., August 25, 2019
1. Hiram's Landing Marker
Inscription.
Hiram Humphrey was the able skipper of the launch "The Hardly Able" between 1929 and 1986. His devotion to his boat, its passengers and especially the children won for him the love and respect of many generations of Eagles Mere residents and visitors. Dedicated in his memory by the Eagles Mere Association 1988. . This historical marker was erected in 1988 by Eagles Mere Association. It is in Eagles Mere in Sullivan County Pennsylvania