"Air Lorg Nan Eilean," The Road to the Isles 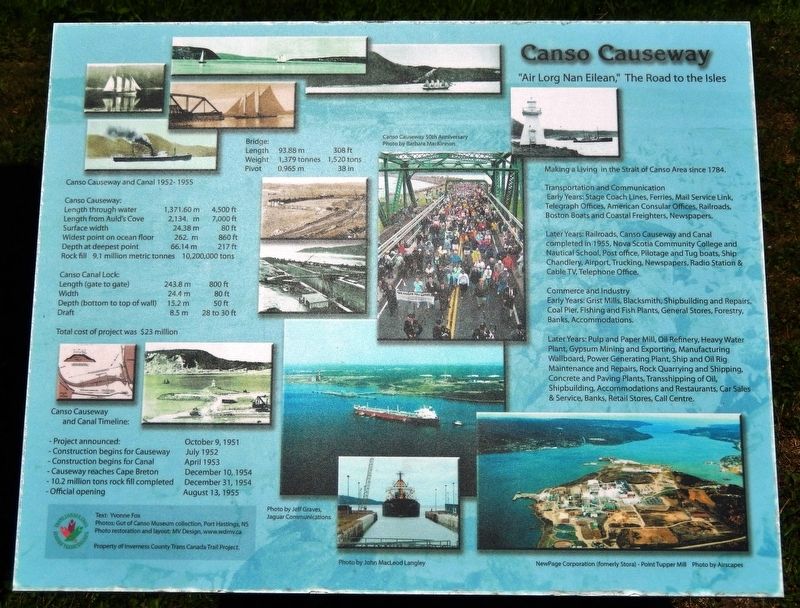 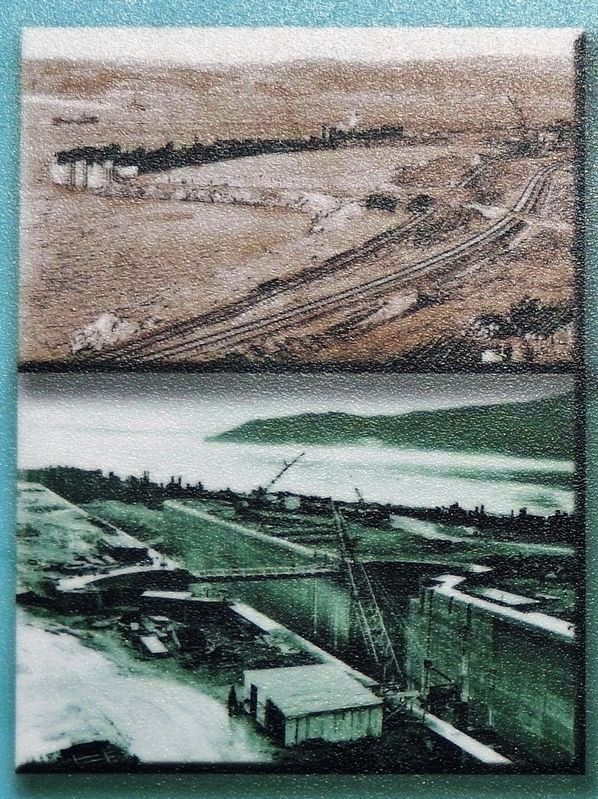 Total cost of project was $23 million

Topics. This historical marker is listed in these topic lists: Bridges & Viaducts 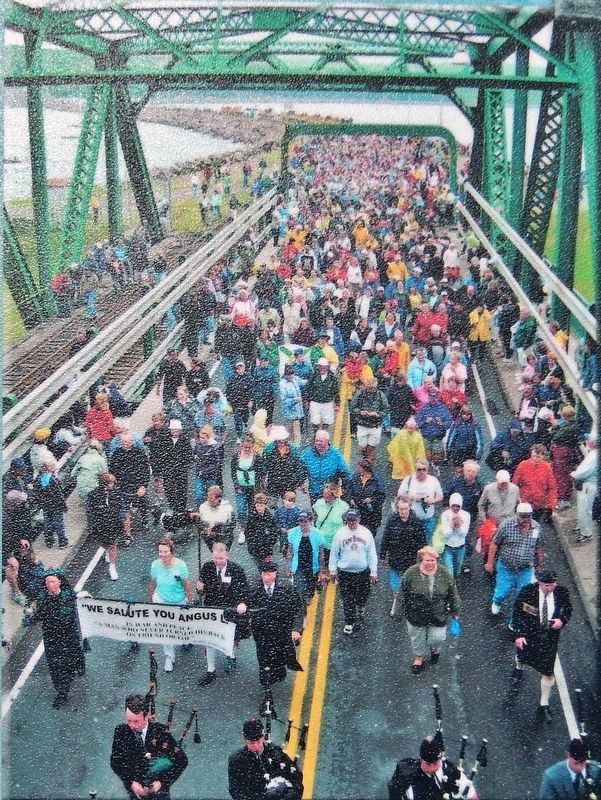 Location. 45° 38.88′ N, 61° 24.738′ W. Marker is in Port Hastings, Nova Scotia, in Inverness County. Marker can be reached from Trans Canada Highway (National Route 104) half a kilometer west of Ceilidh Trail (Route 19), on the right when traveling west. Marker is located in the Celtic Shores Coastal Trail interpretive plaza and trailhead, on the east side of the Canso Causeway. Touch for map. Marker is in this post office area: Port Hastings, Nova Scotia B9A 1J8, Canada. Touch for directions.

Related markers. Click here for a list of markers that are related to this marker. Canso Canal & Causeway 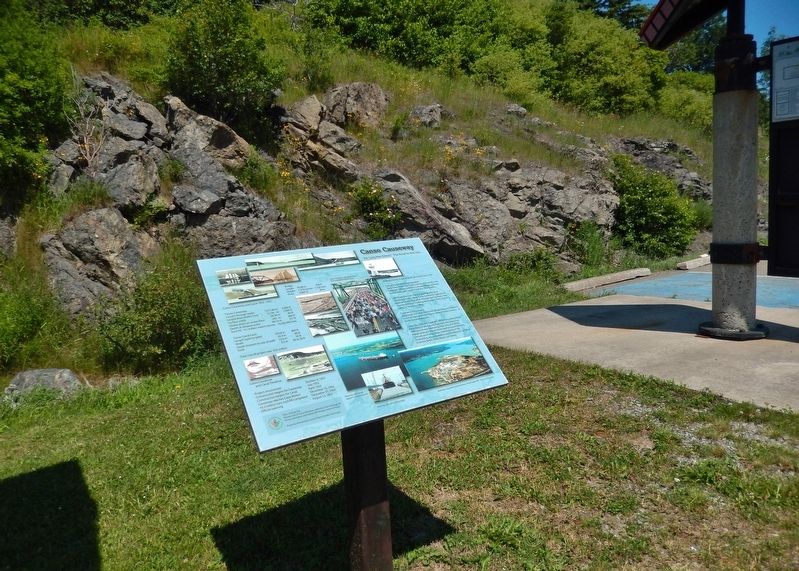 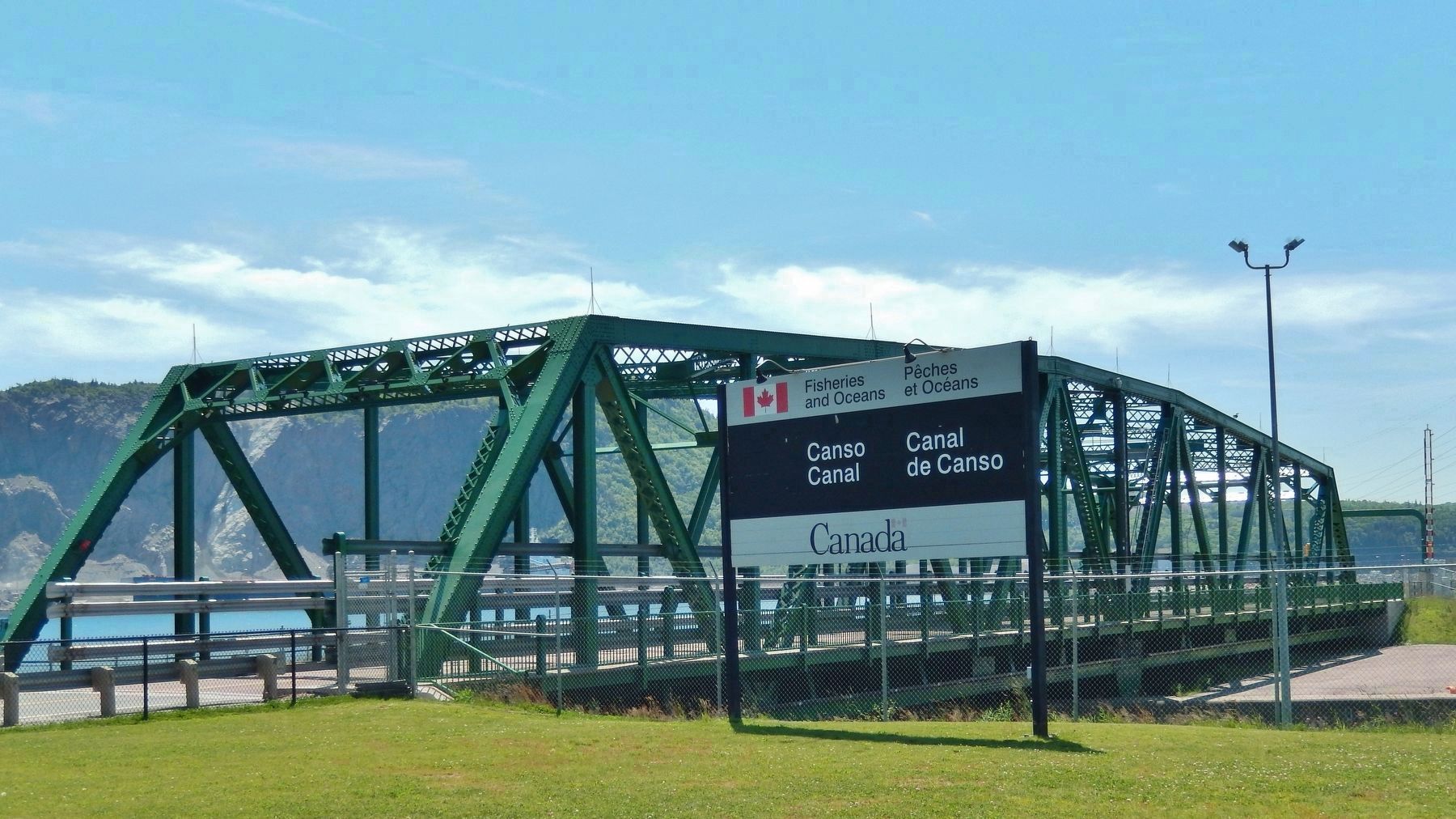