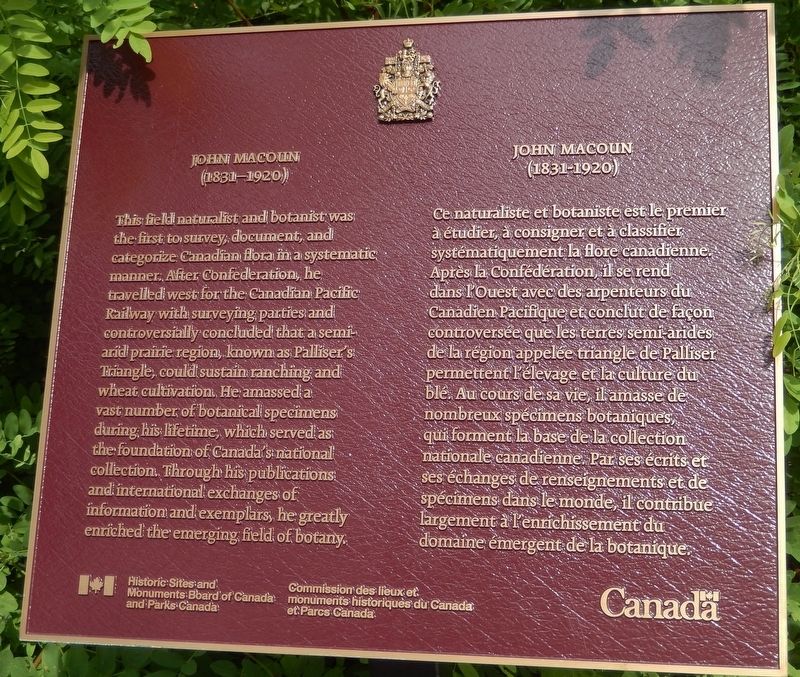 Photographed By Cosmos Mariner, August 11, 2019
1. John Macoun Marker
Inscription.
English: , This field naturalist and botanist was the first to survey, document, and categorize Canadian flora in a systematic manner. After Confederation, he travelled west for the Canadian Pacific Railway with surveying parties and controversially concluded that a semi-arid prairie region, known as Palliser’s Triangle, could sustain ranching and wheat cultivation. He amassed a number of botanical specimens during his lifetime, which served as the foundation of Canada’s national collection. Through his publications and international exchanges of information and exemplars, he greatly enriched the emerging field of botany. , . This historical marker was erected by Historic Sites and Monuments Board of Canada and Parks Canada/Commission des lieux et monuments historiques du Canada et Parcs Canada. It is in Centretown in Ottawa Ontario