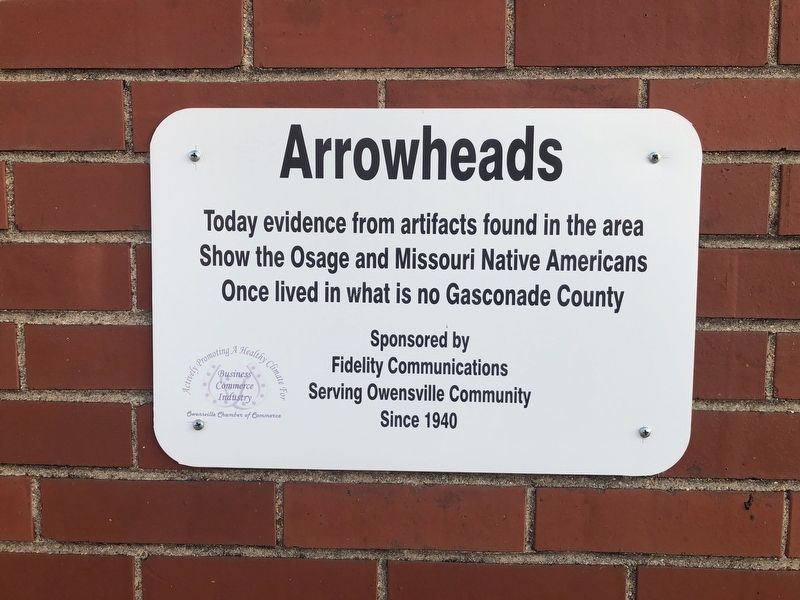 Photographed By Devry Becker Jones, September 15, 2019
1. Arrowheads Marker
Inscription.
Arrowheads. . Today evidence from artifacts found in the area Show the Osage and Missouri Native Americans Once lived in what is no Gasconade County . This historical marker was erected by Owensville Chamber of Commerce. It is in Owensville in Gasconade County Missouri

Topics and series. This historical marker is listed in these topic lists: Anthropology & Archaeology • Native Americans. In addition, it is included in the Missouri, Owensville Quilt Patterns series list. 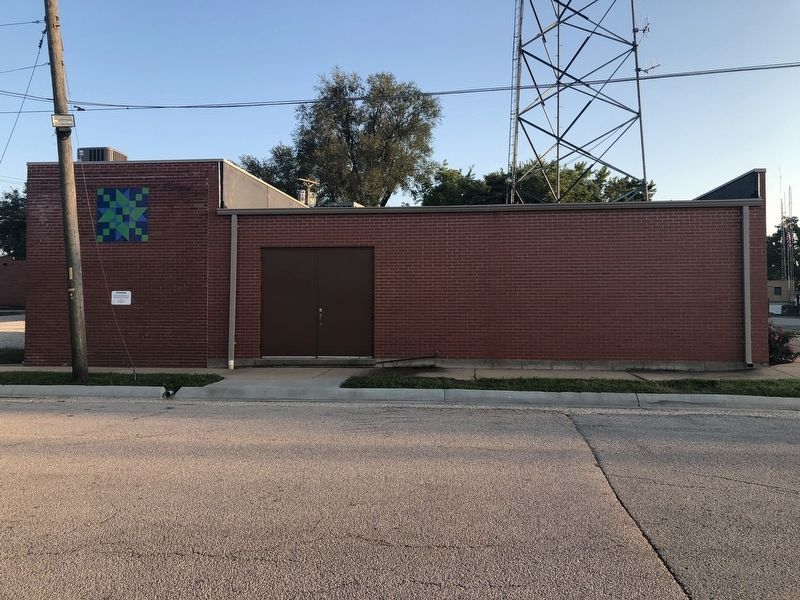