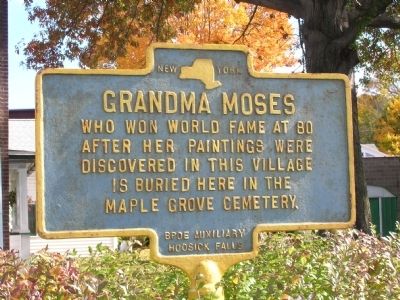 Photographed By Howard C. Ohlhous, October 17, 2008
1. Grandma Moses Marker - Hoosick Falls, New York
Inscription.
Grandma Moses. . Who won world fame at 80 after her paintings were discovered in this village is buried here in the Maple Grove Cemetery. . This historical marker was erected by Benevolent and Protective Order of Elks Auxiliary, Hoosick Falls. It is in Hoosick Falls in Rensselaer County New York

Who won world fame at 80 after her paintings were discovered in this village is buried here in the Maple Grove Cemetery. 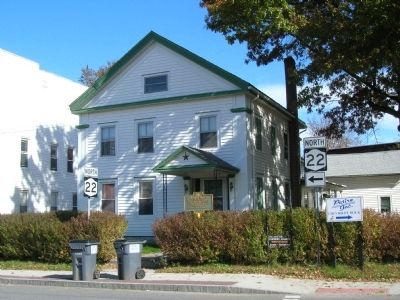 Regarding Grandma Moses. On December 13, 1961 President Kennedy paid the following tribute to Grandma Moses; "The death of Grandma Moses removed a beloved figure from American life. The directness and vividness of her paintings restored a primitive freshness to our perception of the American scene. Both her work and her life helped our nation renew its pioneer heritage and recall its roots in the countryside and on the frontier. All Americans mourn her loss."

Related marker. Click here for another marker that is related to this marker. Grandma Moses lived in nearby Eagle Bridge for many years 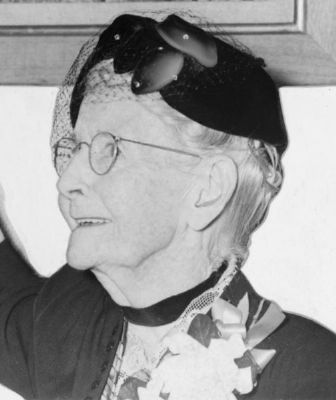 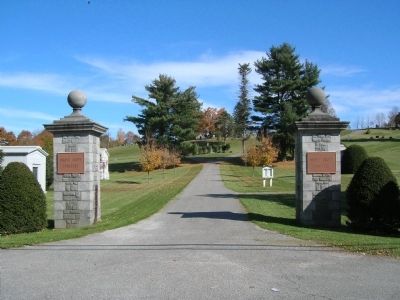 Photographed By Howard C. Ohlhous, October 24, 2008
4. Grove Cemetery in Hoosick Falls, NY
This is the entrance to the Gove Cemetery where Grandma Moses is buried. 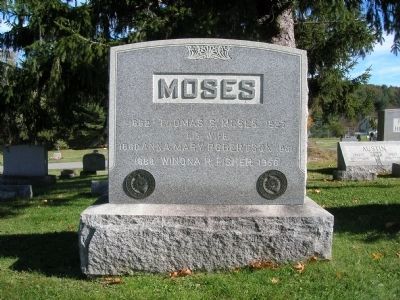 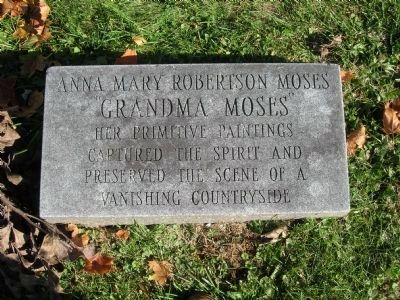 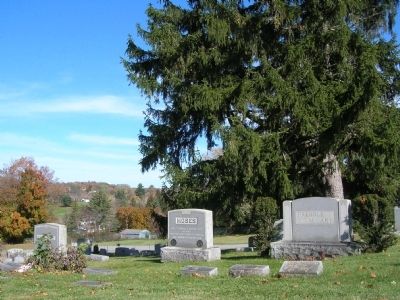 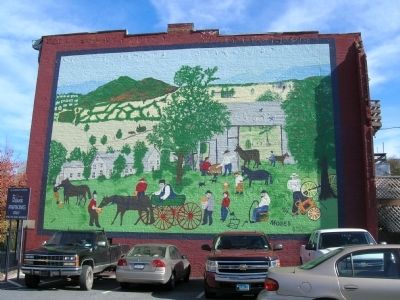