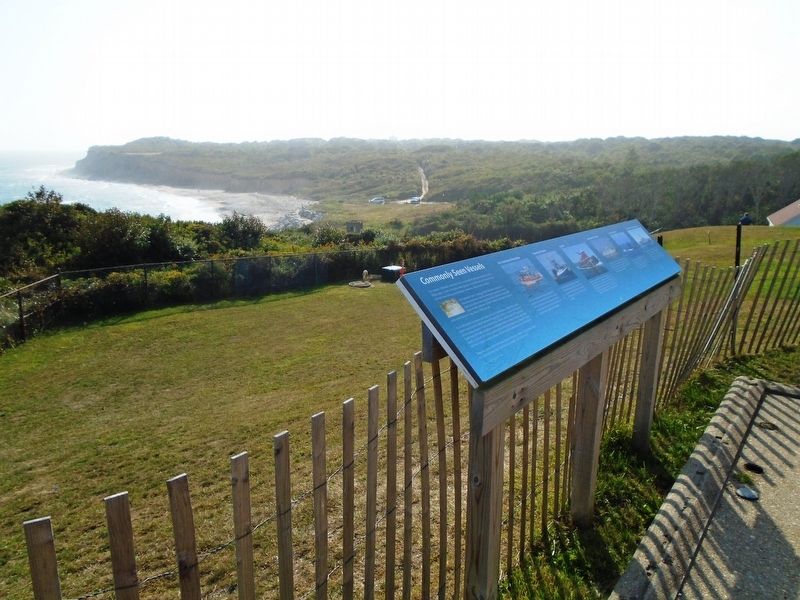 For centuries, Montauk's waters have been a crossroads of continuous maritime activity. While today's vessels are modern, their purpose is much the same as it has been since colonial times: fishing, transportation, commerce, defense and recreation.

Pre-Columbian Native Americans plied Montauk's waters for its abundant fish resources while harvesting great quantities of oysters, clams, and scallops from Long Island's bays. Middens of oyster shells found on both coasts attest to Native American settlement as far back as the end of of the last Ice Age, almost 12,000 years ago.

In the 16th century, Europeans arriving in caravels (3-masted ships) explored the coast of North America for the fabled Northwest Passage to the Orient. As early as 1524, Giovanni da Verrazzano is known to have navigated New York Bay and the waters off Long Island's South Shore. He would certainly have seen Montauk Point, describing as he did, nearby Block Island in detail. By 1614, Dutch explorer Adriaen Block had charted Long Island, the Sound, and New England, laying the groundwork for the Dutch colonization of New York in 1624.

Today, five centuries after Verrazzano's voyage of discovery, maritime activity is busier than ever. Here are some of the vessels that are commonly seen in these waters.

U.S. Navy Submarine . Occasionally, a submarine may be sighted off Montauk Point. That is because located across Long Island Sound at Groton, CT., is General Dynamic's [sic] Electric Boat, a subsidiary of the General Dynamics Corporation. Their shipyard has been the primary builder of submarines for the United States Navy for over 100 years.