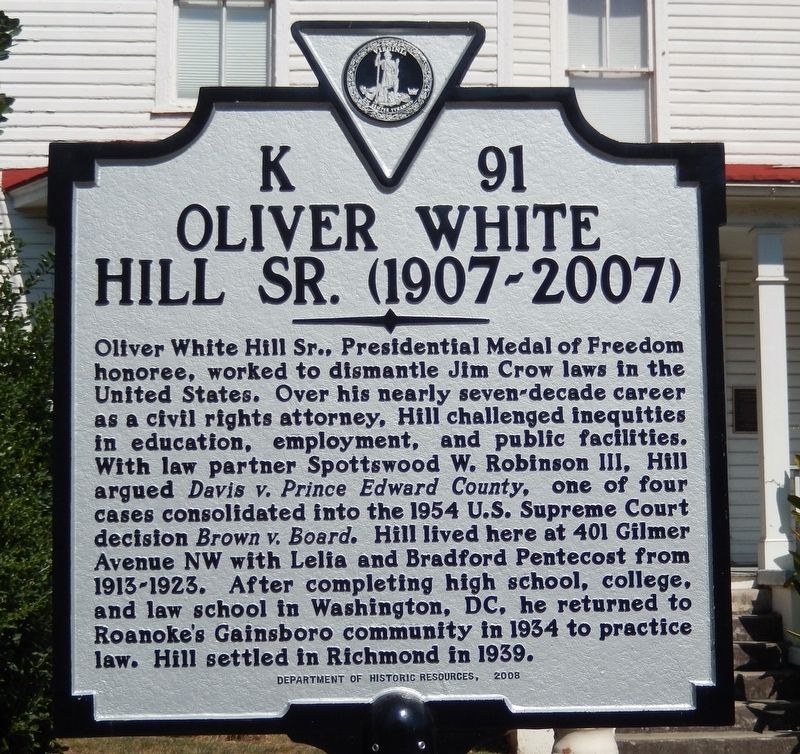 Location. 37° 16.618′ N, 79° 56.806′ W. Marker is in Roanoke, Virginia. Marker is on Gilmer Avenue Northwest just west of 4th Street Northwest, on the right when traveling west. Marker is located beside the sidewalk directly in 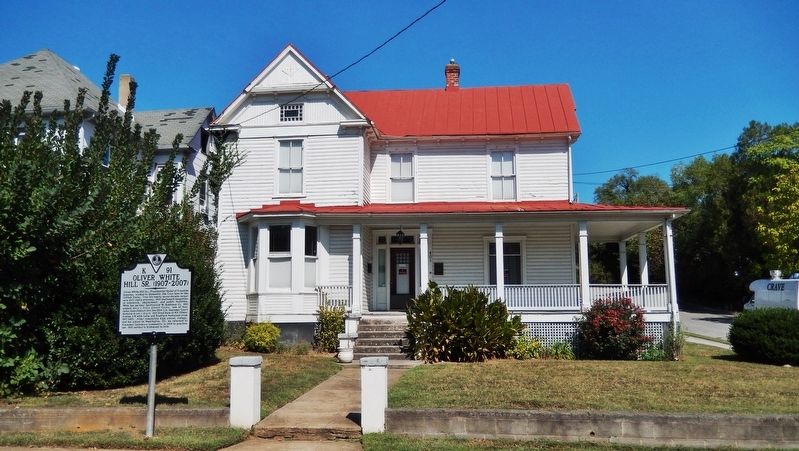 By Cosmos Mariner, October 3, 2019
2. Oliver White Hill Sr. Marker (wide view)
front of the subject house, near the southwest corner of the property. Touch for map. Marker is at or near this postal address: 401 Gilmer Avenue Northwest, Roanoke VA 24016, United States of America. Touch for directions.

Also see . . .  Oliver White Hill. After earning his Bachelor of Arts degree at Howard University, he graduated in 1933 from Howard University Law School, second in his class only to his friend Thurgood Marshall. In Richmond, Hill founded his first law firm, Hill, Martin and Robinson, and joined with Charles Hamilton Houston on the National Association for the Advancement of Colored People’s (NAACP) legal team. In addition to his civil rights litigation, Hill served as an officer or on the board of many national, state, and local organizations, including the NAACP and the National Bar Association. 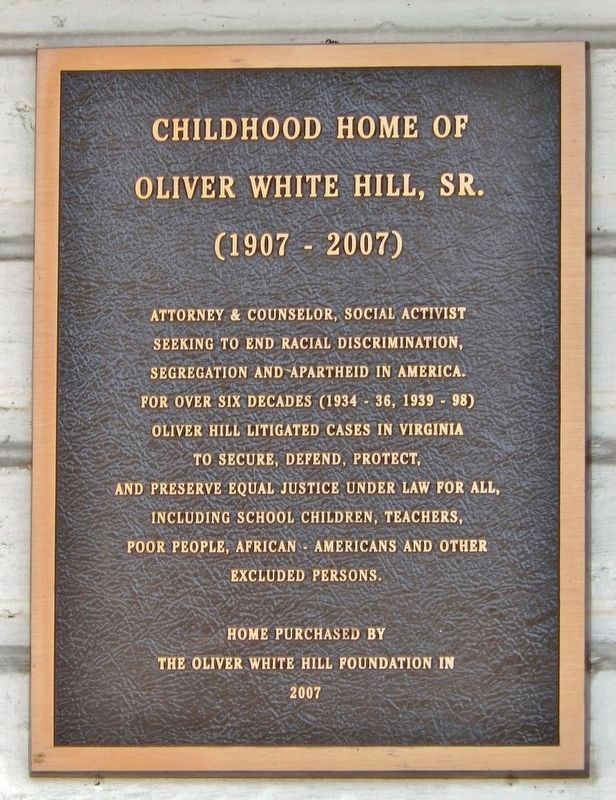 Home purchased by
The Oliver White Hill Foundation in
2007
On August 11, 1999 President Bill Clinton awarded Hill with the Presidential Medal of Freedom. (Submitted on October 4, 2019, by Cosmos Mariner of Cape Canaveral, Florida.) 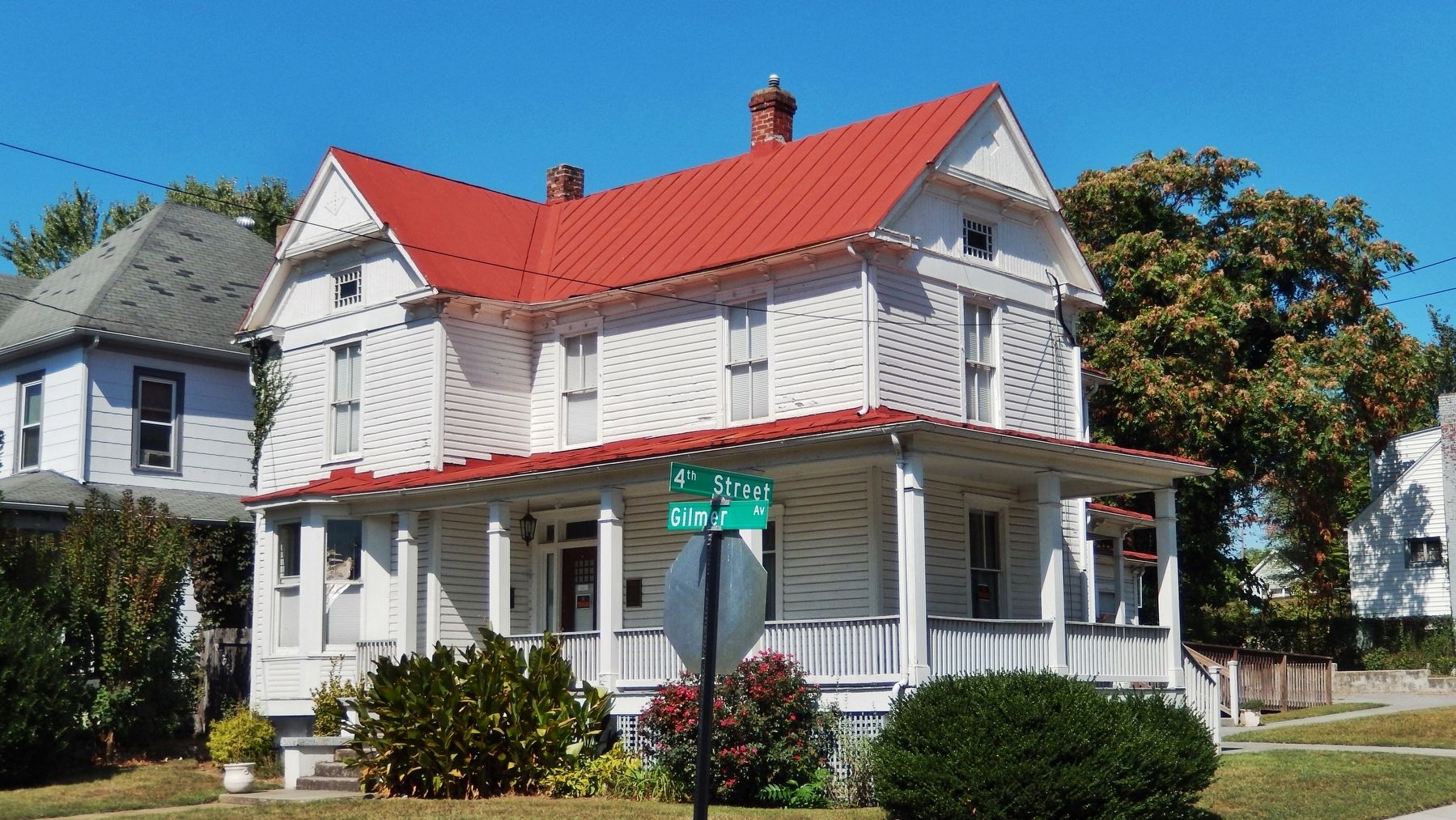