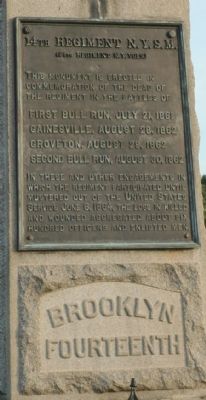 Photographed By Tom Fuchs, June 11, 2006
1. Brooklyn Fourtheenth Marker
Inscription.
Brooklyn Fourteenth. . 14th Regiment N.Y.S.M. (84th Regiment N.Y. Vols.) This monument is erected in commemoration of the dead of the regiment in the battles of First Bull Run, July 21, 1861 . Gainesville, August 28, 1862 . Groveton, August 29, 1862 . Second Bull Run, August 30, 1862. , In these and other engagements in which the regiment participated until mustered out of the United States Service June 6, 1864, the loss in killed and wounded aggregated about six hundred officers and enlisted men. . This historical marker was erected in 1907 by the State of New York. It is Near Manassas in Prince William County Virginia

In these and other engagements in which the regiment participated until mustered out of the United States Service June 6, 1864, the loss in killed and wounded aggregated about six hundred officers and enlisted men.

Topics. This historical marker is listed in this topic list: War, US Civil. A significant historical date for this entry is June 6, 1968.

Location. 38° 48.777′ N, 77° 32.778′ W. Marker is near Manassas, Virginia, in Prince William County. Marker is on Lee Highway (U.S. 29) east of Groveton Road, on the left when traveling west. It is in the Manassas National Battlefield Park. There is a parking lot at this monument. You must show your $3 per person park pass if requested, and you can buy your pass at a honor-system post-mounted box at the parking lot 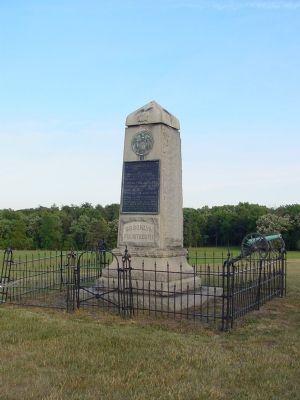 Click or scan to see
this page online
for the Groveton Confederate Cemetery across the highway, or at the visitor’s center on Sudley Road. Touch for map. Marker is in this post office area: Manassas VA 20109, United States of America. Touch for directions.

More about this marker. An 1906 act of the New York State legislature formed a commission charged with buying the land and erecting the monument. The monument is situated on a hill overlooking Lee Highway (then Warrenton Pike) on the southeast corner of Lee Highway and Groveton Road.

2. The History of the Fighting Fourteenth: 14th Brooklyn State Militia. This 1911 book, available from independent sellers on Amazon.com, has an impressive photographic supplement. (Submitted on February 25, 2007.) 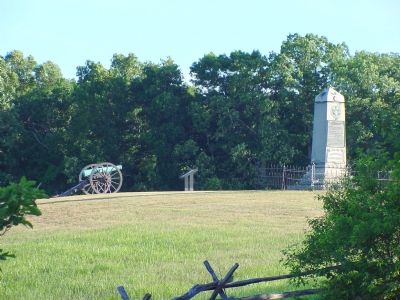 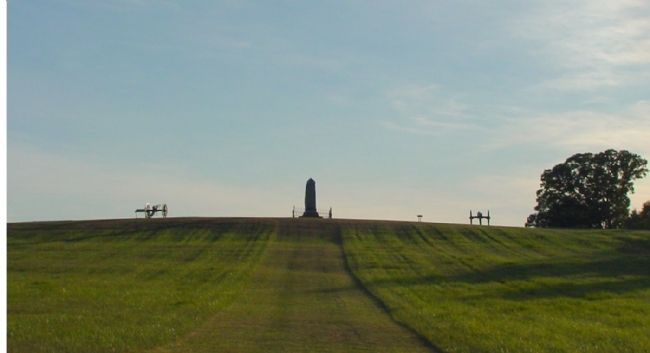