George Washington's Distillery and Gristmill in 1799 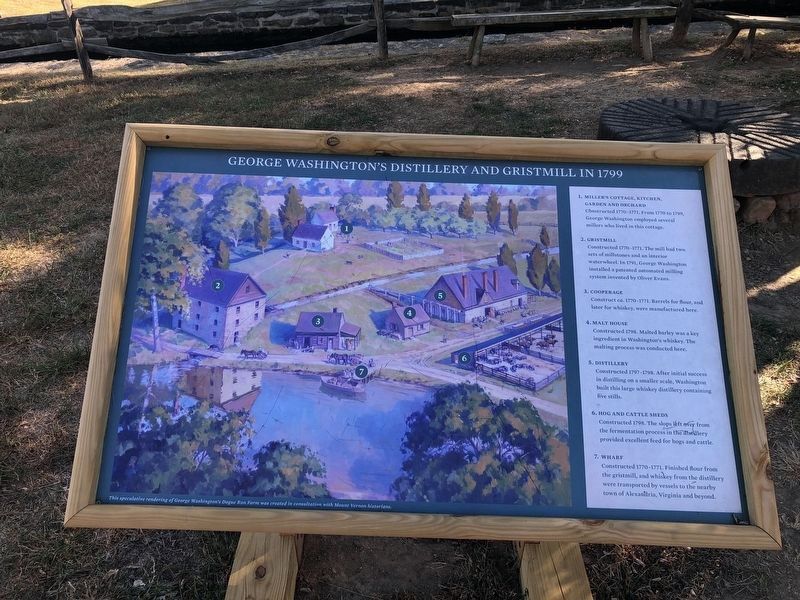 1. Miller's Cottage, Kitchen, Garden and Orchard
Constructed 1770-1771. From 1770 to 1799, George Washington employed several millers who lived in this cottage.

2. Gristmill
Constructed 1770-1771. The mill had two sets of millstones and an interior waterwheel. In 1791, George Washington installed a patented automated milling system by Oliver Evans.

3. Cooperage
Construct ca. 1770-1771. Barrels for flour, and later for whiskey, were manufactured here.

6. Hog and Cattle Sheds
Constructed 1798. The slops left over from the fermentation process in the distillery provided excellent feed for hogs and cattle.

7. Wharf
Constructed 1770-1771. Finished flour from the gristmill, and whiskey from the distillery 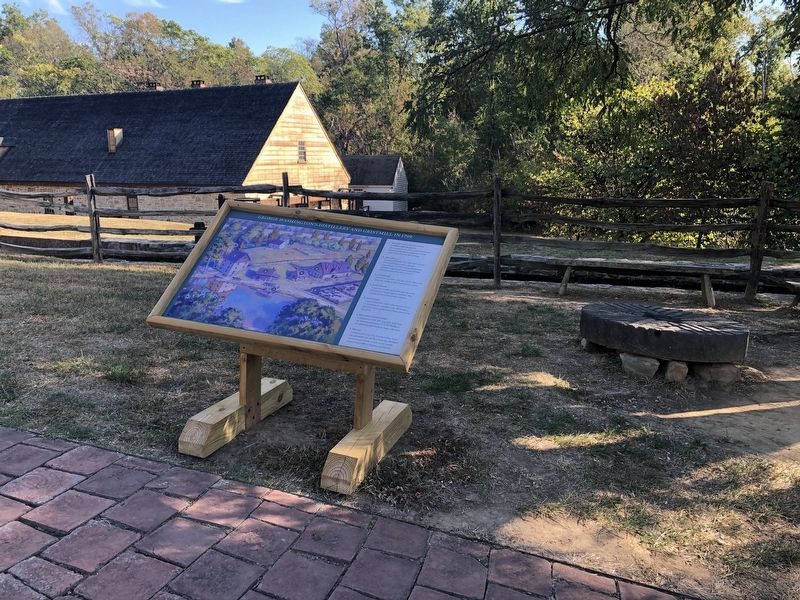 Click or scan to see
this page online
were transported by vessels to the nearby town of Alexandria, Virginia and beyond.

Topics and series. This historical marker is listed in these topic lists: Agriculture • Colonial Era • Industry & Commerce • Waterways & Vessels. In addition, it is included in the Former U.S. Presidents: #01 George Washington series list. A significant historical year for this entry is 1770.

Location. 38° 42.793′ N, 77° 7.799′ W. Marker is near Alexandria, Virginia, in Fairfax County. Marker can be reached from Mount Vernon Memorial Highway (Virginia Route 235) 0.1 miles south of Grist Mill Woods Way, on the left when traveling south. Touch for map. Marker is at or near this postal address: 5514 Mount Vernon Memorial Highway, Alexandria VA 22309, United States of America. Touch for directions. 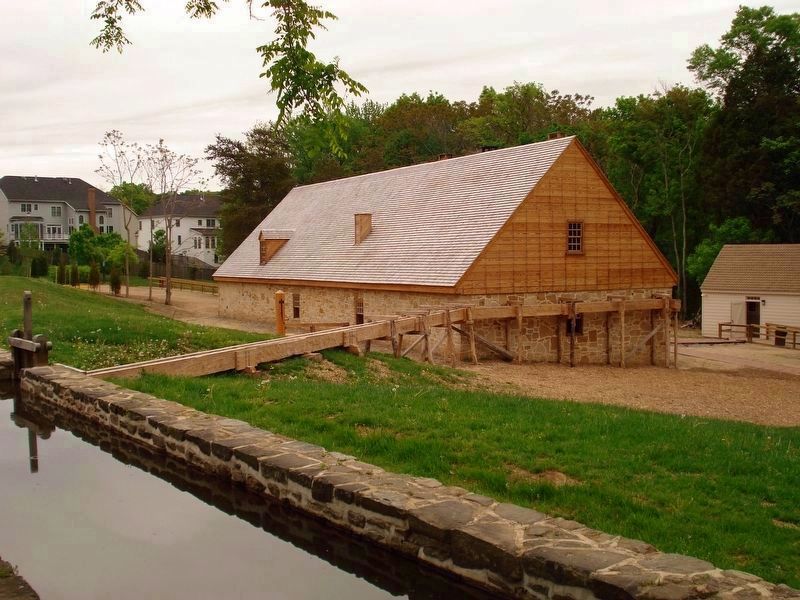 Photographed By Roger Dean Meyer, May 5, 2007
3. George Washington's Distillery
(approx. 0.3 miles away); Potomac Connections (approx. 0.4 miles away). Touch for a list and map of all markers in Alexandria. 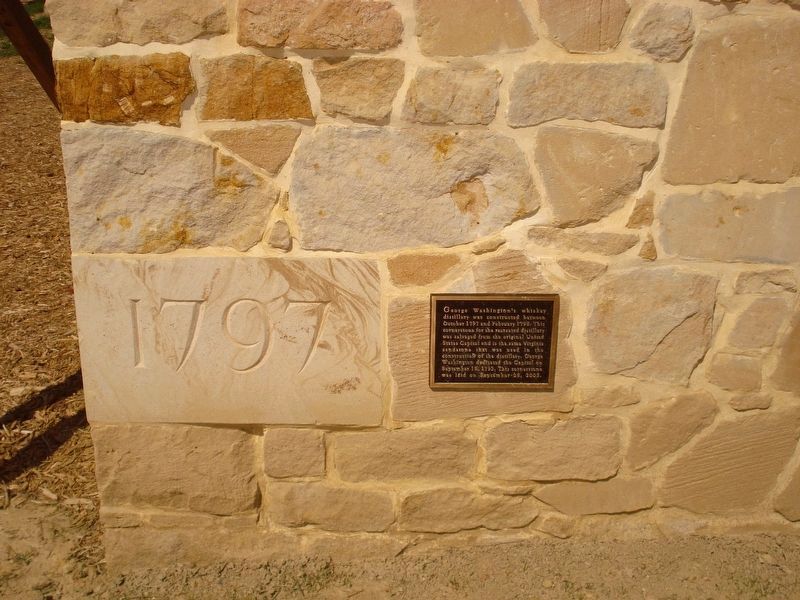