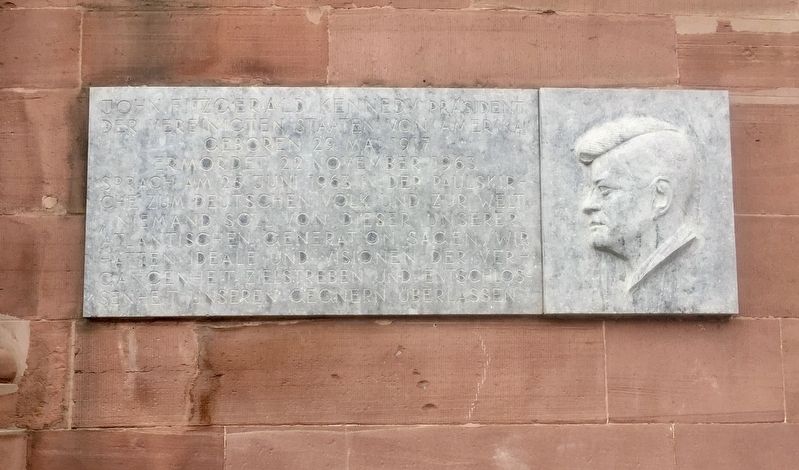 John F. Kennedy, President of the United States of America, born on May 29, 1917, and murdered on November 22, 1963, spoke on June 25, 1963 at the Paulskirche (i.e., here) to the German people and to the world. "Let it not be said of this Atlantic generation that we left ideals and visions to the past, nor purpose and determination to our adversaries."

(Note that the Kennedy quote is not translated from the German, but rather taken directly from the transcript of that speech.) . This historical marker is in Frankfurt am Main in Frankfurt Hessen Germany