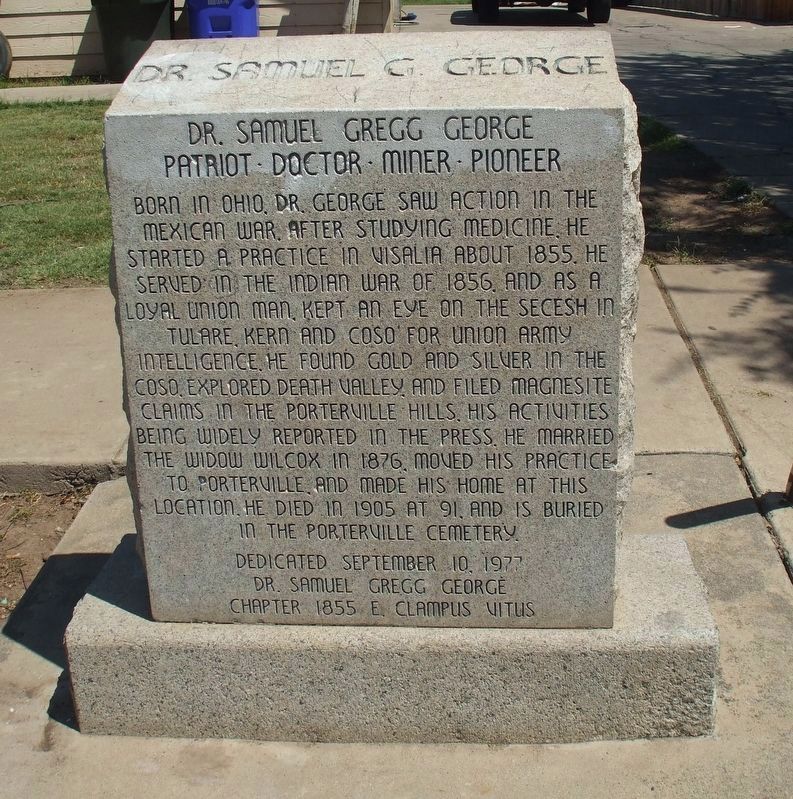 Born in Ohio, Dr. George saw action in the Mexican War. After studying medicine, he started a practice in Visalia about 1855. He served in the Indian War of 1856, and as a loyal Union man, kept an eye on the Secesh in Tulare, Kern and Coso for Union Army intelligence. He found gold and silver in the Coso, explored Death Valley, and filed magnesite claims in the Porterville hills. His activities being widely reported in the press. He married the Widow Wilcox in 1876, moved his practice to Porterville, and made his home at this location. He died in 1905 at 91, and is buried in the Porterville Cemetery.

Other nearby markers. At least 8 other markers are within 2 miles of 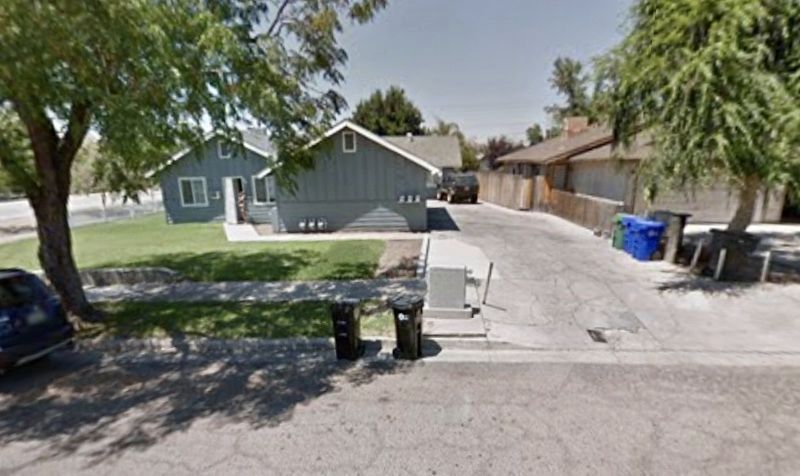 Also see . . .  Dr Samuel Gregg George. Information and photo of Dr. George in the archives of the Tulare County Library. (Submitted on October 25, 2019.) 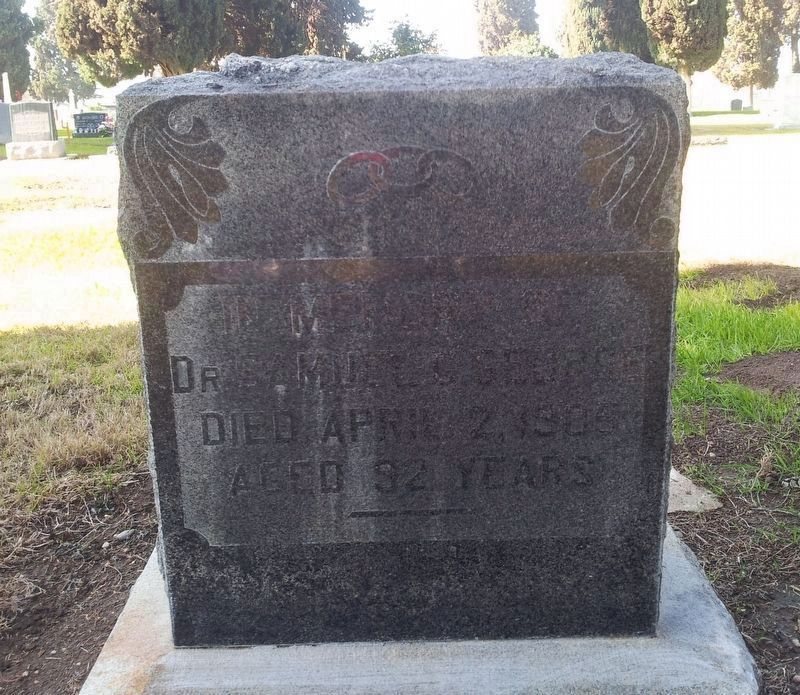