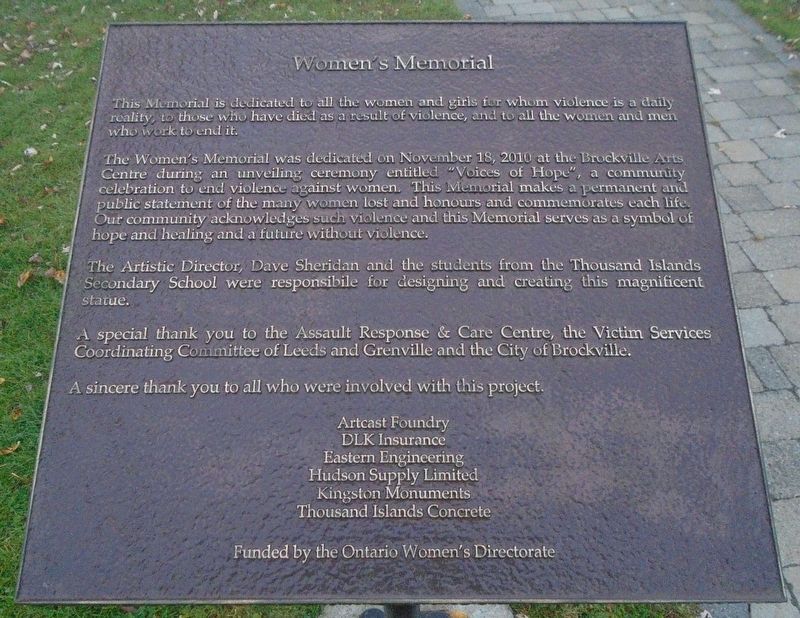 The Women's Memorial was dedicated on November 18, 2010 at the Brockville Arts Centre during an unveiling ceremony entitled "Voices of Hope" , a community celebration to end violence against women. This Memorial makes a permanent and public statement of the many women lost and honours and commemorates each life. Our community acknowledges such violence and this Memorial serves as a symbol of hope and healing and a future without violence.

The Artistic Director, Dave Sheridan and the students of the Thousand Islands Secondary School were responsible for designing and creating this magnificent statue.

A special thank you to the Assault Response & Care Centre, the Victim Services Coordinating Committee of Leeds and Grenville and the City of Brockville.

A sincere thank you to all who were involved with this project. . This memorial was erected in 2010 by Ontario Women's Directorate. It is in Brockville Ontario