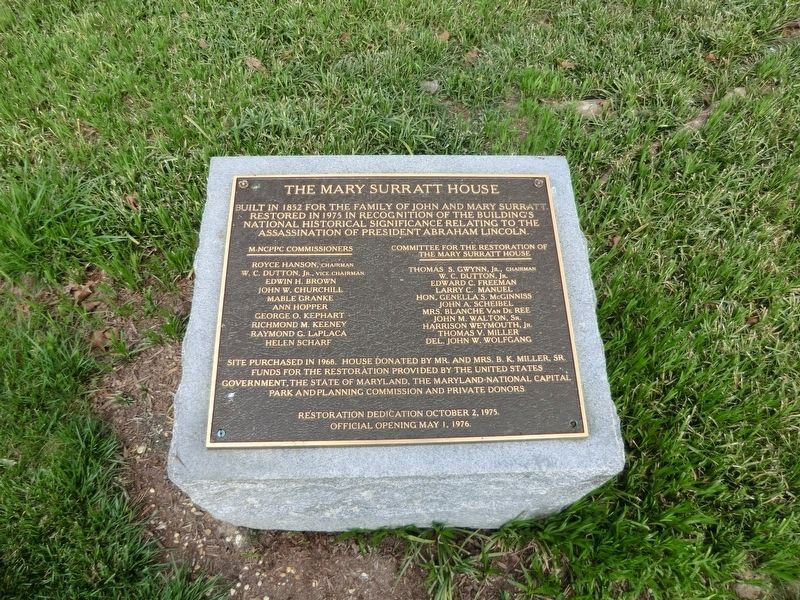 Built in 1852 for the family of John and Mary Surratt. Restored in 1975 in recognition of the buildings national historical significance relating to the assassination of President Abraham Lincoln.

Site purchased in 1968, House donated by Mr. and Mrs. B.K. Miller, Sr. Funds for the restoration provided by the United States Government, the State of Maryland, the Maryland-National Capital Park and Planning Commission and Private Donors. 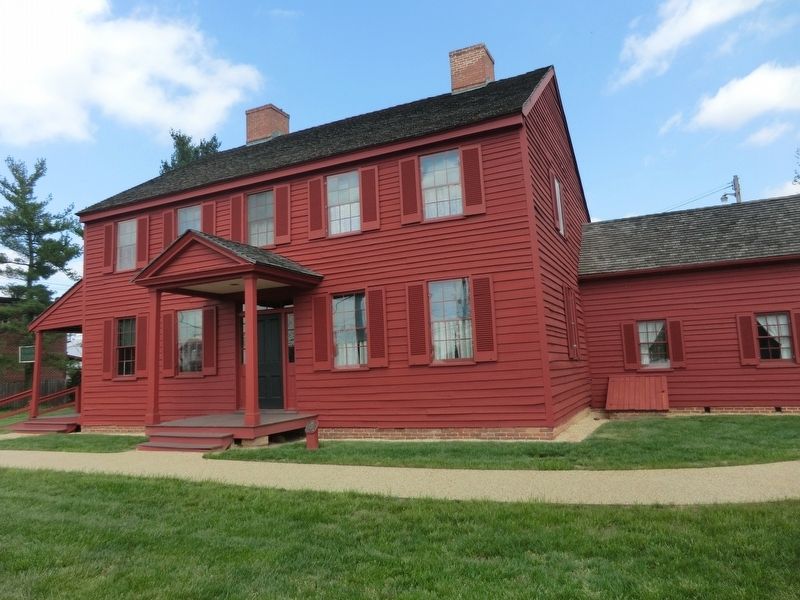 Location. 38° 45.876′ N, 76° 53.826′ W. Marker is in Clinton, Maryland, in Prince George's County. Marker can be reached from Brandywine Road (Maryland Route 381) just north of Horseshoe Road, on the right when traveling north. The marker is on the grounds of the house. Touch for map. Marker is at or near this postal address: 9118 Brandywine Road, Clinton MD 20735, United States of America. Touch for directions. 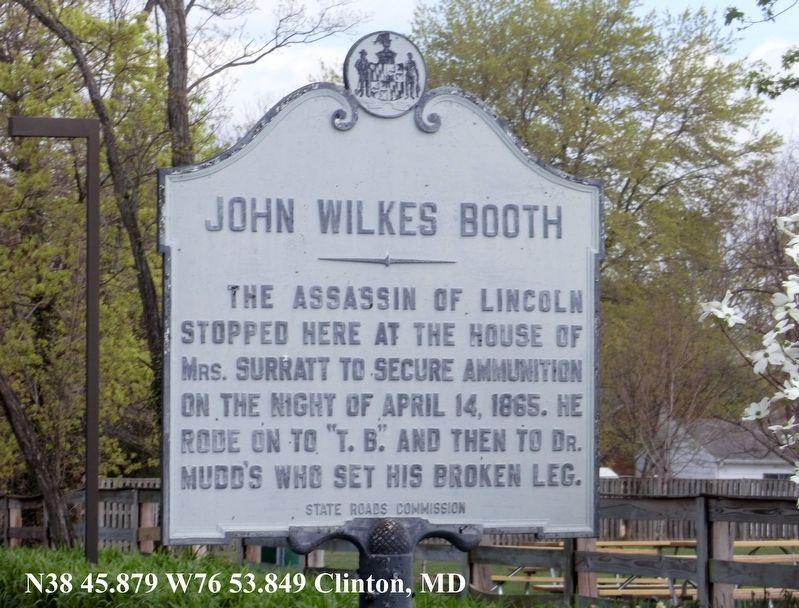