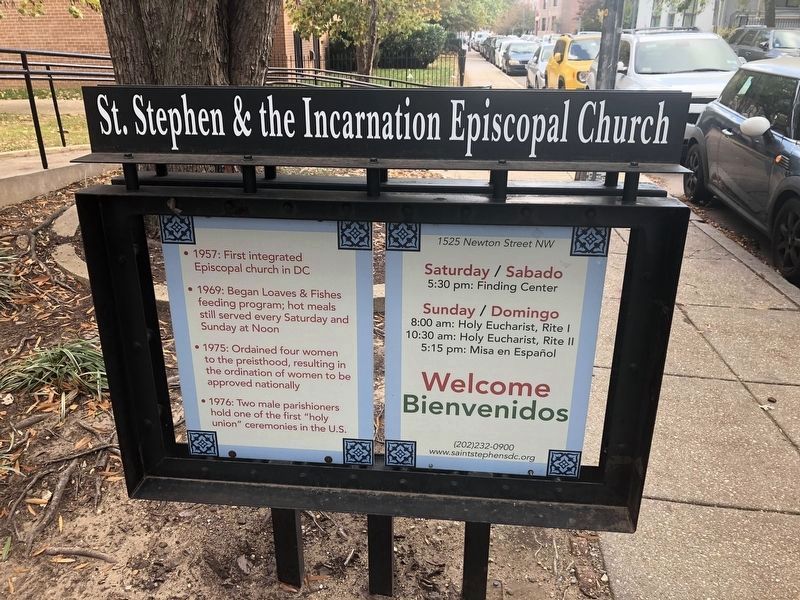 • 1975: Ordained four women to the priesthood, resulting in the ordination of women to be approved nationally

• 1976: Two male parishioners hold one of the first "holy union" ceremonies in the U.S.

[Reverse:]
• 1974: First public celebration of the eucharist by a woman priest

• 2006: Founded the Misa Algería and committed to becoming one congregation that speaks two languages. 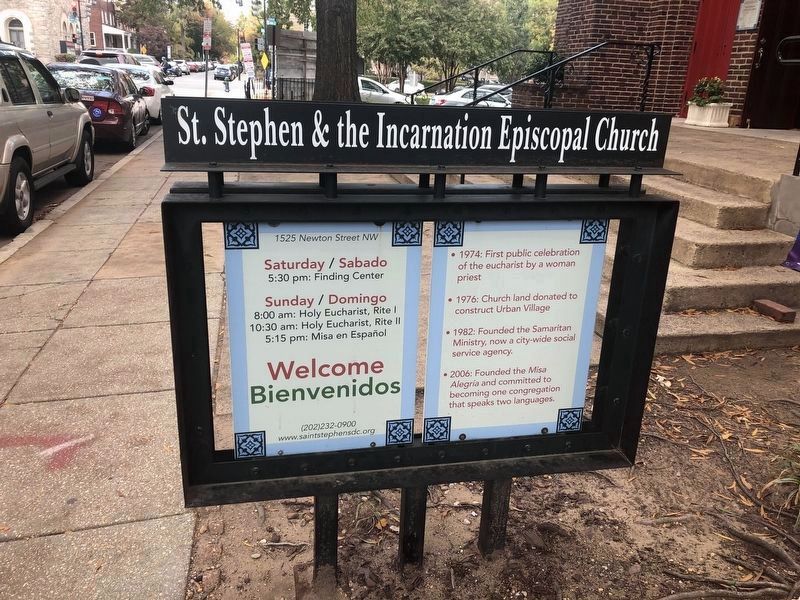 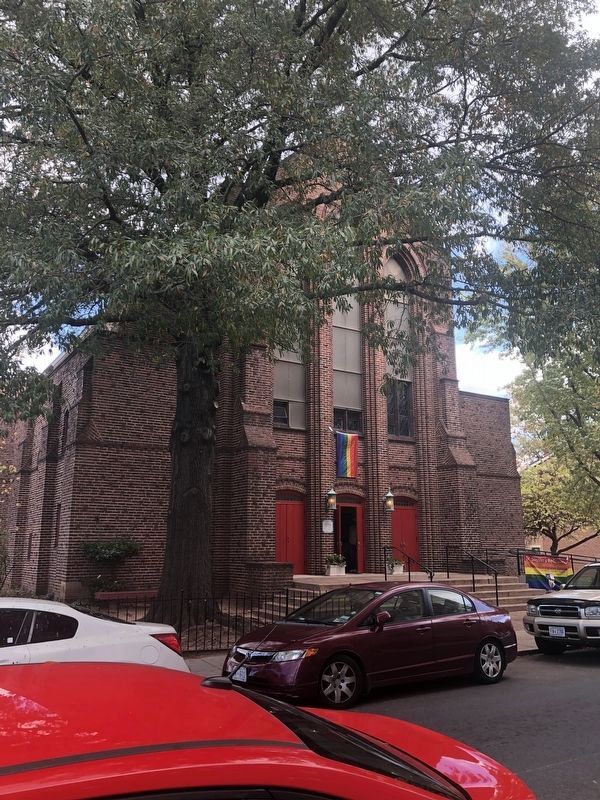 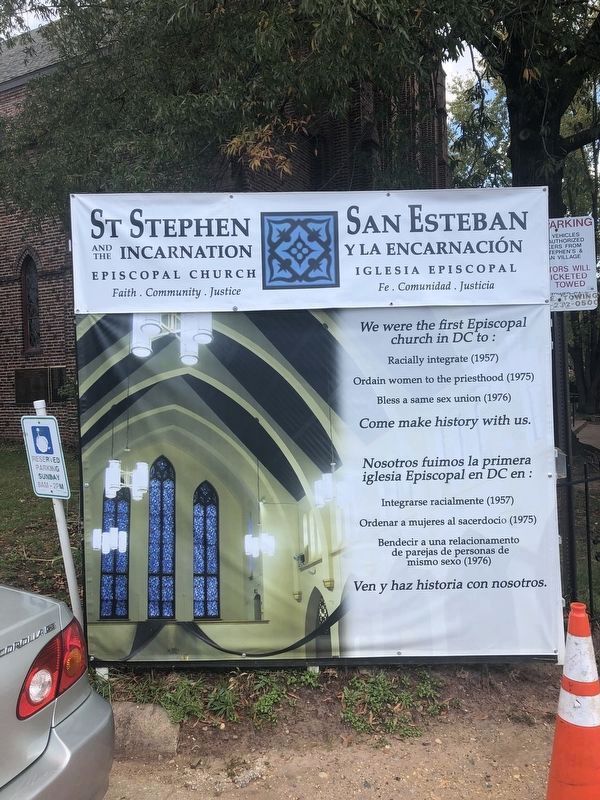 By Devry Becker Jones, November 8, 2019
4. Banner in English and Spanish on the church grounds
More. Search the internet for St. Stephen & the Incarnation Episcopal Church.

Editor’s want-list for this marker. Wide-view photo of marker in context • Can you help?
Share This Page.