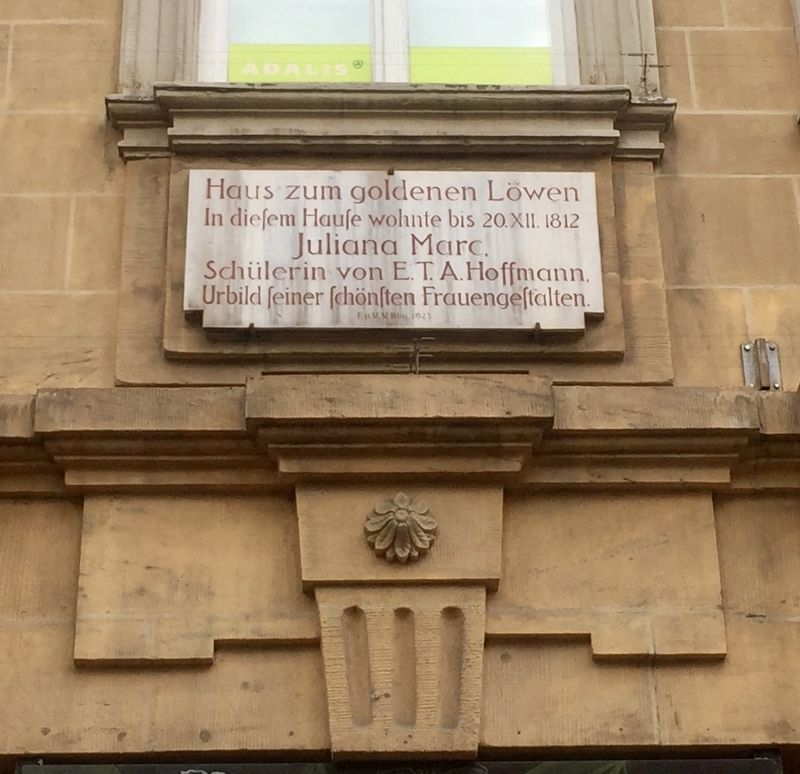 By Andrew Ruppenstein, September 25, 2019
1. Juliana Marc Marker
Inscription.
(English translation:) House at the Golden Lions. In this house lived, until December 20, 1812, Juliana Marc, pupil of E.T.A. Hoffmann and archetype of his most beautiful female characters. . This historical marker was erected in 1923 by F.u.V.V. Bbg.. It is in Bamberg Bavaria Germany