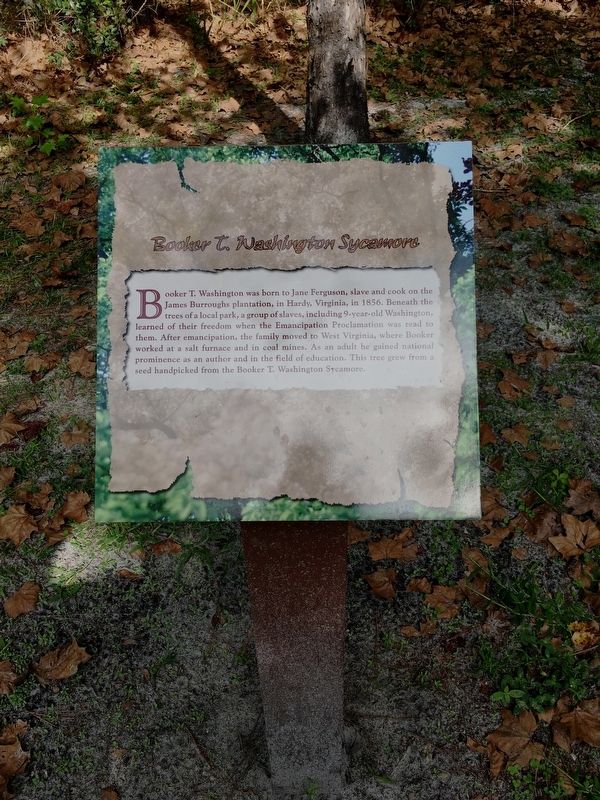 Booker T. Washington was born to Jane Ferguson, slave and cook on the James Burroughs plantation, in Hardy, Virginia, in 1856. Beneath the trees of a local park, a group of slaves, including 9-year-old Washington, learned of their freedom when the Emancipation Proclamation was read to them. After emancipation, the family moved to West Virginia, where Booker worked at a salt furnace and in cool mines. As an adult he gained national prominence as an author and in the field of education. This tree grew from a seed handpicked from the Booker T. Washington Sycamore.

Location. 30° 20.211′ N, 81° 51.962′ W. Marker is in Jacksonville, Florida, in Duval County. Marker can be reached from Halsema Road North 0.4 miles north of Old Plank Road, on the right when traveling north. Located within the Camp Milton Historic Preserve. Touch for map. Marker is at or near this postal address: 1225 Halsema Road North, Jacksonville FL 32220, United States of America. Touch for directions. 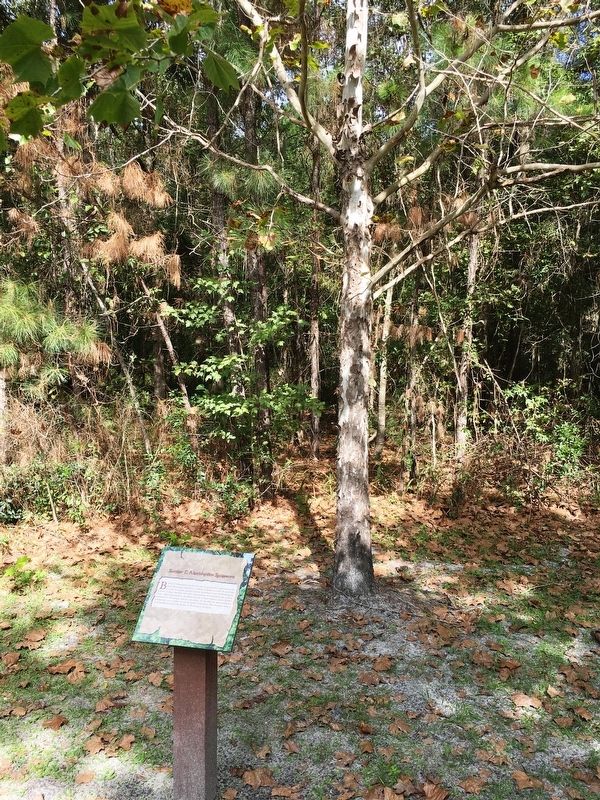