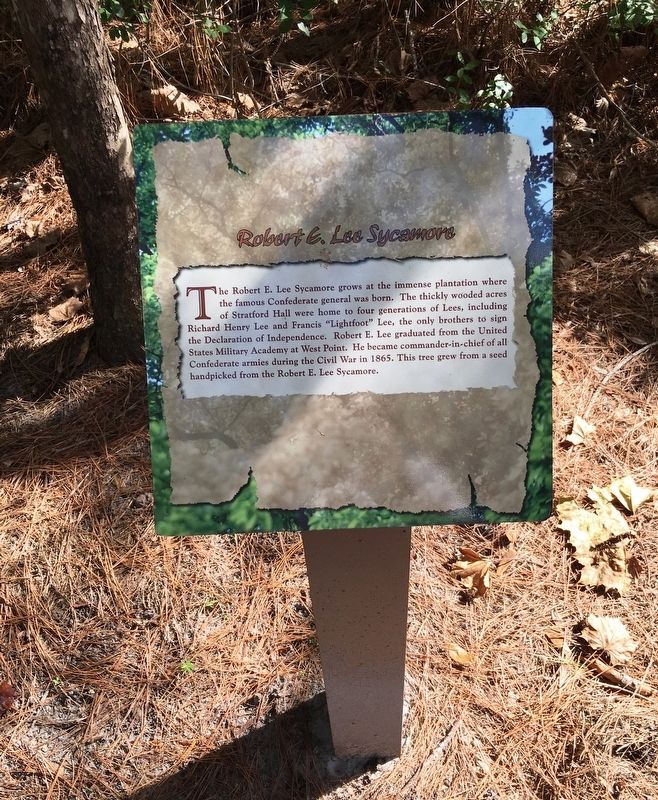 The Robert E. Lee Sycamore grows at the immense plantation where the famous Confederate general was born. The thickly wooden acres of Stratford Hall were home to four generations of Lees, including Richard Henry Lee and Francis “Lightfoot” Lee, the only brothers to sign the Declaration of Independence. Robert E. Lee graduated from the United States Military Academy at West Point. He became commander-in-chief of all Confederate armies during the Civil War in 1865. This tree grew from a seed handpicked from Robert E. Lee Sycamore.

Location. 30° 20.185′ N, 81° 52.002′ W. Marker is in Jacksonville, Florida, in Duval County. Marker can be reached from Halsema Road North 0.4 miles north of Old Plank Rd, on the right when traveling north. Located within the Camp Milton Historic Preserve. Touch for map. Marker is at or near this postal address: 1225 Halsema Road North, Jacksonville FL 32220, United States of America. Touch for directions. 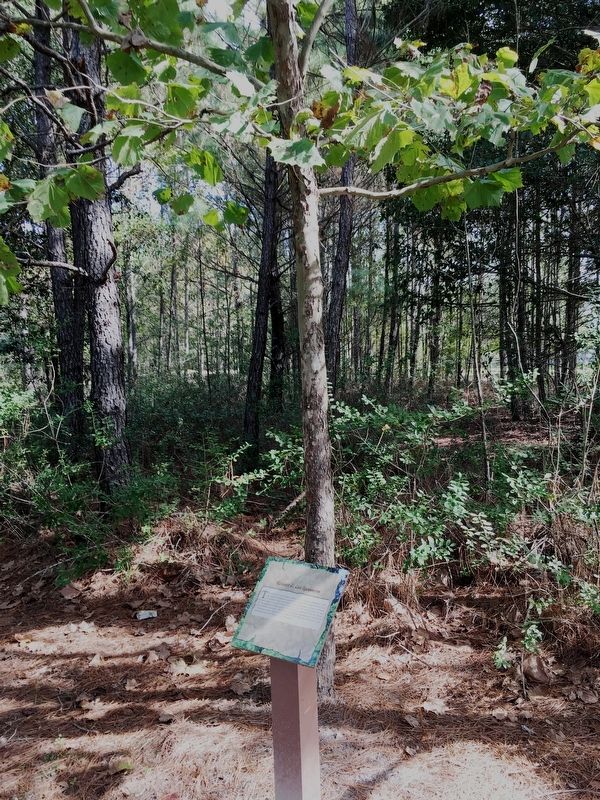