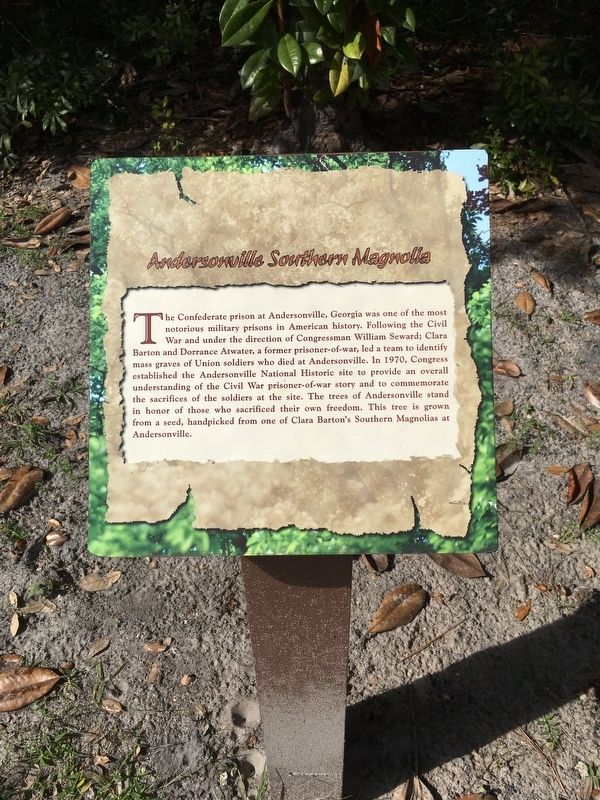 The Confederate prison at Andersonville, Georgia was one of the most notorious military prisons in American history. Following the Civil War and under the direction of Congressman William Seward; Clara Barton and Dorrance Atwater, a former prisoner-of-war, led a team to identify mass graves of Union soldiers who died at Andersonville. In 1970, Congress established the Andersonville National Historic site to provide an overall understanding of the Civil War prisoner-of-war story and to commemorate the sacrifices of the soldiers at the site. The trees of Andersonville stand in honor of those who sacrificed their own freedom. This tree is grown from a seed, handpicked from one of Clara Barton’s Southern Magnolias at Andersonville.

Location. 30° 20.199′ N, 81° 51.988′ W. Marker is in Jacksonville, Florida, in Duval County. Marker can be reached from Halsema Road North 0.4 miles from Old Plank Road, on the right when traveling north. Located within the Camp Milton Historic Preserve. Touch for map. Marker is at or near this postal address: 1225 Halsema Road North, Jacksonville FL 32220, United States of America. Touch for directions. 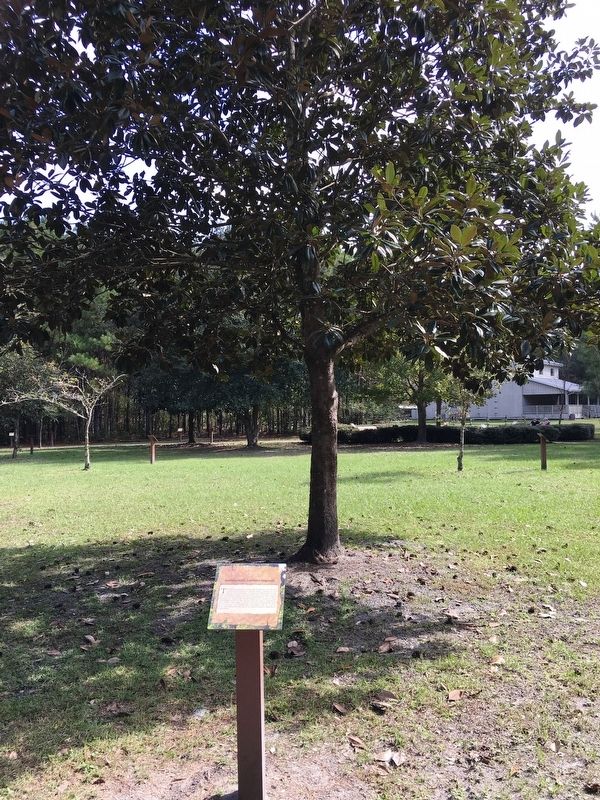