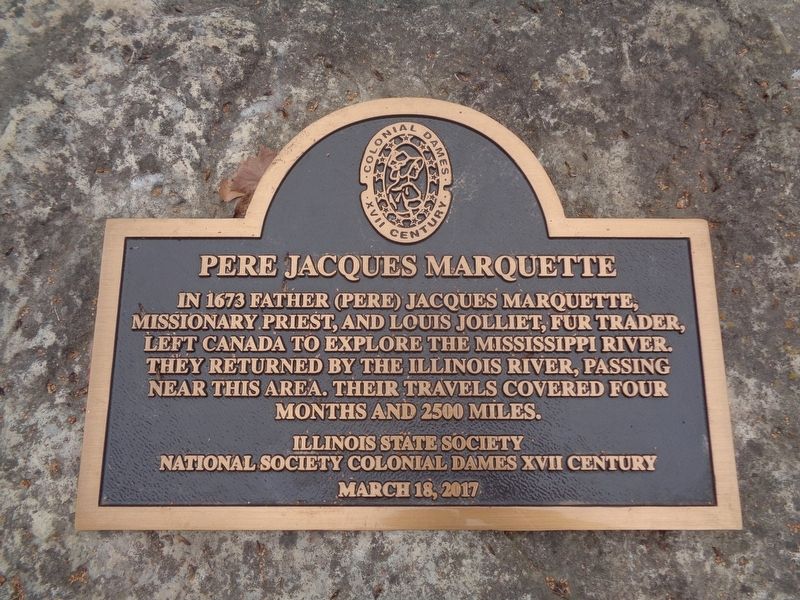 In 1673 Father (Pere) Jacques Marquette, missionary priest, and Louis Jolliet, fur trader, left Canada to explore the Mississippi River. They returned by the Illinois River, passing near this area. Their travels covered four months and 2500 miles.

Marker series. This marker is included in the National Society of The Colonial Dames of America marker series.

Other nearby markers. At least 8 other markers are within 12 miles of this marker, measured as the crow flies. The CCC (a few steps from this marker); Illiniwek (within shouting distance of this marker); The Piasa Bird (about 300 feet away, 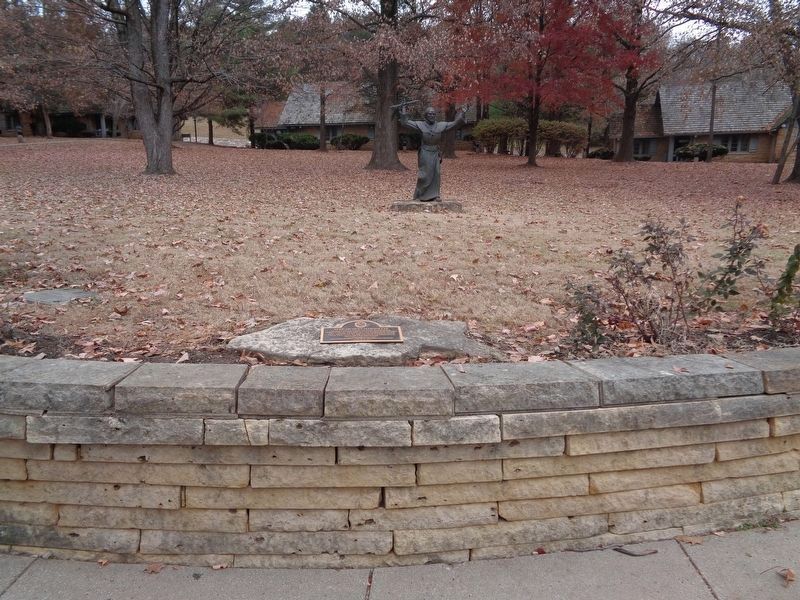