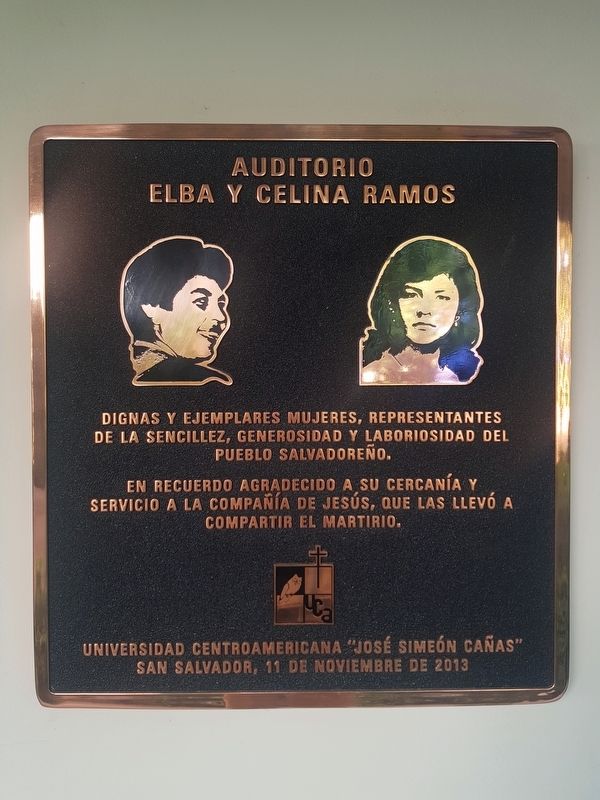 By J. Makali Bruton, November 12, 2019
1. Elba and Celina Ramos Auditorium Marker
Inscription.
English translation: . Elba and Celina Ramos Auditorium . Worthy and exemplary women, representatives of the simplicity, generosity and industriousness of the Salvadoran people. . . In grateful memory to their closeness and service to the Society of Jesus, which led them to share in their martyrdom. . . Central American University “José Simeón Cañas” . San Salvador, November 11, 2013 . This historical marker was erected in 2013. It is Near San Salvador El Salvador