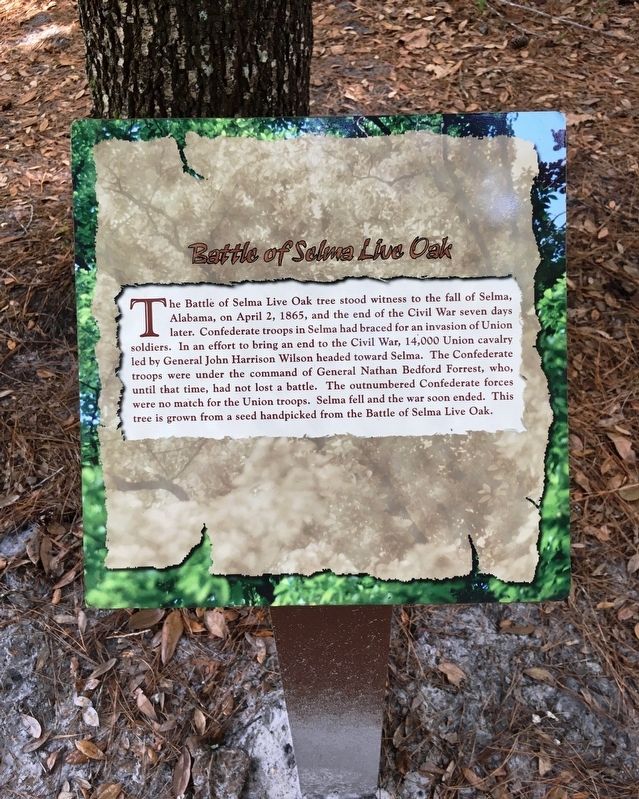 The Battle of Selma Live Oak tree stood witness to the fall of Selma, Alabama, on April 2, 1865, and the end of the Civil War seven days later. Confederate troops in Selma had braced for an invasion of Union soldiers. In an effort to bring an to end to the Civil War, 14,000 Union cavalry led by General John Harrison Wilson headed toward Selma . The Confederate troops were under the command of General Nathan Bedford Forrest, who, until that time, had not lost a battle. The outnumbered Confederate forces were no match for the Union troops. Selma fell and the war soon ended. This tree is grown from a seed handpicked from the Battle of Selma Live Oak.

Location. 30° 20.187′ N, 81° 51.995′ W. Marker is in Jacksonville, Florida, in Duval County. Marker can be reached from Halsema Road North 0.4 miles north of Old Plank Road, on the right when traveling north. Located within the Camp Milton Historic Preserve. Touch for map. Marker is at or near this postal address: 1225 Halsema Road North, Jacksonville FL 32220, United States of America. Touch for directions.

Other nearby markers. At least 8 other markers are within walking distance of this marker. Kennesaw Mountain White Oak (here, next to this marker); Shiloh Silver Maple 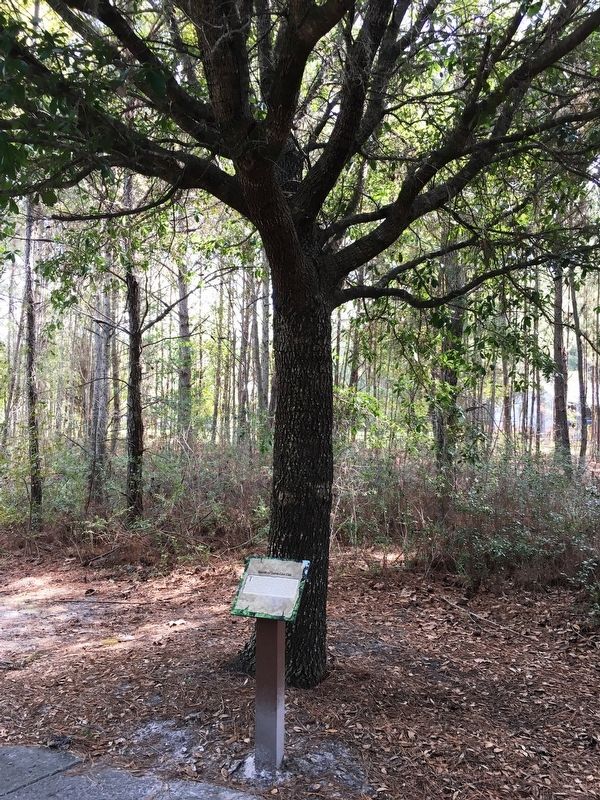