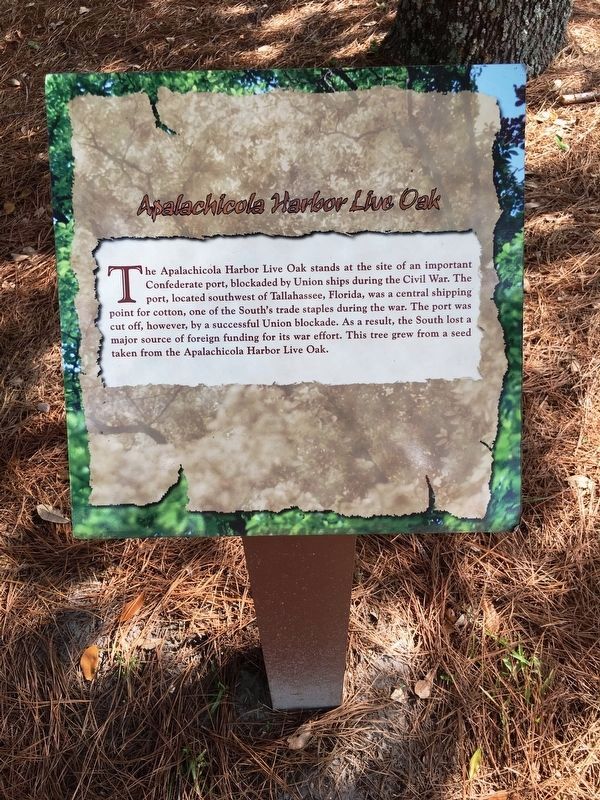 The Apalachicola Harbor Live Oak stands at the site of an important Confederate port, blockaded by Union ships during the Civil War. The port, located southwest of Tallahassee, Florida, was a central shipping point for cotton, one of the South’s trade staples during the war. The port was cut off, however, by a successful Union blockade. As a result, the South lost a major source of foreign funding for its war effort. This tree grew from a seed taken from the Apalachicola Harbor Live Oak.

Location. 30° 20.202′ N, 81° 51.964′ W. Marker is in Jacksonville, Florida, in Duval County. Marker can be reached from Halsema Road North 0.4 miles north of Old Plank Road, on the right when traveling north. Located within the Camp Milton Historic Preserve. Touch for map. Marker is at or near this postal address: 1225 Halsema Road North, Jacksonville FL 32220, United States of America. Touch for directions. 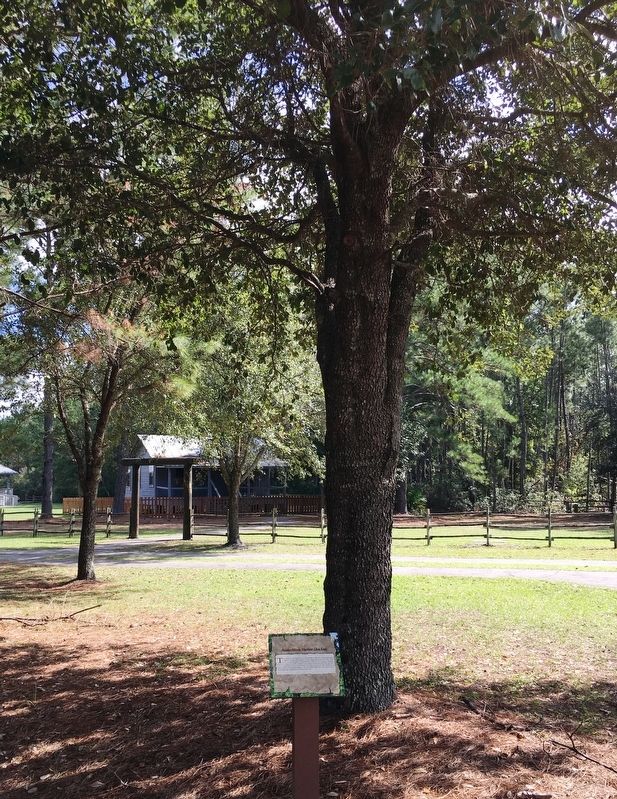