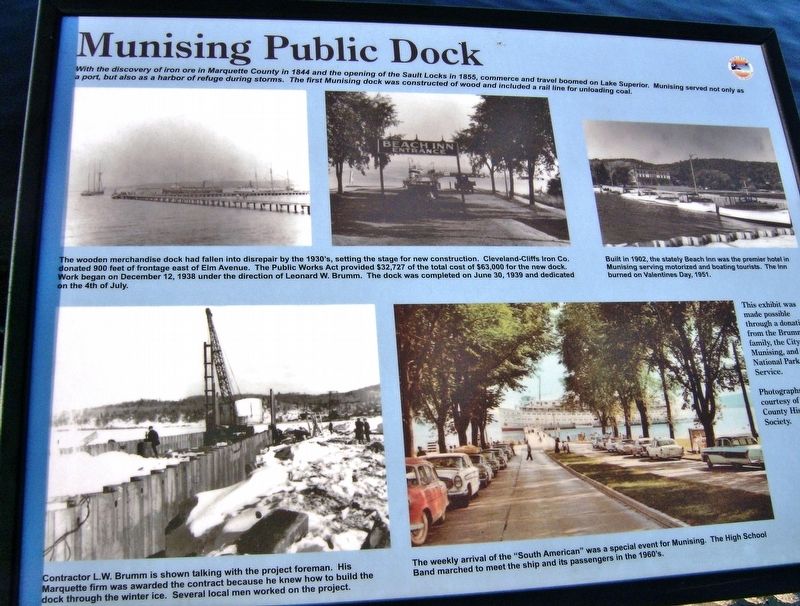 With the discovery of iron ore in Marquette County in 1844 and the opening of the Sault Locks in 1855, commerce and travel boomed on Lake Superior. Munising served not only as a port, but also as a harbor of refuge during storms. The first Munising dock was constructed of wood and included a rail line for unloading coal.

This exhibit was made possible through a donation from the Brumm family, the City of Munising, and the National Park Service.

Erected by Brumm family; the City of Munising; and the National Park Service, U.S. Department of the Interior.

Location. 46° 24.78′ N, 86° 39.225′ W. Marker is in Munising, Michigan, in Alger County. Marker can be reached from Elm Avenue 0.1 miles north of East Munising Avenue (State Highway 28), on the right when traveling north. Marker is located at the north end of Elm Avenue, near the northwest

Courtesy Alger County Historical Society
2. Marker detail: The dock was completed on June 30, 1939 and dedicated on the 4th of July
The wooden merchandise dock had fallen into disrepair by the 1930's, setting the stage for new construction. Cleveland-Cliffs Iron Co. donated 900 feet of frontage east of Elm Avenue. The Public Works Act provided $32,727 of the total cost of $63,000 for the new dock. Work began on December 12, 1938 under the direction of Leonard W. Brumm.

Click or scan to see
this page online
corner of Binsfeld Bayshore Park, overlooking the subject public docks. Touch for map. Marker is at or near this postal address: 355 Elm Avenue, Munising MI 49862, United States of America. Touch for directions. 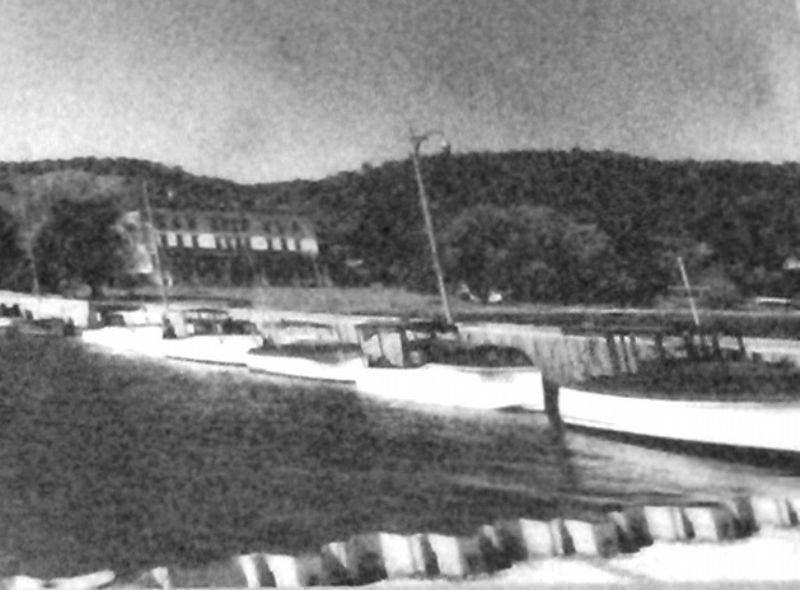 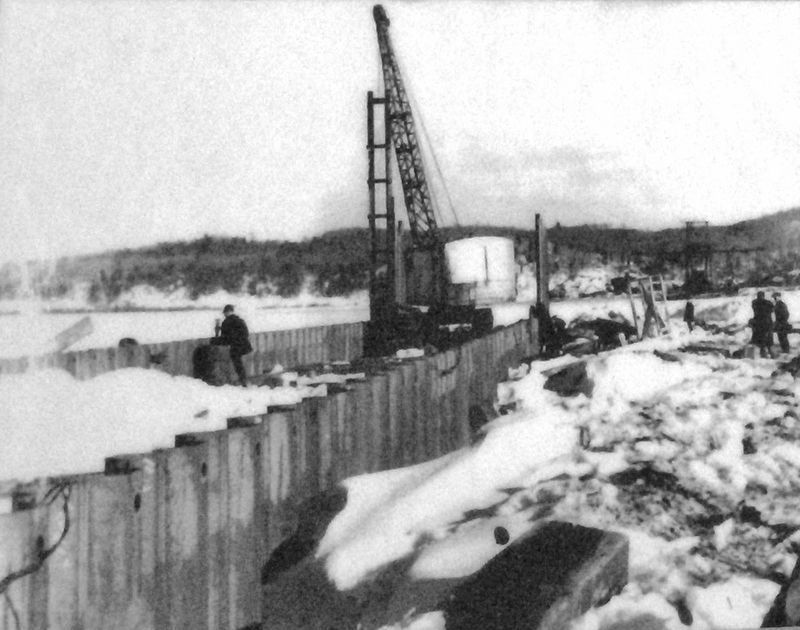 Courtesy Alger County Historical Society
4. Marker detail: Contractor L.W. Brumm is shown talking with the project foreman
Brumm's Marquette firm was awarded the contract because he knew how to build the dock through the winter ice. Several local men worked on the project. 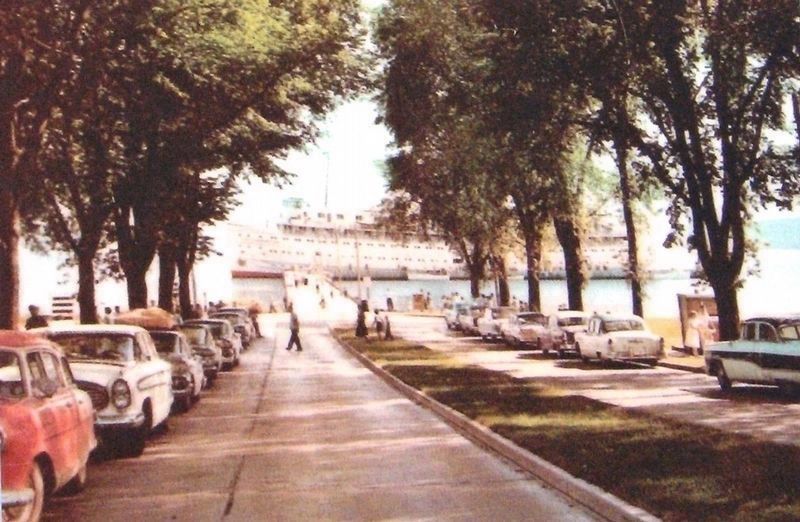 Courtesy Alger County Historical Society
5. Marker detail: The "South American" at the dock
The weekly arrival of the "South American" was a special event for Munising. The High School Band marched to meet the ship and its passengers in the 1960's. 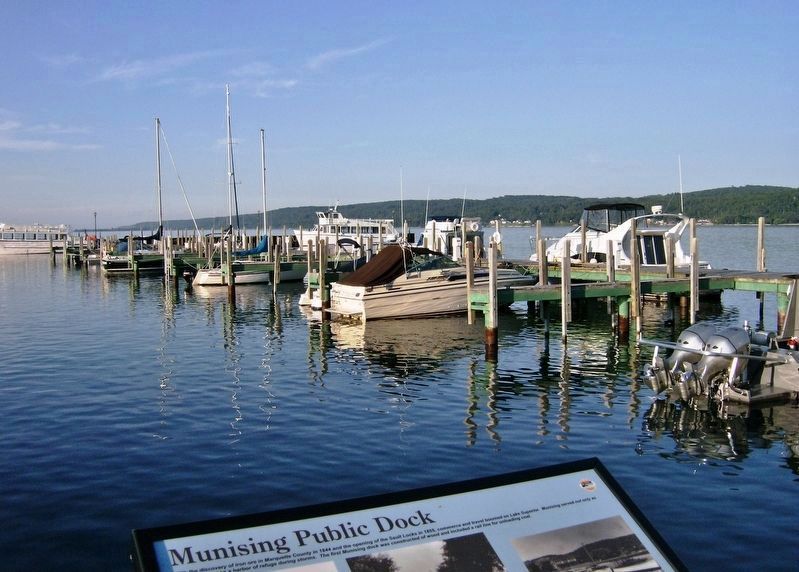