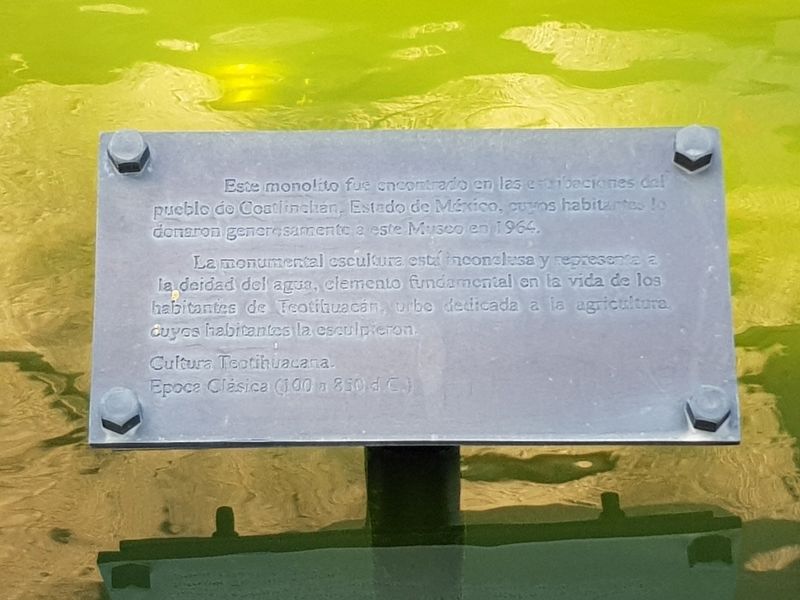 By J. Makali Bruton, November 30, 2019
1. Monolith of Coatlinchán Marker
Inscription.
English translation: . This monolith was found in the foothills of the town of Coatlinchán, State of Mexico, whose inhabitants generously donated it to this Museum in 1964. . . The monumental sculpture is unfinished and represents the water deity, a fundamental element in the life of the inhabitants of Teotihuacán, a city dedicated to agriculture, whose inhabitants sculpted it. . . Teotihuacana culture . Classic epoch (100 to 850 AD) . This historical marker is in Ciudad de Mexico Mexico